OPINIONS Global Britain welcome, but not with menacing and impotent diplomacy

Global Britain welcome, but not with menacing and impotent diplomacy 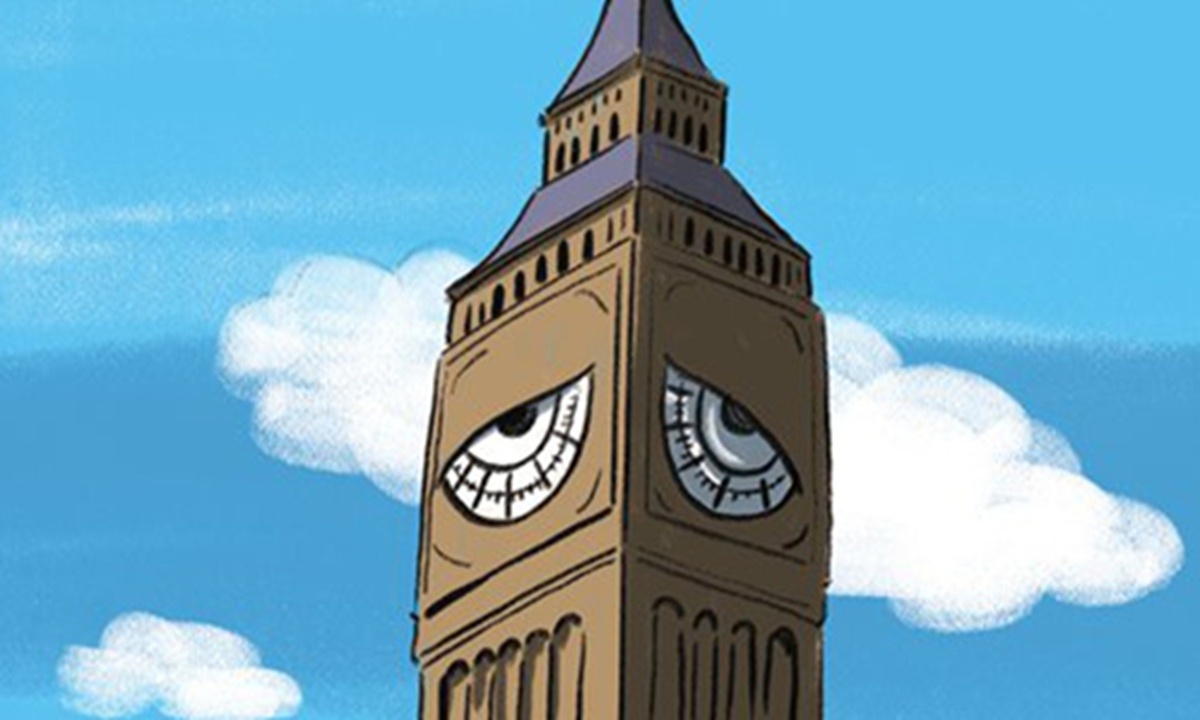 Understandings of China within British political and punditry circles are now aligned to malign the former.

It is evident in what the London-based think tank British Foreign Policy Group (BFPG) published on Tuesday in its 2021 annual survey of UK Public Opinion on Foreign Policy and Global Affairs: It said that 41 percent of respondents regard China as a critical threat, which is up from 30 percent in its 2020 report. The Daily Mail reported on Wednesday that, "The increase in anti-Chinese sentiment comes after a period of intense scrutiny over Beijing's role in British infrastructure and after a ban on the Chinese telecom company Huawei from providing 5G equipment."

Brexit has greatly impacted Britain's domestic and foreign policies since 2016. Both the UK government and people are restless now. As the UK has completed separation from the EU, it is eager to do something on the international diplomatic stage in a bid to revive its so-called major-power status. As a result, London has taken premature moves, especially in regards to China-related topics.

The BFPG believes that, "The Conservative Party is no longer the party of globalization, with the new voters the party has gained since the Referendum shifting its center of gravity toward a more isolationist, security-conscious foreign policy."

Brexit will always be a challenge to Britain's future development as many of its supporters are isolationist. Although both former British prime minister Theresa May and incumbent Boris Johnson deny that Brexit will bring the UK back to self-isolation, many see a growing trend of conservatism in Britain. Demonstrated in foreign policies, such a trend appears to overly emphasize politics, sovereignty and security. A reason for this is: The UK has increasingly stronger feelings of being insecure after Brexit.

Another reason is Britain's perceptions of change in the world order. London views the era as one of a major-power competition, where there is disorder it can take advantage of to increase its strength and expand its influence. Therefore, the UK's policies will probably have a sharp turn in the future.

The UK's restlessness is also related to London's intent to underline its special relationship with Washington. After US President Joe Biden took office, Britain has made many moves to cozy up to the US. As London wants to keep its central position in the West in the post-Brexit era, it has shown a tendency to take sides with Washington against Beijing.

In other words, the UK won't necessarily try to go ahead of the US on many China-related topics. However, it won't lag behind other Western countries in following US steps.

The US and Europe seem to have recovered some solidarity after Biden was sworn in. The UK is trying to take advantage of the momentum to nail its own position between the two sides - if the EU repairs relations with the US, then the UK will likely be marginalized as it has already left the bloc. This is not what London wants. So it will have to put a wedge and move ahead of other continental European countries for an even closer tie with the US.

Feeling more insecure, the UK has to do and say something to assure, and hopefully increase, its international status. This being the case, a relatively stable situation is not beneficial to Britain's pursuits. Global disorder could give the UK more room to maneuver for its wishful diplomatic designs. So London will not only take advantage of the relative disorder but also wreak havoc.

Nearly a year ago on February 26, 2020, the British government set out an integrated review of foreign policy, defense, security, and international development to define Britain's place in the world. The final report will be published imminently. These discussions on foreign policy will, to a certain extent, determine the direction of the UK's diplomacy after Brexit. This perhaps explains why the country's public opinions have recently become noisier, with an increase of explicit actions.

Nonetheless, according to the BPFG, 37 percent of Britons express doubts about any balancing toward Asia. Only 8 percent believe that the Indo-Pacific region should be the center of the UK's foreign policy. But from the perspective of British politicians, it will help the UK assure a global presence - or Global Britain - by asserting itself in the Asia-Pacific or Indio-Pacific region as one of the main diplomatic focuses.

China doesn't oppose Global Britain. Instead, it is willing to see the UK play a more active and positive role in international affairs. But a Global Britain drive doesn't mean that the UK should seek to milk China-related topics or try to validate its presence in the Indo-Pacific region.

It is hoped and welcomed that the UK has an open diplomatic agenda. But this shouldn't be achieved at the cost of China-UK relations or with biased emphasis on politics and security preconditions. Britain should strive more to promote economic and trade prosperity and cooperation in the Asia-Pacific region. It should not send menacing warships and meddle in regional affairs.