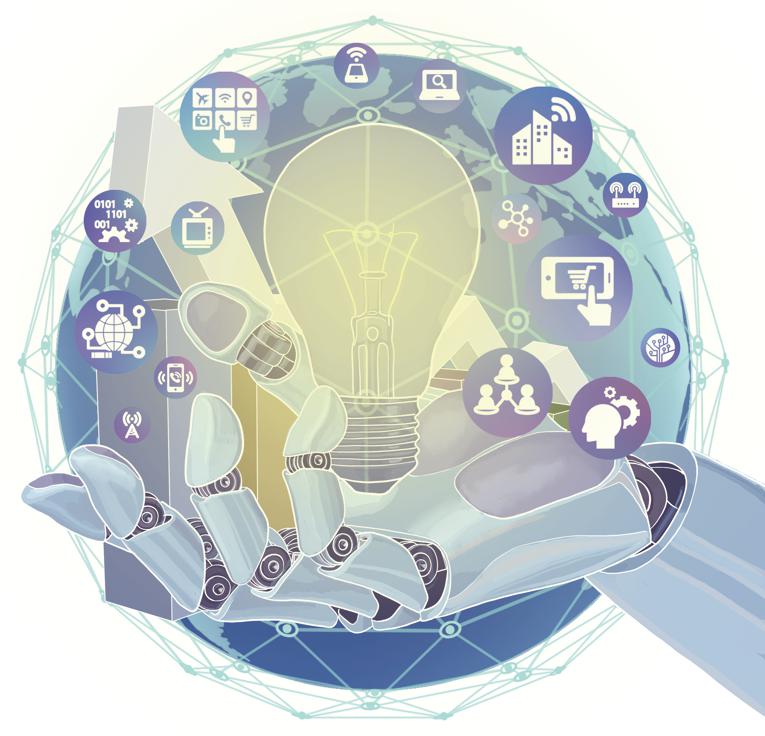 Fast-growing companies and start-ups were once the preserve of Silicon Valley and Seattle. No longer.

Today, the United States boasts several innovation hotspots, including Austin, Miami, New York City, and Washington, DC. In recent years, similar hubs have also emerged in Europe, including in Amsterdam, Berlin, Helsinki, London, Paris, and Stockholm. But this phenomenon is no longer limited to the advanced economies of the West. In fact, start-up culture has gone global.

At the top of the list of innovators is China, with India close behind. But unicorns (private companies with a valuation above $1 billion) can be found in a wide range of countries, including emerging market economies and newly advanced economies, such as Brazil, Indonesia, Israel, Japan, Nigeria, Singapore, and South Korea.

The largest share of high-growth companies can be found in financial technology, or fintech, with other key sectors, including e-commerce, internet software and services, healthcare, education technology, artificial intelligence, cybersecurity, and supply chain logistics and delivery, not far behind. One common thread is obvious: the digital economy.

To be sure, that is not the whole story. Significant activity, growth and value creation can also be found in sectors relating to the green energy transition and the circular economy. For example, the Paris-based Back Market－which has a valuation of $5.7 billion－facilitates the refurbishing and recycling of electronics, thereby helping to tackle the world's growing e-waste problem. Biomedical science－with its applications in medicine, health, agriculture and synthetic biology (devising new biological parts, devices and systems, or redesigning those found in nature)－is another notable area of innovation.

The digital domain has provided particularly fertile ground for innovation around the world. This largely reflects its growing accessibility, enabled first and foremost by the rapid expansion of the mobile internet. With more than 6.6 billion smartphones in use today, the market for digital services delivered on the internet is massive, comprising nearly 84 percent of the world's population.

Equally important, a combination of public and private investment has increased the speed and quality of mobile-internet connections and reduced the costs of both internet-enabled devices and streaming data. As I wrote last year, India is a prime example, of how availability and affordability support the emergence of new economic ecosystems within which innovation, entrepreneurial activity, and expanded consumer services can thrive.

Low barriers to market entry also help: capital requirements are small, and a large and growing supply of creative talent is available to staff startups. Moreover, for many digital-service businesses, costs tend to be concentrated in software and development, with accessible cloud-computing services eliminating the need to create and manage a vast information technology infrastructure. So, the marginal costs of adding potential customers are low. Scaling up may not be a trivial challenge, but nor is it very expensive.

And there is plenty of space to scale. For internet-based businesses, the addressable total market is often large. In many areas, such as software, it spans the globe. Chinese estimates indicate that the average distance between seller and buyer on e-commerce platforms is roughly 1,000 kilometers, compared with 5 km for a traditional retail or service business.

Internet-based businesses, from e-commerce to fintech and education technology, do not only claim customers from traditional companies; they also serve consumers never reached by traditional companies in the first place. In developing economies, in particular, the incentive to invest in digital infrastructure and the expansion of mobile internet is thus extremely strong, aligning profit-oriented private business models with the goal of inclusive economic growth.

While the internet has removed many geographical barriers, high-growth companies cannot emerge just anywhere. In fact, although such firms can be found in more countries than ever, they remain concentrated in entrepreneurial hotspots. For example, of the 24 unicorns in Germany (as of March 2022), 17 are based in Berlin and five in Munich. Of France's top 24 unicorns, 19 are based in Paris and one in a Paris suburb.

This concentration reflects the importance of local ecosystems that support entrepreneurial activities, including venture-capital industries, growth-equity platforms, legal and recruiting services, and effective regulatory frameworks. A variety of hard and soft infrastructure can also enhance the efficiency and dynamism of the innovation process, but that tends to develop over time.

Multinationals often drive progress in these support sectors, bringing to bear their experience, capabilities and global connections. But these firms do not simply apply the same business model in new environments, flying in existing staff to lead the process. Because the opportunities vary from country to country, and meeting local needs requires an understanding of local problems, firms must seek talents with detailed knowledge of domestic conditions and links to local entrepreneurs.

Such talents must be integrated into a cohesive company structure and culture. But it is a highly interactive local network－one that is decidedly not virtual－that forms the core of an entrepreneurial ecosystem that can facilitate the transformation of innovative ideas into viable businesses. Experienced angel investors are often a key part of such a network, as are investors who view themselves as company-builders, as opposed to just risk-takers. Universities often play an important role, because they tend to be open meeting places and sources of young potential entrepreneurs.

In this digital age, all countries can and should aim to develop hubs of innovative entrepreneurship. But, to succeed, they must cultivate its key ingredients, especially human capital, digital network infrastructure, a favorable regulatory environment, and policies that encourage funding.

In all their efforts, they must bring to bear an understanding of the characteristics of the local ecosystems in which innovation thrives. Tech entrepreneurship has become global, but its beating heart remains local.