OPINIONS Going to your partner's hometown during Spring Festival

Going to your partner's hometown during Spring Festival 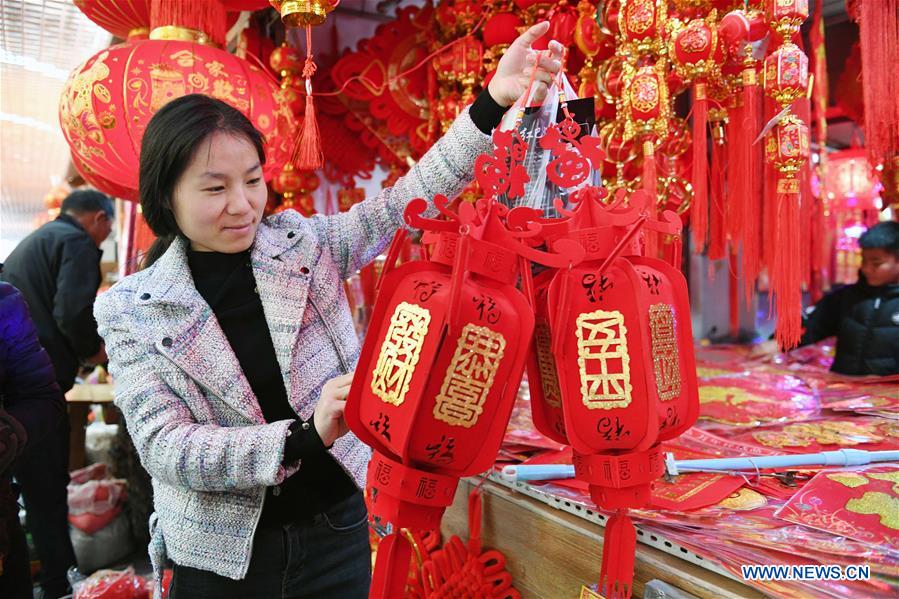 Many foreigners living in China, whether for work or study, sooner or later may find themselves romantically involved with a local person. Despite the possible cultural barriers and difficulties associated with cross-cultural relationships, this is a very common and natural thing to happen, and may eventually become a long-term and serious relationship.

However, for foreigners, one of the main obstacles is meeting the family, especially during a holiday visit.

During the Spring Festival, foreigners in a serious relationship will know that their partner most probably will want to return to their hometown, or "LaoJia" (老家) to be with the extended family. If the relationship has become a serious one, you will be expected to make a visit as well, and probably spend a couple of nights under the family roof.

Ahead of the Spring Festival last year, I made my decision to visit my partner's hometown. Naturally, I was nervous, and had a million questions and concerns running through my mind about the upcoming experience.

As I would find out, however, this can be one of the most rewarding things that one can do during their time in China; celebrating the Chinese Lunar New Year perhaps in some remote part of the rural landscape, where tradition prevails in its true and authentic form.

Like many of the younger generations living and working in the big cities, my partner's roots are in the countryside, where her parents, grandparents, and most other relatives live in an old cozy village atmosphere, within walking distance of one another. So, we made the three-hour drive up to the hometown, passing some mesmerizing scenery on the way, and feeling the crisp fresh and freezing air of the countryside.

This presented a very nice break from the busy, overcrowded cities we are used to; however, it also made clear of what kind of place I was going to be staying in for the next few days.

We arrived at the grandparents' modest village home, where the family had lived for generations, and where my partner spent the early part of her childhood, before moving to the city. In these types of traditional village homes, there are no real beds or dining tables.

The living room, which serves also as a dining room, will often have a "Kang" (炕); a heated brick platform, which serves as bed, table, or general resting surface. A normal sized Kang can accommodate several people on it, and it is where most of the family will sit and spend time throughout the day.

If there is no separate dining area, during meals a smaller wooden table will be placed in the middle of the Kang, and be used for serving food. It takes some time getting used to it at first, but anyone who has had the chance to have a meal on a nice, warm, crowded Kang will know that there is no better place to be in winter.

As customary during the festival, food was served in excess, and alcohol was a major ingredient. After the first few beers, I gathered the courage to try some horse milk wine – my personal favorite. I knew that drinking was going to be a big part of the celebration, but did not expect to be wobbling my way down from the Kang before 1 p.m.

The festive atmosphere began to set in as early dusk came around, and neighbors and friends from around the village stopped by every few minutes, bearing gifts and blessings. As the sun began to set, and everyone began to liven up, it was time to resume eating.

Even more relatives came, and the small dining room became the scene of a crowded and happy little party in a matter of minutes. As the food was served, CCTV's widely-watched Spring Festival Gala had begun, and we all watched and laughed at the funny skits.

The dinner lasted for many hours, with lots of eating, drinking, and playing Chinese card games. When midnight was just around the corner, I was called outside by some of the cousins to help carry out boxes from the storage unit adjacent to the house. I soon realized that the boxes were crammed with fireworks and firecrackers.

We lined up the boxes along the empty road facing the house, and waited until midnight to light up the starry sky above the village. We joined in with the rest of the village fireworks show, and for a good 20 minutes there was an absolute chaos of noise and lights, a truly magnificent sight.

The night finally started to die down around in the early hours of the morning, and I was surprised at how I was still able to keep awake and coherent throughout this crazy day. However, I crashed onto the Kang, and had one of the deepest sleeps of my life for a good three hours, before being awakened by the call of the rooster outside my window at dawn.

We spent the next three days following a similar trend of unfathomable food and alcohol consumption, and deep talks into the nights. In the span of four days, I was able to drastically boost my Chinese level, and even learn a lot of the unique dialect typical to the region in which we found ourselves.

The return to city life was refreshing, but I also felt incredibly lucky to have experienced this festival in its most authentic way. Undoubtedly, it got overwhelming at times. In the end, however, I knew that it was all worth it. I left with a much broader understanding of true Chinese culture, and with a bag full of amazing stories to tell in the future.

Ma Long is an Israeli freelancer based in Dalian, China.