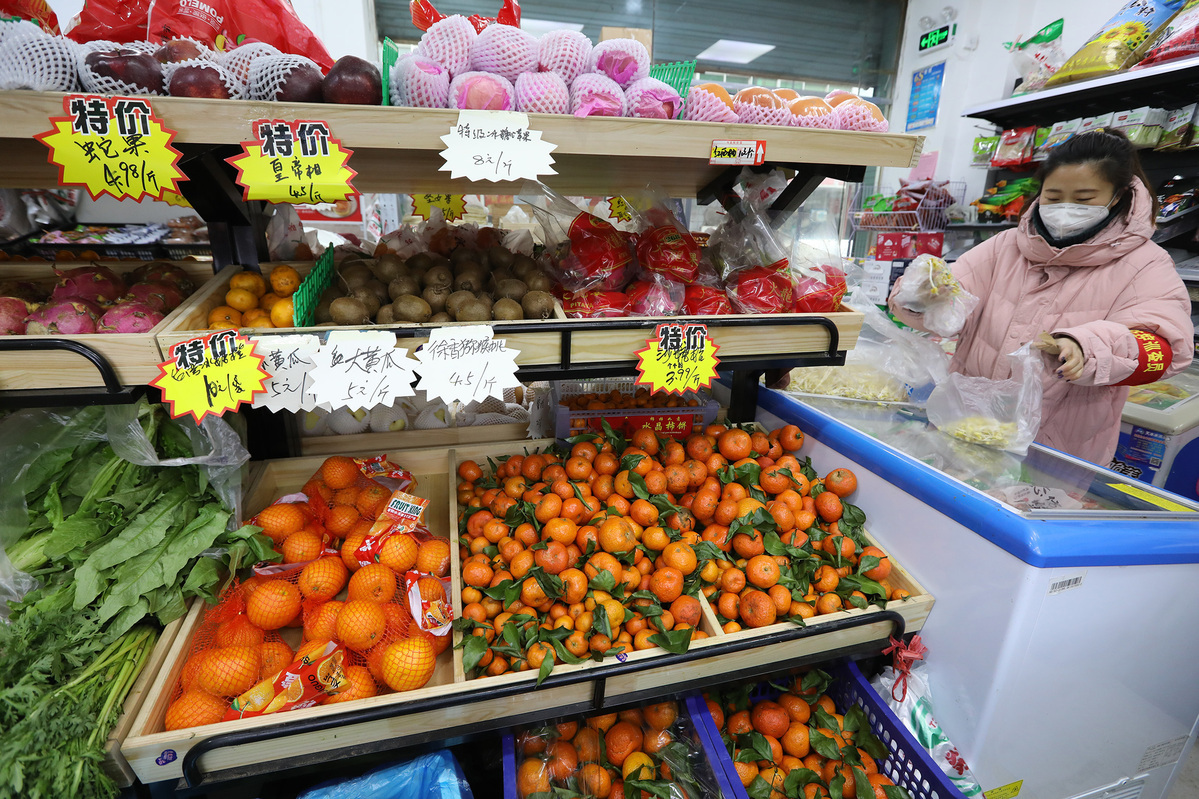 A consumer buys vegetables at a grocery store in Zhengzhou, capital of Henan province, on Feb 6, 2020. (Photo: China Daily)

At times of crisis such as the novel coronavirus outbreak, it is human nature to try and assert some control over the situation by panic buying. Ensuring one has what one is used to in one's daily life as much as possible provides some psychological succor in times of distress and eases worries about potential food shortages in the future, since it is also human nature to err on the side of caution knowing that something worse can and could happen further down the line.

And since poor people spend a much larger percentage of their income on food than those who are wealthy, even a slight increase in food prices could severely affect the quality of life for the poor.

Which is why the government has acted swiftly to nip panic buying in the bud. First, by clamping down on rumor-mongers. A grain store owner in Xintai, Shandong province, was detained last week for spreading false information about food shortage to promote his own sales. Officials have also released detailed information about China's food supplies which they say are more than sufficient for domestic consumption.

The country's grain output has increased for five consecutive years, with per capita food output now being around 470 kilograms, far above the internationally recognized food safety line of 400 kilograms, according to the Ministry of Agriculture and Rural Affairs. Although some countries such as Vietnam and Kazakhstan have started to restrict grain exports, imports only accounted for 2 percent of China's total grain consumption last year, which means the export ban barely affects China's food supplies.

Such figures should offer some comfort to those who may be anxious. Yet they do not mean the government can relax its vigilance on the issue of food safety.

China's consumer price index, a main gauge of inflation, remained above 5 percent in the first two months of the year, driven mainly by a surge in food prices because of the disruptions to distribution caused by the novel coronavirus epidemic. Inflation pressure is likely to intensify in the months to come. Thus government officials, while trying to guarantee undisturbed food supplies for consumers, must also ensure that the poor can always afford to feed themselves no matter how long the public health emergency may last. Free meals programs for the poor in some countries such as the United States may serve as an inspiration in this regard.

Only when the weakest and most vulnerable are well taken care of can a society as a whole feel safe and secure and rid itself of the fear of food shortages.