Greater awareness behind care for elephants 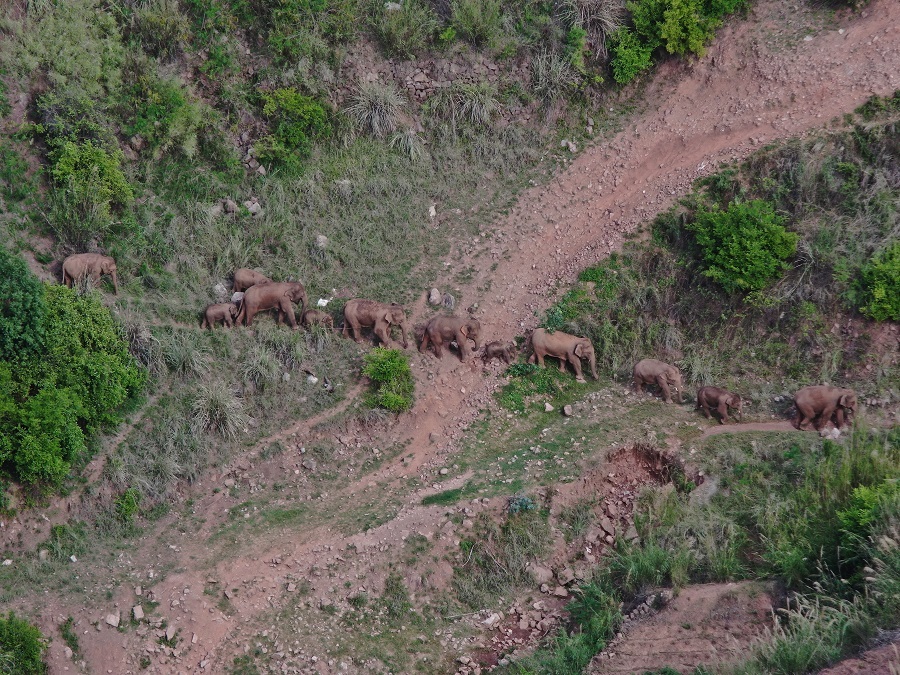 The national and international focus on a herd of wild elephants which has traveled from Yunnan's Xishuangbanna Dai autonomous prefecture to the provincial capital Kunming has been unprecedented. And it is not only the elephants themselves and their behavior that have attracted people's attention, but also how much care local villagers and governments have shown the animals.

The incident has turned out to be an eye-opener about how much Chinese people's awareness of wildlife protection has been raised.

The trek of this herd of pachyderms has covered almost half of Southwest China's Yunnan province. Wherever the elephants have arrived, local governments have adopted various measures to evacuate villagers so as to make way for them, and where possible food has been provided for them so they detour around villages in order to protect the property and ensure the safety of villagers.

Even when the elephants have intruded into villages and damaged properties, the villagers have done nothing to hurt the huge animals, as they know they are under A-level state protection.

The herd has been kept under constant monitoring, but the drones that have been used to take photos and videos recording their movements have kept 100 meters above the elephants in order not to disturb them.

Indeed, the country has done a great deal for ecological conservation and wildlife protection. Yunnan province alone has established 21 national level nature reserves and hundreds of local level reserves, which have effectively preserved its valuable ecological environment and habitats for wildlife. At the same time, a severe crackdown has been carried out on the poaching and trading of wild animals.

As a result, the number of wild elephants in the province has increased from around 150 three decades ago to about 300 today. Wild elephants were only found in three counties of two prefectures in the early 1990s, and now they roam around more than 55 townships of 12 counties, evidence of how the ecological environment has improved.

It was reported that the elephants are beginning a journey to return to the south. Their trip has provided not only an opportunity for ordinary people to know about the pachyderms but also a chance for experts to know more about the animals for better protection of their habitat.

Despite the great efforts China has made to protect biodiversity, there is more to be done to promote green development and advance ecological conservation in a bid to contribute Chinese wisdom to global ecological development and build a community for all life on earth.