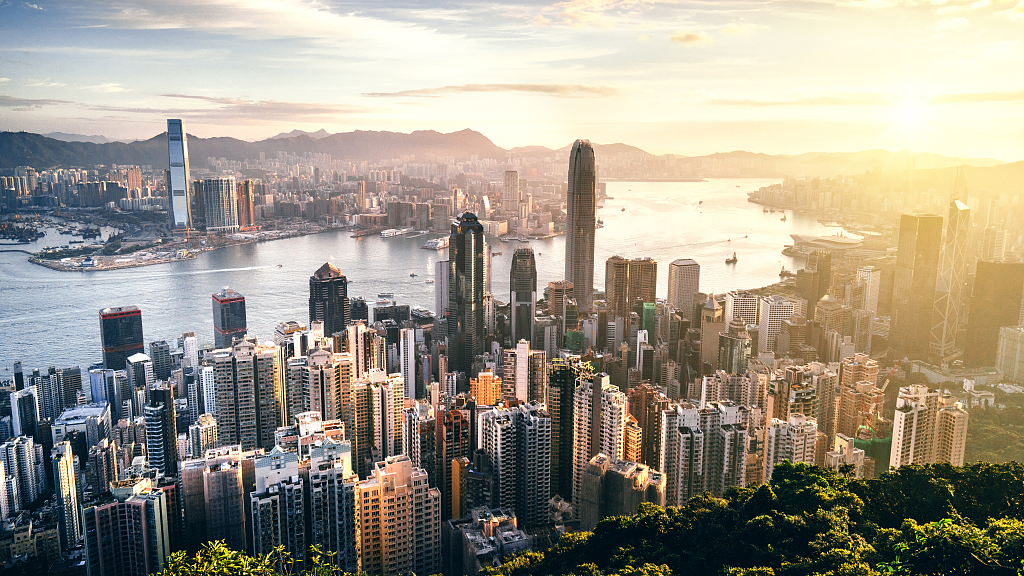 The first mission of "Icebreakers," a group of British businessmen who intended to break the Western embargo on China, passed through a war-torn Hong Kong in 1953 as they traveled for the first Western trade mission to China. For over 150 years, Hong Kong had been an important port for trade between China and the West.

As China transformed its broken economy and moved out of abject poverty and plagues to employ, educate, house and provide a modern life for its people, Hong Kong has matched that development and increased its role in China's trade with the world.

Now China's hugely innovative and successful modernization is moving into the next stage of development toward its long-term goal of becoming a modern country that is "prosperous, strong, democratic, culturally advanced and harmonious" by 2049 – just 30 years away.

It has formulated and implemented a range of policies that will contribute to reaching this goal, among which the establishment of the Guangdong-Hong Kong-Macao Greater Bay Area (GBA) will have long-term implications for Hong Kong's development.

Making the Greater Bay Area the dynamo for the new changes echoes what happened following the establishment of the Shenzhen Special Economic Zone in 1984. That zone transformed Shenzhen as well as Hong Kong, bringing prosperity in ways that have never been dreamed of.

The GBA will lead a modern China to its new forms, and link it trans-nationally with nations all around Southeast Asia and beyond. Shenzhen has an abundance of powerful companies that are changing the inventions and innovations of the world from internet banking to 5G.

A major part of Hong Kong's success story can be attributed to the fact that the city has transformed from a powerful manufacturing base to a modern source of financial services and innovation in the past, and that it is a Rule of Law society and among the best in the world.

This new GBA may well be the basis for Hong Kong for the next 150 years and it will be up to the leading sections of Hong Kong to grasp this opportunity and lead Hong Kong to the future.

During prosperity, there are occasions where some may feel frustrated, and this is happening in Hong Kong right now. Decades of roaring property prices have left the young feeling hopeless to find homes for themselves.

This problem needs solving. The people of Hong Kong can now look forward to the whole GBA as a place where new opportunities will emerge.

The GBA covers nine cities in south China's Guangdong Province and the country's two special administrative regions of Hong Kong and Macao. Obviously, Hong Kong is currently the most advanced among them.

The rest will have to modernize to its level. This will lead to more connected transportation and communications in the region, which will become the envy of the world. There is a new world for Hong Kong.

Sometimes change can be daunting and some may wish to stay separate and as they are. However, Hong Kong has no future if it stays unchanged. It is a global leader in finance, innovation and Rule of Law and needs to grasp the new opportunities.

Good luck to Hong Kong and do not miss the opportunity as other cities will seize the moment, but Hong Kong is well ahead of all except Shenzhen. Together they can make a new future with prosperity and opportunity.

But first and foremost, the Greater Bay Area, including Hong Kong, needs stability. Hong Kong needs more of the sharing that Chinese President Xi Jinping has promised for China. I am sure that will come but after stability is restored.