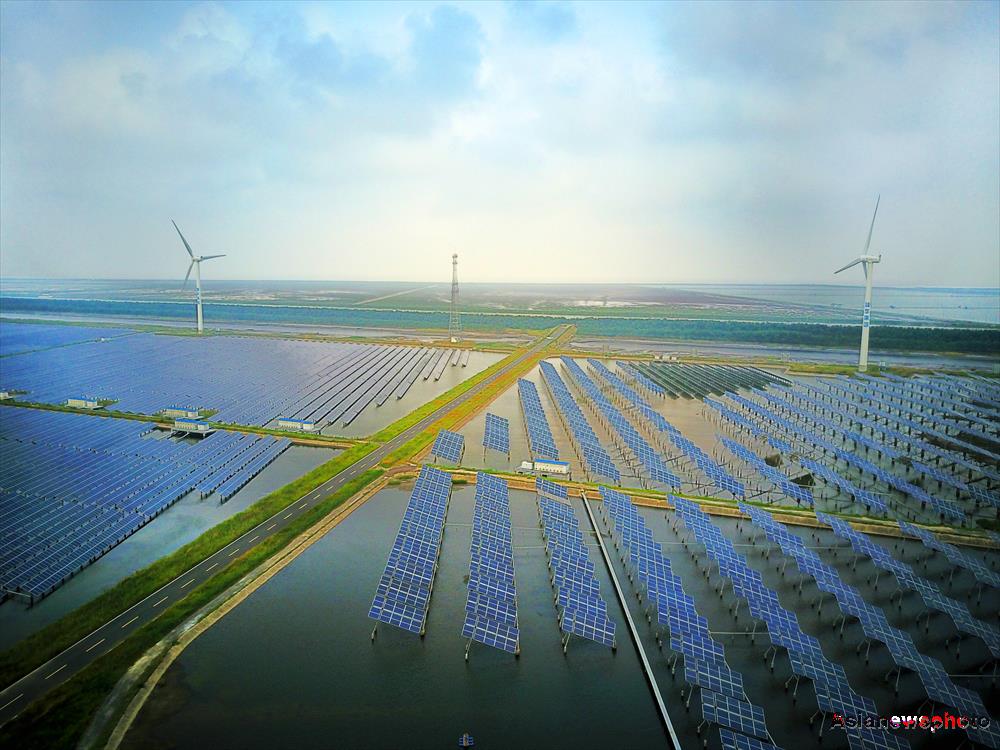 When negotiating peak carbon emission goals with the United States in 2014, Xie Zhenhua, China’s special representative on climate change affairs, rejected the proposal “by 2030” and insisted that it be “around 2030”.

Todd Stern, chief climate negotiator for the Obama administration, recollected the exchanges at a global climate change forum at Tsinghua University on May 23. The 68-year-old Xie, sitting by his side, was beaming at the words of his 67-year-old counterpart, now seemingly recollecting with pleasure the days of stressful negotiations.

It was after months of negotiations four years ago on how the two major economic powers could curb global carbon emissions that Xie and Stern finally agreed that China would commit to peaking its carbon emissions and increasing non-fossil energy to 20 percent of its energy mix "around" 2030.

Based on the negotiations, Chinese President Xi Jinping and his then US counterpart Barack Obama signed the China-US Joint Announcement on Climate Change.

The target for the peak of carbon emissions is significant as it sets a template for a country's change in its energy-consumption model, thus contributing to the global fight against climate change.

Negotiating on using "by" or "around", Xie was trying to buy time for China, because he was not confident that the country could achieve the ambitious goal of peaking carbon emissions in 15 years.

On May 23, nearly four years after the bargaining for “around" or "by”, Xie boldly stated in front of his old sparring partner it was probable that China would peak carbon emissions by 2030.

“We promised to peak around 2030. There is an additional commitment saying we strive to antedate the schedule,” said Xie. “I now think it is possible that we peak by 2030.

“We targeted a decrease in carbon emission intensity by 40-45 percent by 2020. We realized that goal by the end of last year with a decrease of 45 percent. 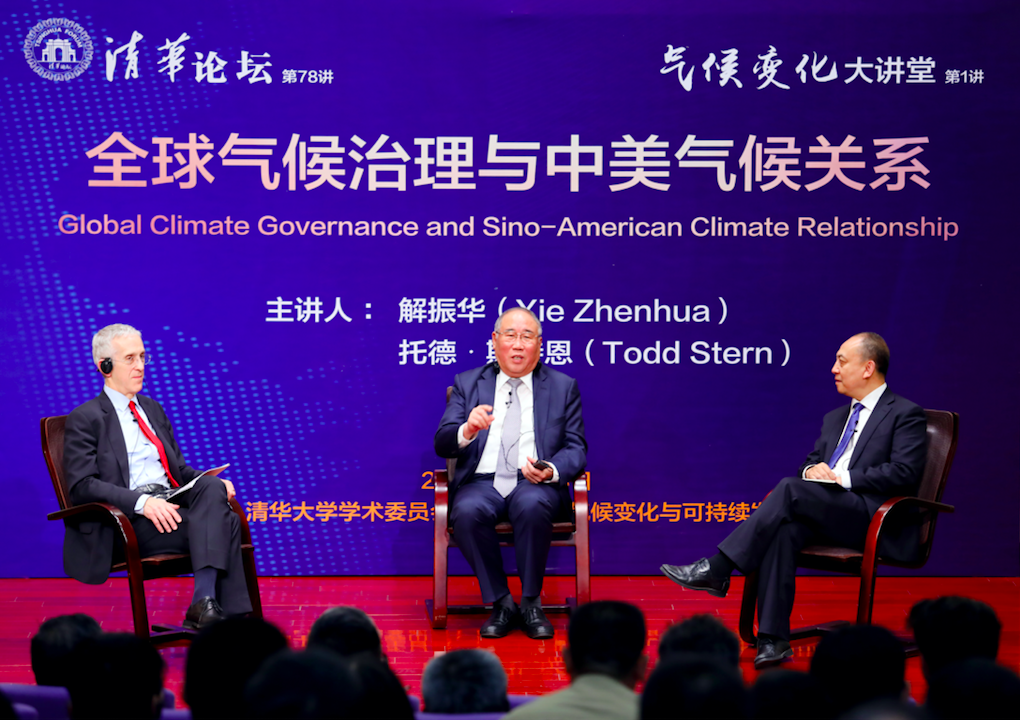 One year after China and the US reached agreement, President Xi reiterated the commitment at the historic Paris Climate Change Conference and added that China would reduce its carbon intensity 60 to 65 percent from the 2005 level around 2030.

A recent research report shows the bright side. According to the China Energy Modeling Forum report released on May 18, China’s energy-related industries will peak carbon emissions from 2025 to 2030, with differences in peaking levels.

The forum, jointly held by Tsinghua University and the Environmental Defense Fund based in New York, collaborated with several domestic universities, think tanks and research institutes to simulate carbon emission peaking scenarios and industry-level energy models, and compared them.

“The carbon emissions of steel and cement industries will peak from 2015 to 2020, while uncertainties exist in electric power and transportation industries,” said Liu Qiang, director of the strategy and planning department of the Beijing-based National Center for Climate Change Strategy and International Cooperation.

Demand for steel and cement, key energy-consuming industries, would decrease in 10 years, so the peaking of these two industries would come before 2030, he said.

On the other hand, Liu added, both power and transportation sectors will see significant increase in demand but they also have low-carbon alternatives. The use of renewable and non-fossil energy in the power industry will further increase, the level of which will be determined by technological competitiveness and policy-making.

In transportation, the increasing market share of electric vehicles will bring forward the peak date and reduce the peak level of the industry. Future development will still be influenced by the cost of batteries, infrastructure construction and policies.

Zhou Dadi, former director of the Energy Research Institute of the National Development and Reform Commission, believes it is likely that China will peak carbon emissions from 2020 to 2025.

“Peaking as early as 2020 to 2025 will not have a negative impact on the Chinese economy as long as we don't make mistakes,” said Zhou.

Zhou, however, expressed concern about the current development in the energy industry.

“Many investments are inappropriate and blind. High-energy-consuming industries are still expanding. Many power plants are being built but do not generate electricity well. All of these will lead to a rebound of coal consumption.

“China’s development should no longer adopt the model of scale expansion and we must look for new growth momentum.

“If we can ensure that low-carbon development facilitate of China’s economic restructure instead of hindering economic development, we believe that considering the current real estate market and infrastructure construction, it is reasonable that it will peak by 2025.”

Possibly it is on the grounds of these arguments that Xie expressed his confidence on China’s peaking date at the end of the reunion with Stern.

From 1980 to 2002, China experienced a 5 percent average annual reduction in energy consumption per unit of GDP. But in a dramatic reversal of this historical trend, energy intensity increased 5 percent per year during 2002–2005.

The 12th Five-Year Plan (2011-15) was a major transformation period in China’s economic and social structures, focusing on ECER. The plan devotes considerable attention to energy use and climate change. Some of the targets represented moredramatic moves to reduce fossil energy consumption and promote low-carbon energy sources. To achieve this target, China set a target of reducing carbon intensity 17 percent from 2010 levels by 2015. Also, China set a new target to reduce energy intensity by an additional 16 percent by 2015.

The 13th Five-Year Plan (2016-20) focuses on developing safe, clean, efficient and sustainable energy systems. In addition to achieving the reduction of carbon emission intensity of 40-45 percent, which China promised in 2009 in Copenhagen, and meeting the goal of carbon emissions peak around 2030, the goal of energy consumption per unit of GDP is a reduction of 15 percent from the 2015 level.

(Zhang Yanfei contributed to the story.)