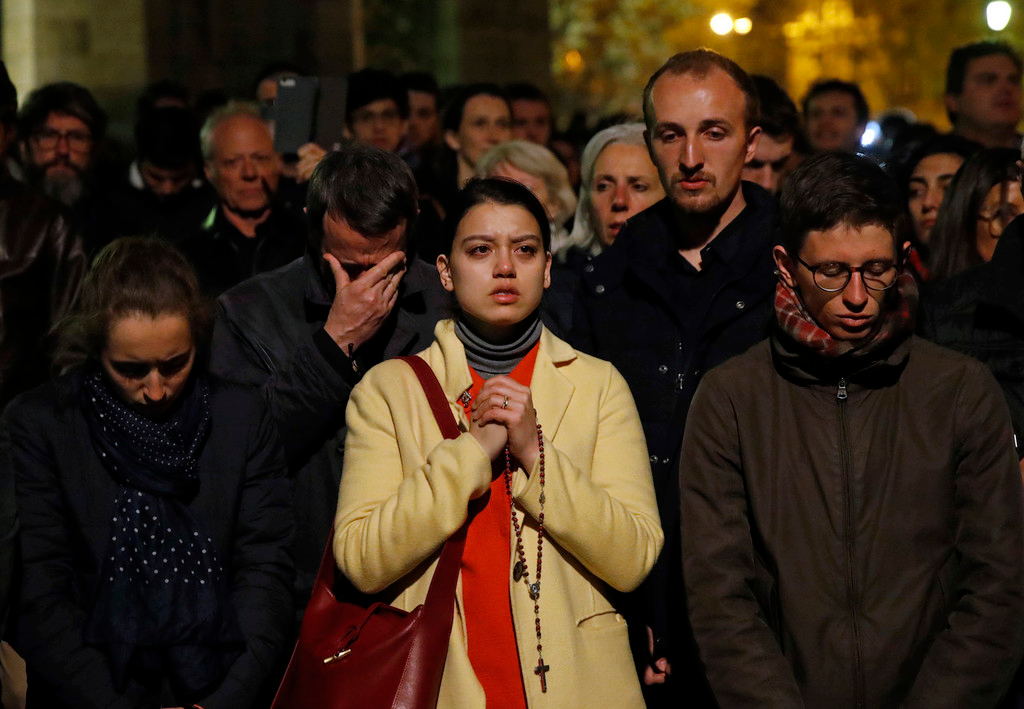 While there are no doubt exceptions, most people are saddened by the misfortune that befell Notre Dame Cathedral on Monday evening.

It was heart-wrenching to see the iconic spire and roof of the world-famous historical, religious and architectural monument engulfed in conflagration.

The devastation coincides with Holy Week, the most sacred period on the Christian calendar, which has acerbated the distress to the religious community.

The Gothic architecture, located in the center of Paris in the embrace of River Seine, is not only a historical landmark of the city, but a popular tourist destination, one that ranks high on the must-see lists of Chinese visiting France.

As in many other countries, Notre Dame Cathedral is widely known in China thanks to Victor Hugo's novel The Hunchback of Notre Dame.

And there is a sentence in the book that summarizes what Notre-Dame stands for: "Every part, every stone of this venerable monument is a page not only of the history of the country, but of that of science and art." Which is why the harm Notre Dame has suffered has been felt so keenly around the world.

Which is why it is heartening to see people outside of France making fundraising appeals for restoring the historical landmark, even before the blaze was extinguished. It would be wonderful to see the best the present-day world has to offer converge in fulfilling such a challenging task.

Given our country's longstanding commitment to the preservation of world cultural heritages, given our countrymen's special enthusiasm for French culture, as well as the historical China-France friendship, it would be great if we could see Chinese participation in the upcoming restoration projects.

At the same time, it is important that the authorities here that are charged with protecting the country's cultural heritage, heighten their vigilance. As Notre Dame shows, just because something has survived the risks over time that does not mean it is immune to them.

While the cause of the Notre Dame fire is yet to be determined, fire hazards are arguably the most prevalent threat to historical monuments and cultural relics.

The September 2018 fire that destroyed the Brazilian National Museum and 90 percent of its collection was only the most extreme case in our memories. In our own country over the past few decades, many precious historical landmarks and relics have been lost in flames.

A January 2014 fire in Shangri-La, Yunnan province, for instance, destroyed the ancient town of Dukezong.

The recent craze for lighting up landmark ancient architecture, including the Palace Museum, adds to the potential fire risks.

The Notre Dame fire is a fresh reminder of the vulnerability of historical monuments, a lesson we must keep close to heart 24/7.