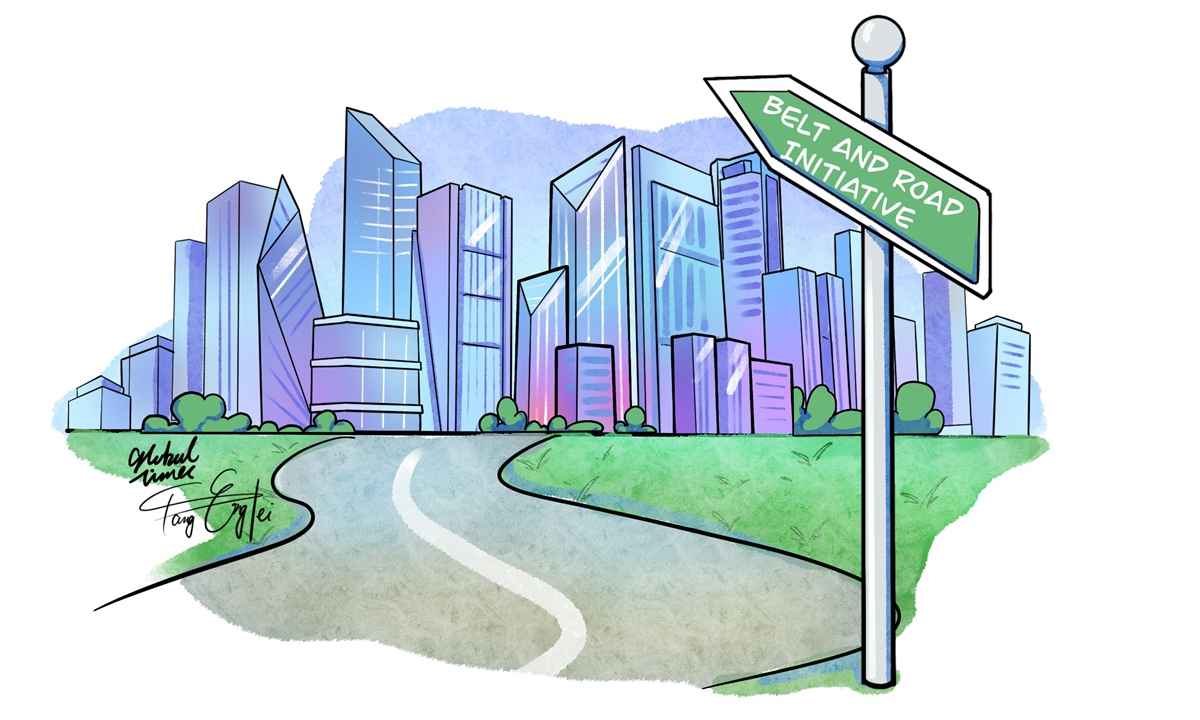 As Giorgia Meloni, leader of Brothers of Italy party, looks set to become Italy's first female prime minister at the head of its most right-wing government since World War II, how the new Italian government will handle its relations with China has drawn widespread public attention.

During the election, Meloni had made some tough remarks toward China by indicating that she would not renew a Belt and Road Initiative (BRI) deal with China, according to media reports.

It is hard to tell whether Meloni's tough attitude toward Italy's cooperation with China during the election campaign resulted from her desire to win more support by going along with the West's tough line on China, but it is our sincere hope that the new Italian government will stick to a pragmatic approach to normal economic and trade cooperation with China.

In 2019, Italy signed on to the China-proposed BRI, becoming the only G7 country to do so. Given the dire economic situation faced by Italy at that time, it was regarded as an inevitable choice determined by its national conditions. The Italian economy had been in trouble for years since the 2008 financial crisis. And as a member of the EU and of the eurozone, Italy cannot freely determine its own monetary and fiscal policies to boost its economy. Under such circumstances, it is essential for Italy to inject momentum into its sluggish economy by expanding foreign cooperation, with China as one of the most important partners.

Indeed, the BRI has in many ways met Italy's expectation of lifting its economy. Trade between China and Italy hit a record high of $73.95 billion in 2021, up 34.1 percent year-on-year. In the first seven months of this year, bilateral trade grew by 16 percent year-on-year. Italy is also the European country that has signed the most agreements on agricultural exports to China.

Also, as a key part of the BRI, large-scale infrastructure cooperation has presented new opportunities for Italy's economic development. For instance, at the end of 2019, construction of Italy's first semi-automated Vado Gateway Terminal, built with Chinese investment, was completed. This is a telling case of China-Italy cooperation under the BRI. Italy has a favorable geographical location in the Mediterranean region, and with the upgraded infrastructure, its position in the regional maritime transport could be improved, thus enhancing Italy's economic strategic position in Europe.

We noticed that Italy's policy on cooperation with China's Huawei has been loosened and has not fully complied with the strategic arrangements of the US. In June 2021, Vodafone's Italian unit has secured conditional approval from Rome to use equipment made by Huawei in its 5G radio access network, Reuters reported.

Unfortunately, as a result of geopolitical changes, a very hostile political atmosphere has emerged in Western countries, which have shown growing vigilance and resistance toward China's participation in economic cooperation. In particular, the EU is under the US pressure to draw ideological line in normal cooperation, especially in terms of 5G and other high-tech areas. But this politicized approach toward economic and trade cooperation will not only fail to address the challenges and difficulties that Europe faces, but will also create even greater dangers for the future.

Normal infrastructure cooperation between Italy and China has faced controversy in Europe over the years. As Chinese companies go to Europe, Europeans may certainly have mixed feelings, but their choices will be as much about a more balanced world as they are about Europe's development.

Now amid an escalating energy crisis, Italy is trying to diversify its gas supply, but one of the main obstacles it faces is the limited port capacity to accommodate large liquefied natural gas tankers. If more Italian-Chinese port projects under the BRI had gone smoothly in previous years, Italians now would have no need to place so many orders on Chinese heating blankets to prepare for the upcoming winter.

As an important member of the EU, Italy should have a foreign policy that serves its interests and Europe's interests, rather than following the American baton.

It is hoped that Italy's new government will not let the current political atmosphere to undermine its cooperation with China, and will stay on the pragmatic track for BRI.