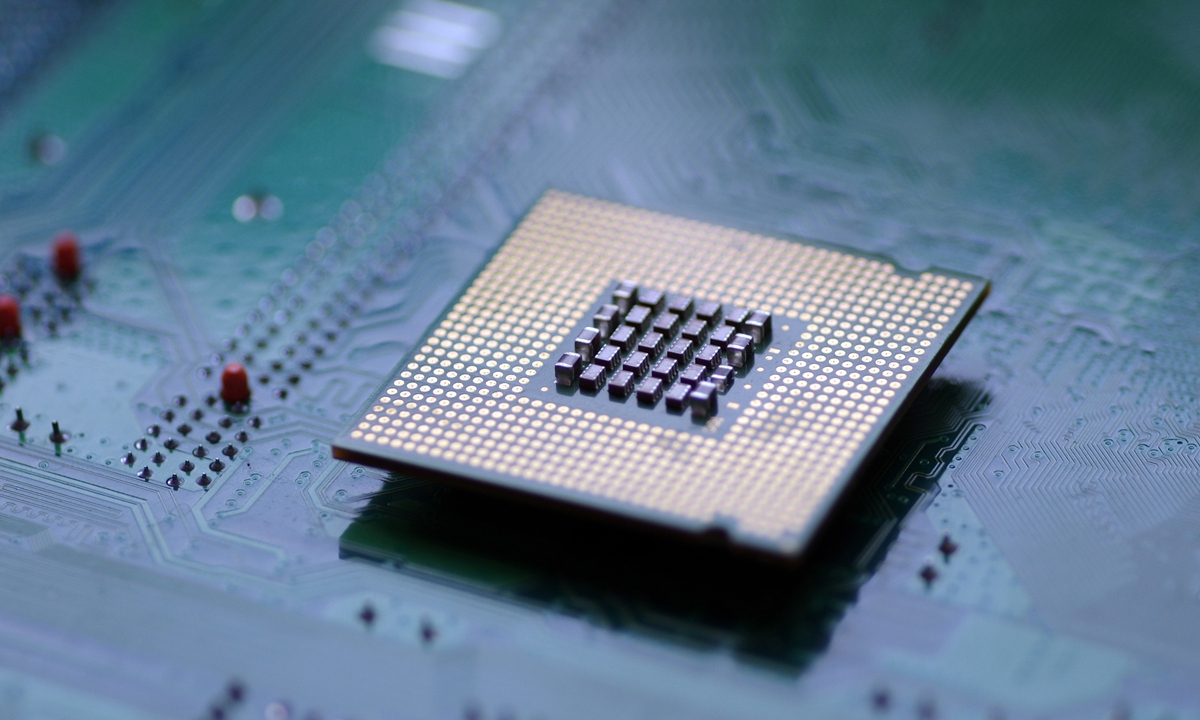 US President Joe Biden was set to meet virtually with the chairman of South Korean conglomerate SK Group on Tuesday "to discuss the company's investments in American manufacturing and jobs," Reuters reported, citing the White House.

SK Group is South Korea's second-largest conglomerate after Samsung, and its affiliates include the world's second-biggest memory chip maker SK Hynix. At a time when the South Korean government expressed caution toward joining a US-led chip alliance that is widely believed to be targeting China, the meeting could be seen as an attempt by Biden to personally convince or even pressure major corporations.

Washington's calculation may be that if it can lure investment from SK Group by offering certain benefits, it may, to a certain extent, exert pressure and influence on the South Korean government's decision-making over the participation in the new chip alliance.

It should be noted that apart from roping in allies, the Biden administration has also been pushing for a domestic legislation to boost the US semiconductor industry. As part of such efforts, Biden met virtually on Monday with the chief executives of Lockheed Martin Corp, Medtronic PLC and Cummins Inc along with labor leaders, according to another Reuters report.

The tightly scheduled meetings with business representatives actually underlined the Biden administration's determination to put the global semiconductor industrial chain under its own control, while cutting China out.

The latest US efforts in the chip industry are not only targeting China's chip sector but also challenging China's overall development. To cope with them, it is essential for China to not only enhance its own ability when it comes to chip research and development, but also strengthen international cooperation.

Moreover, the US attempt to split the current industrial chain under the guise of securing supply chains is undermining the foundation of the industry by disrupting normal production activities around the world.

However, the semiconductor industrial chain is a vivid example of the global division of labor. The US alone is not capable of maintaining the normal functioning of the entire chip supply chain or there would not have been chip shortages over the past years.

There is no denying that the US would benefit greatly by gaining a grip of the global semiconductor industry. By getting chip manufacturing companies move their plants to the US, the US economy will gain a huge industrial advantage. That is why the Biden administration is so eager to push for the so-called chip act. The US may want to use the $52 billion in subsidies and other tax cuts to woo chip manufacturers to take its side, but its ability to support chipmakers in the long term remains an open question.

Nearly five years after Taiwan island-based Foxconn announced to invest up to $10 billion to build a factory in the US state of Wisconsin, the ambitious plan ended up being a fiasco. It is not just because of the Foxconn precedent that foreign semiconductor companies need to be careful not to fall for US tricks again. It is also because the US' efforts would destroy supply chain stability, leaving companies with unpredictable risks and challenges that they have long wanted to avoid.

Indeed, the US possesses high-end chip technology, but China has the market, which accounts for 60 percent of South Korea's overall chip exports. That's why South Korean media outlets claim their government is facing a dilemma.

It is precisely because of China's market that the US' crackdown in recent years actually accelerated the development of China's chip industry. China is slated to build 31 major semiconductor factories during the four years through 2024, The Wall Street Journal reported on Monday.

Of course, China's accelerated development of its own chip industry doesn't mean its refusal to work with others. The more the US wants to cut China out of the entire supply and industrial chain, the more urgency China needs to strengthen industrial chain cooperation and coordination with South Korean and Japanese industry players.