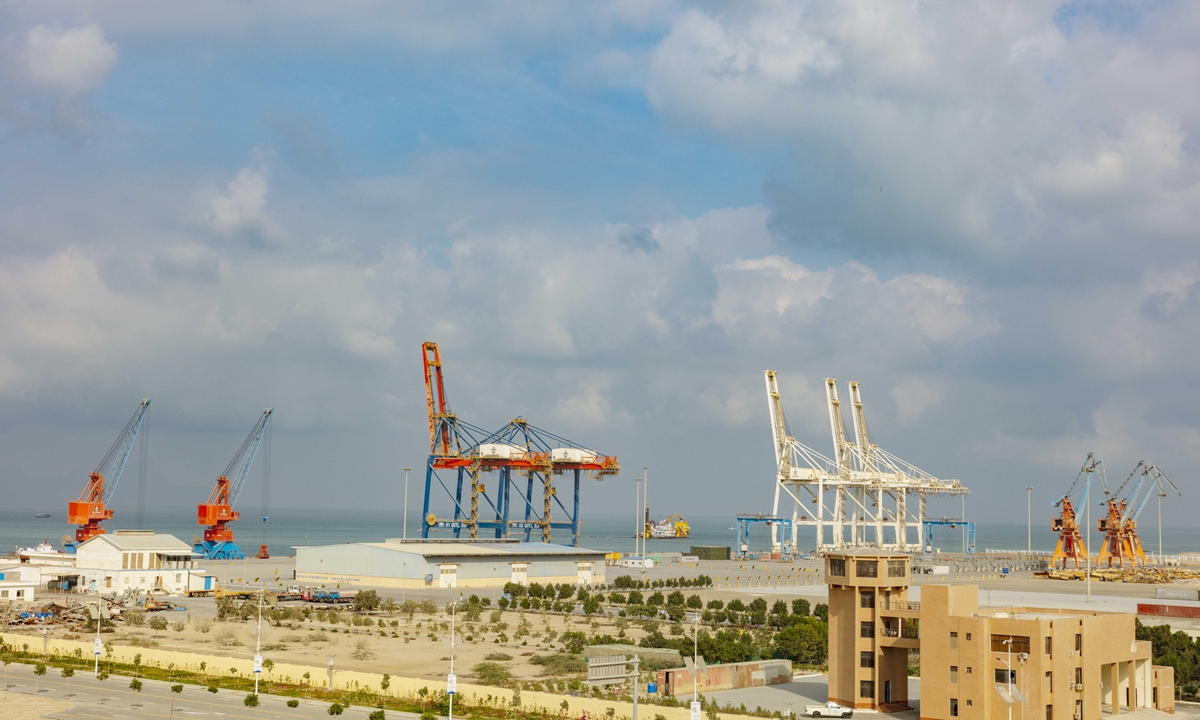 China and Pakistan have agreed to promote cooperation schemes involving third parties in line with existing consensus over the multi-billion dollar China-Pakistan Economic Corridor (CPEC), according to a statement the Chinese Ministry of Foreign Affairs released after a recent virtual meeting of the CPEC Joint Working Group on International Cooperation and Coordination.

"As an open and inclusive platform, both sides welcomed interested third parties to benefit from avenues for mutually beneficial cooperation opened up by CPEC," the PTI reported on Saturday, citing a statement from Pakistan's Foreign Office.

The latest development has unsurprisingly attracted great attention from India. It is no secret that India has long considered the CPEC a threat, its anxiety about the potential extending of the flagship project of the Belt and Road Initiative (BRI) is understandable to a certain extent.

Yet, China has repeatedly stated that the CPEC is not targeting any third party, which is nothing but an inclusive project that will contribute to the region's peace, stability and development by promoting regional connectivity. As a regional power, India needs to take a rational view toward the continuous progress in that the CPEC's expansion or extending is in line with the cooperation needs of regional countries.

Indeed, the CPEC was originally aimed at promoting economic development and people's living standards between the two countries. After years of construction, Pakistan's energy shortage and transportation infrastructure have been greatly improved, creating a large number of jobs for Pakistani people during the construction process. According to the Pakistani Planning Commission data, the early harvest projects of the CPEC have created 38,000 jobs, of which more than 75 percent are local employment.

With the CPEC significantly improving the business environment in Pakistan, the project has attracted growing interest from neighboring countries and countries in the Middle East over the years. The fact that both Saudi Arabia and the United Arab Emirates have made invested in the CPEC in the past shows that while the CPEC is mainly aimed at strengthening exchanges and cooperation between China and Pakistan, it still has ample space for third-party cooperation.

Under the current international circumstances, third-party cooperation is not only conducive to the sustainable development of the CPEC, but also beneficial to the development needs of regional countries. It is amid the major geopolitical shifts in Europe that global food and energy supplies are facing great uncertainties, leading to soaring prices and inflation, with international production chains and supply chains being seriously affected.

With developing countries in Asia taking the hard hit from the changeable environment, it is time for regional countries to strengthen industrial chain cooperation to withstand the shocks, and the CPEC may serve as an opportunity or platform for connective purposes.

Moreover, from a security perspective, if the third-party cooperation of the CPEC can be smoothly promoted, then regional countries will see better economic integration, which will reduce the probability of regional conflicts and promote regional development and stability accordingly.

In this sense, the CPEC construction is not a "threat" to India, but an opportunity to help improve peace and economic environment in its neighboring regions. This is why India is advised to take an objective view of the CPEC and the BRI for long-term interests.