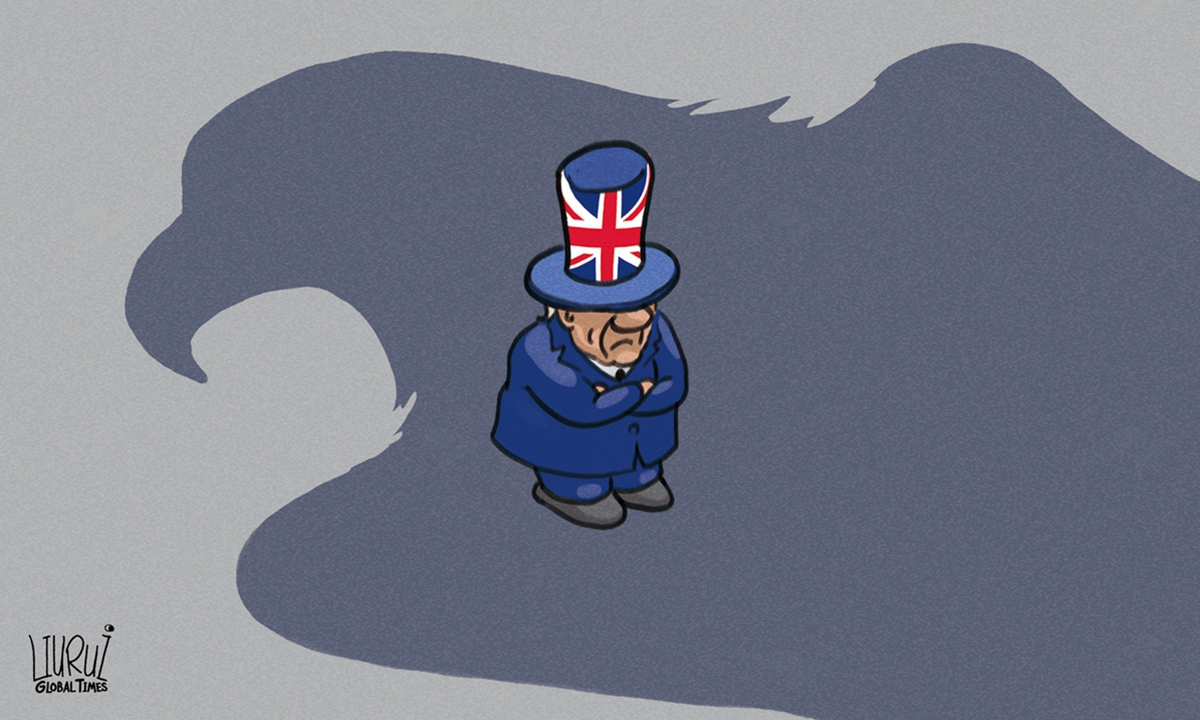 The IMF openly criticized the UK government's aggressive tax cuts and spending plans aimed at helping families and businesses handle the energy shock, warning that the measures are likely to increase inequality and add to pressures stocking inflation, the BBC reported on Wednesday.

The IMF does "not recommend large and untargeted fiscal packages at this juncture as it is important that fiscal policy does not work at cross purposes to monetary policy," an IMF spokesperson said in a statement late Tuesday.

The criticism came one day after the British pound slumped to a 37-year low against the US dollar. The UK currency collapse highlighted market skepticism over the economic competency of the new UK government as well as investors' anxiety about sky-high inflation.

Consumer prices in the UK rose 9.9 percent in August from a year earlier, a slight easing from the inflation level in the previous month but prices are still growing fast. At present, whether the UK is able to reduce inflation has become one of the biggest concerns in its financial market. Last week, George Saravelos, global head of foreign exchange research at Deutsche Bank, even called for a "strong signal" from the Bank of England that it is "willing to do 'whatever it takes' to bring inflation down quickly" to regain market credibility, Bloomberg reported.

Yet, it is worth noting that both the high inflation in the UK and the weak pound are actually the results of the US Federal Reserve's continuous interest rate increases and a strong dollar. As long as the US' cycle of interest rate hikes remains unchanged, market confidence in the UK's ability to curb inflation and support its currency will remain wea even if the UK's central bank follows suit in raising rates.

The increasing difficulties faced by the UK in withstanding the shocks of a strong dollar and high inflation through domestic policy adjustments actually pointed to its growing lack of independent economic policymaking, given the heavy global reliance on the dollar. The greater the global economic and financial turmoil is, the more capital will flow into dollar-denominated assets. The fact that economies have long been deeply tied to the dollar in terms of trade, finance and settlement determines it is hard for them to come up with effective policies that can quickly lift their economies out of the predicaments.

It is conceivable that if the dollar continues to be the dominant factor affecting economies around the world, as well as trade and finance of various countries, it means that they will continue to fall victim to the US' shift in monetary policy and economic cycles. Therefore, rather than working on short-term response, it is better to focus on the long-term solution that could enable countries to break the dollar hegemony, make their financial system more independent and improve the status of their own currencies.

In another word, if the dollar continues to strengthen, causing global economic turmoil, the dollar hegemony is bound to weaken and headed for an end.

Indeed, this is what the UK's policy dilemma and its currency slump are telling for Asian economies, especially those emerging markets. If even a developed country like the UK is still facing difficulties in resisting the impact of a strong dollar and high inflation, it is possible that whether Asian economies can rely on fiscal and monetary policies to defend their currencies and economies may also face the test of market confidence.

While Asian economies have seen significant increase in economic scale with improved structure of foreign exchange reserves, in the face of global financial turbulence, it is still essential to recognize the growing urgency for regional countries to further deepen financial cooperation to reduce reliance on the US dollar.

Apart from the irresponsible monetary policy that has caused havoc around the world, the US has also been increasingly using its dollar hegemony to impose economic sanctions on other countries, which also highlights the urgency for countries to cut reliance on the US.