OPINIONS GT Voice: US politicians' push for their banks to alienate China will backfire

GT Voice: US politicians' push for their banks to alienate China will backfire 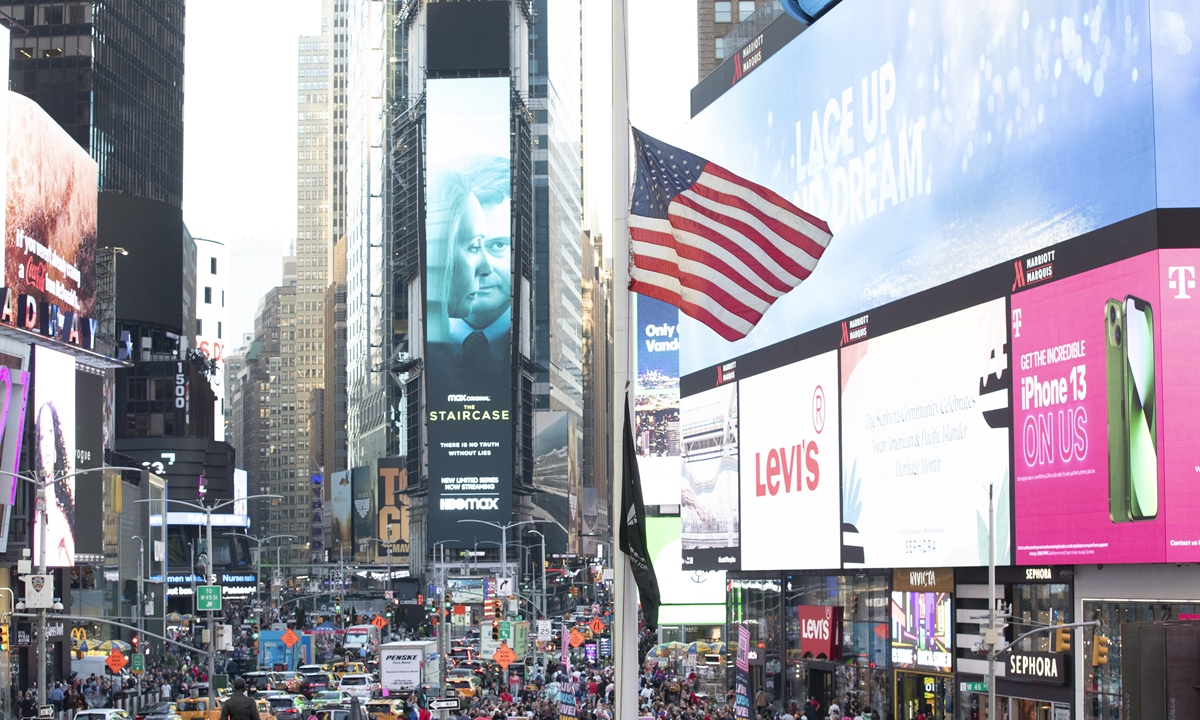 Chief executives at some of the largest US banks came under pressure from US lawmakers to commit to taking a tougher stance on doing business with the Chinese mainland amid growing tensions over the Taiwan question, Reuters reported on Thursday.

During a hearing before the US House Financial Services Committee on Wednesday, Bank of America CEO Brian Moynihan said, "We will follow the government's guidance, which has been for decades to work with China. If they change that position, we will immediately change it, as we did in Russia."

Despite US financial institutions' ongoing efforts in expanding their business to benefit from China's financial sector opening-up, it is not surprising to see the US releasing signals that it is weighing severing ties between American and Chinese banks over the Taiwan question.

This is because Washington's recent moves, including US House Speaker Nancy Pelosi's visit to the island, the US Senate's review of The Taiwan Policy Act of 2022, and their remarks related to "defending Taiwan," indicate American politicians' growing hysteria over the Taiwan question. This may have something to do with the upcoming US midterm elections, or Washington's attempt to use the Taiwan question to contain China's rise.

American politicians want to pile on pressure to coerce top US financial organizations to alienate Chinese market. There is no denying China's financial markets may lose some capital, but the US banks may also face the worsening economic woes as a result of the poisonous decision from Washington.

If anything, cutting off US banks from the Chinese market would first endanger American investment in the country, weakening the position of US banks in the global financial markets and may disrupt global financial stability. The use of administrative measures to meddle normal market operations is a reflection of the US' unbridled abuse of its power which have already triggered growing antipathy amid other countries and may eventually undermine the US dominance in the global financial market that is one of the main pillars of its hegemony.

The US, out of an incorrect perception of China, insists on viewing China as its major rival and a long-term challenger. Yet, containment and suppression of China has brought little benefit to the US. During the process, none of America's domestic problems have been resolved or alleviated.

The US' provocative attempts over the Taiwan question have come one after another lately, which have seriously challenged the three China-US joint communiqués, and seriously undermined the political foundation of China-US relationship.

Provocation over the Taiwan question by the US political establishment is solely aimed at containing China's development and further rise on the world stage, but from an economic perspective, the growing tensions between the two major powers is benefit neither party, while triggering wide concern in the region. It is hoped that the US return to the right track of the three China-US joint communiqués, and safeguard the political foundation of China-US relations.