Hard to define America's middle class, courted by both sides 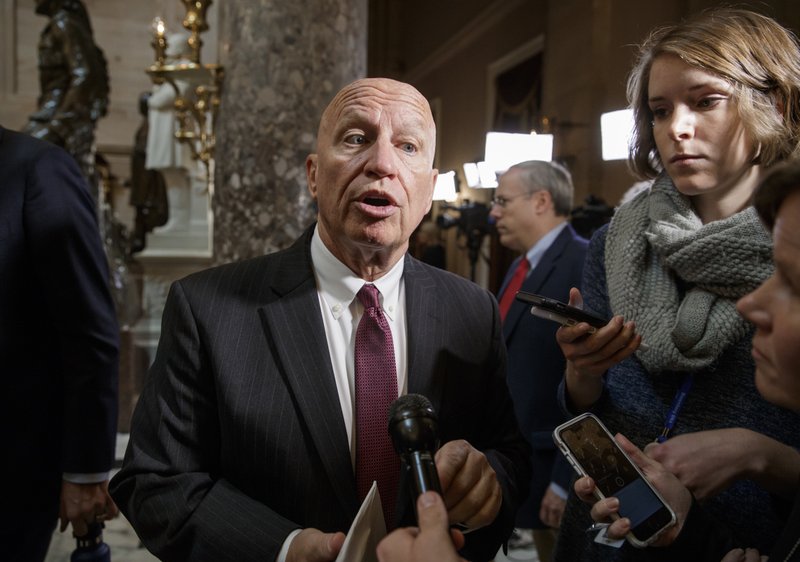 What is middle class?

President Donald Trump and Republican leaders are promoting their tax-cutting plan as needed relief for the stressed American middle class and a catalyst for job creation.

Democrats say they’re the ones looking out for the middle class, by fighting against proposed tax cuts that would benefit big companies and the wealthy but hurt the average American. It’s not easy to exactly define this middle class, whose members are championed and courted for their votes by both sides. Lawmakers and experts have differing views on the numbers.

The Tax Policy Center sets its “middle quintile” — third slice of five — of household income, including tax-exempt employee benefits like health insurance, at $48,300 to $85,600 a year. But be careful about calling that middle class, it says — there’s no formal definition.

At the high end, Hillary Clinton and President Barack Obama, as candidates, defined middle class as earning up to $250,000 a year. That raised eyebrows because it’s in about the top 5 percent of incomes, and the two Democrats had pledged not to raise taxes on the middle class.

The median, or midpoint, U.S. household income was $57,617 last year, according to the Census Bureau.

Trump, in his rallying pitches for the far-reaching tax overhaul that is his main legislative priority, sounds the theme constantly. “We will cut taxes for hard-working, middle-class families,” he pledges. “It is time to ignite America’s middle-class miracle once again.”

To fill middle-class stockpots, Trump is promising that the tax cuts would bring a $4,000 or $5,000 pay raise annually for the average family. Skeptical tax experts and Democrats say the claim is based on fuzzy math.

Pro-tax cut troops have fanned out to middle-class neighborhoods around the country with a message to voters on their doorsteps: slashing taxes for corporations would unleash an economic bonanza. The resulting new jobs, faster growth and ample pay raises would help them and everyone else, the residents are told.

“That sort of trickle-down ... is a very hard message,” says James Thurber, professor and founder of the Center for Congressional and Presidential Studies at American University. “Because of the burden of governing, they (the Republicans) have a problem having an effective messaging system.”

For the opposition Democrats, on the other hand, “It’s easier to have a clear message here that the tax plan would hurt the middle class and the working class,” Thurber suggested.

The nearly $6 trillion tax plan calls for cutting the corporate tax rate from 36 percent to 20 percent, reduced taxes for most individuals, and doubling the standard deduction used by most average Americans to $12,000 for individuals and $24,000 for families. The number of tax brackets would shrink from seven to three or four, with respective tax rates of 12 percent, 25 percent, 35 percent and to be determined. Inheritance taxes on multimillion-dollar estates would be repealed.

The middle-class family could take advantage of a heftier child tax credit and the extra money that could come from the bigger standard deduction.

But there are too many holes in the spare nine-page plan, like the income levels tied to each tax bracket and what might happen to other deductions used by middle-class people, to know how it actually would affect individual taxpayers and families.

A chief architect of the plan, House Ways and Means Committee Chairman Rep. Kevin Brady, was pressed by reporters this past week: Will it truly help the middle class? Can the Republicans guarantee that everyone will get a break, that no ordinary person will end up paying more?

“The elevator goes down at every (income) level. ... I can guarantee that every American will be better off,” said Brady, R-Texas. He acknowledged, though, “It could be that a singular exception exists.”

But mainly Brady’s answer was stay tuned: The proposed income levels to correspond with each tax bracket will soon be revealed.

That’s where the math comes in. Under the current regime of seven brackets, the biggest group of U.S. taxpayers (about 30 percent) falls in the second-lowest bracket, paying a 15 percent tax rate. An individual with taxable annual income between $9,325 and $37,950 is in that group. Because it’s the largest group, some might consider it as standing in for the middle class.

Some critics of the Republican plan say that because it would eliminate the 15 percent bracket, some people who’ve been taxed at 15 percent could be pushed into the next higher bracket, 25 percent.

That’s not yet known, says Daniel Berger, a research associate at the Tax Policy Center, a joint project of the Urban Institute and the Brookings Institution. It totally depends on where the plan masters set the income levels.

“It’s theoretically possible that everyone in the 15 percent bracket would go to the lower bracket, the higher bracket, or they would split between the two,” Berger said.

Jared Walczak, a senior policy analyst at the conservative Tax Foundation, notes that an earlier Republican plan floated last year set the 25 percent tax rate for the same income level as currently, $37,950 to $91,900. If the new plan kept that income range unchanged or raised the bottom amount for the 25 percent rate, no one now paying 15 percent would be pushed into a higher rate, Walczak said.