OPINIONS Harmony another beginning for Huawei

Harmony another beginning for Huawei 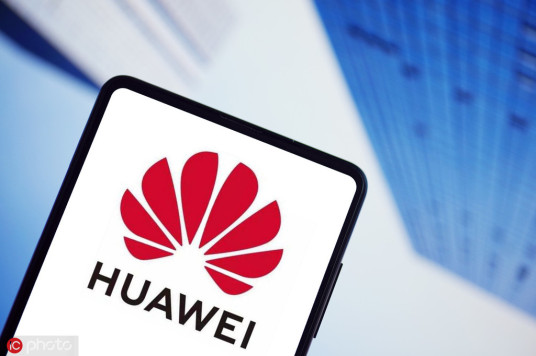 Editor's note: Can Huawei overcome the US sanctions by installing its own mobile operating system Harmony OS instead of Google's Android in its smartphones? And will there be a new competition among Harmony, Android and Apple's IOS in the future? Two experts share their views on the issue with China Daily's Liu Jianna. Excerpts follow:

Hardware companies tend to develop their own operating system, which is also true for mobile phone makers. Samsung, for instance, has made repeated attempts at developing a mobile operating system, including Tizen.

With its share of the hardware equipment market gradually increasing, Huawei, too, is expected to leave its mark by creating a new operating system and high-tech ecosystem. That the company started trials for Harmony in 2017, more than a year before the United States launched the trade war against China shows its innovative and industrial prowess, apart from attesting to its foresight.

Now, Huawei can easily switch to the Harmony mobile operating system, which it has developed and whose intellectual property it fully owns, if denied the authorization to use Google's Android because of the US ban. As Huawei Consumer Business Group executive director and CEO Richard Yu said, it is easy to transfer popular applications such as Facebook and WhatsApp to Harmony.

Back when Microsoft's windows operating system dominated the market, Apple managed to build its own operating ecosystem by combining its advantages in both software and hardware, which turned out to be a huge success. So Huawei, too, has a chance to succeed, especially because of its notable strength in hardware and strong support from the massive Chinese market and billions of consumers.

Huawei has not yet installed Harmony in its cell phones, mainly because it is difficult to make progress in the software ecosystem of smartphones in a short period. Also, it would be expensive and risky for Huawei to use its own operating system. As for Google, it has certainly not made the right choice－of forcing Huawei to become a competitive rival by canceling its authorization for the use of Android. That would be a violation of business ethics, too.

Shi Ziguo, a PhD candidate in the Department of Economics, Party School of the CPC Central Committee

Much needs to be done to attract global consumers

Huawei displayed the much-anticipated Harmony OS, featuring low latency and strong security which will be mainly applied to the internet of things, during a recent developer conference. Despite the sparing use of Harmony on smartphones, Huawei hopes to develop a whole new Harmony ecosystem that could challenge Google's Android and Apple's iOS.

To meet its goal and secure success worldwide, Huawei should pay special attention to three things. First, it should be able to provide all the functions and services that users demand, the lack of which has resulted in the failure of multiple operating systems including Microsoft's Windows Phone system. Apart from making Harmony compatible to apps such as WeChat, Facebook and Instagram, Huawei must also solicit the extensive support of more developers to promote its new mobile operating system, which is the first step toward building an ecosystem.

Second, it is necessary for Huawei to offer unique applications and services, similar to Google Map and Gmail that have the potential to become a distinctive advantage of Harmony and therefore attract international audience and buyers. In this sense, it has much work to do to become a real global player.

Third, Huawei has to expand its presence in people's everyday life. This is an area in which its strength in hardware would prove to be a boon. To support more smart devices, Huawei should further increase the multi-platform performance of Harmony in the next three years, including its capability to support multi-equipment and multi-platform uses and to maintain low latency and strong security.

Besides, Harmony must identify the threats and fix them at the earliest while timely updating the system in order to substantially enrich user experience.