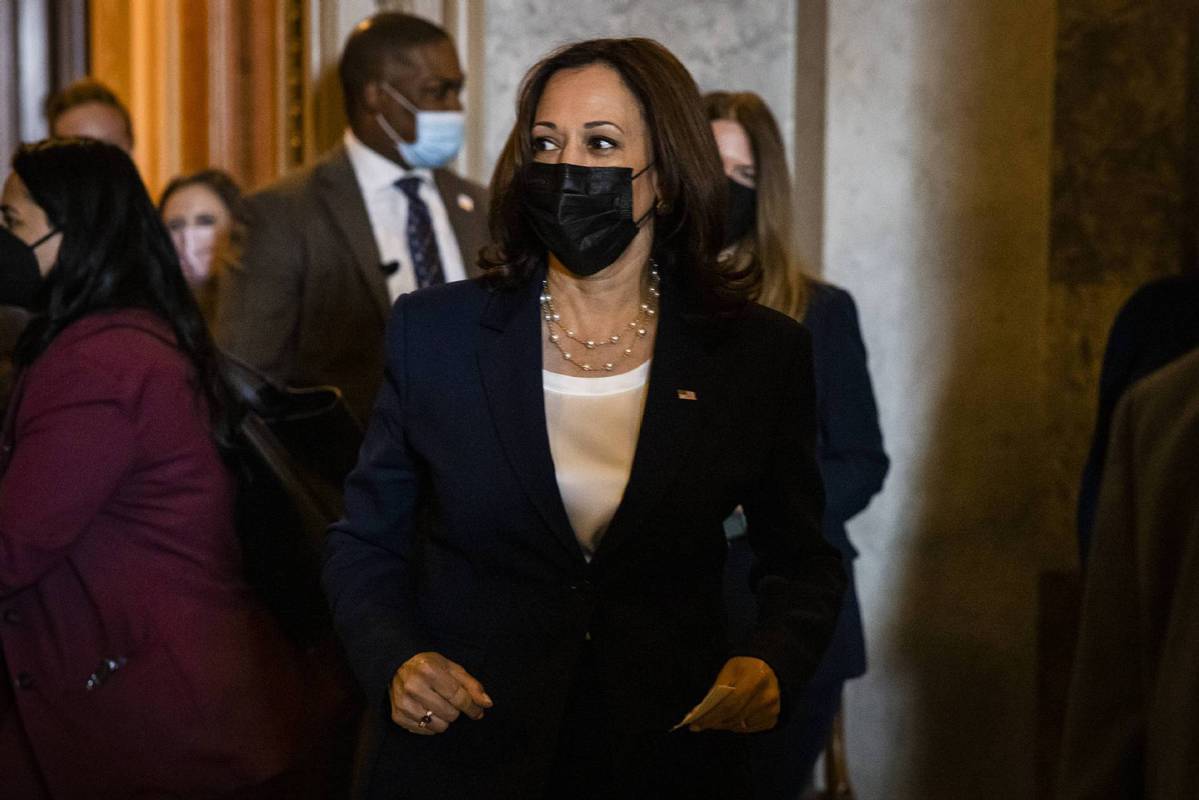 US Vice President Kamala Harris leaves the floor of the Senate on Aug 10, 2021 in Washington, DC. (Photo: Agencies)

Several factors contribute to the significance of US Vice-President Kamala Harris' visit to Southeast Asia from Sunday to Thursday. The first of the key factors is the COVID-19 pandemic. Even nearly 20 months since the novel coronavirus broke out and despite the roll out of several COVID-19 vaccines, the pandemic continues to rage in many parts of the world. Last year saw the United States and the West taking a severe hit from the pandemic in terms of loss of lives and spread of infection.

Southeast Asia was far more successful in controlling COVID-19 last year. But the situation is different this year. Despite an increase in infections in the US and most countries in the West over the last few weeks, rapid vaccination has put them in a better position. Southeast Asian countries, on the other hand, are struggling to control the pandemic.

Major Southeast Asian countries including Indonesia, Malaysia, Thailand and Vietnam are facing rising infections that are affecting their economies and people's livelihoods. The control of the pandemic and the ways in which the region can recover and move ahead will be an important part of the discussion during Harris' visit to the region.

The second key factor is the relationship between the United States and China. US-China relations have deteriorated sharply over the past four years. Beginning with the trade war, US-China tensions have increased over several issues, particularly after the pandemic broke out.

On Harris' itinerary are visits to Singapore and Vietnam, both of which are important security partners of the US in the region. During her visit to Vietnam, the first by a US vice-president to the country, she is expected to demonstrate to the rest of the region the US' commitment to providing security for its partner countries.

From a larger regional perspective, her visit is also an effort to assure US partners of the continuity of US support, which had become a source of concern for several countries in the region during the Donald Trump administration, as, unlike the preceding Barack Obama administration, it was not that forceful in assuring them of its commitment.

The third key factor that will have an impact on the US vice-president's visit is the situation in Afghanistan. The withdrawal of US troops from Afghanistan has led to the Taliban capturing political power and displacement of the US-backed government of now ex-president Ashraf Ghani. The developments have been both embarrassing and worrisome for the US.

Apart from the loss of face due to the US-trained Afghan military succumbing easily to the Taliban, the return of a hardcore, radical Islamic regime could create major security anxieties for the US. Another cause of concern is whether the success of the Taliban will fan hardcore sentiments in some Southeast Asian countries.

One key factor that is expected to feature in Harris' talks with regional leaders is trade, not least because the Joe Biden administration has prioritized safeguarding the critical supply chains.

The 100-day review of supply chains initiated by Biden after he assumed office highlighted the US' priorities for strategic industries such as semiconductors, large-capacity batteries, critical rare earths and pharmaceuticals. So deeper engagement with Southeast Asian countries would be an important priority for the US as it looks to reduce its reliance on the supply chains of a few countries, most notably China, by diversifying the sources of materials needed to manufacture chips as well as components of other products.

These priorities have already been spelt out by the US in its regional partnership mechanisms such as the Quad, comprising the US, Japan, Australia and India. Harris is expected to reiterate this commitment by drawing Southeast Asia closer into the US supply chain resiliency initiative.

By paying a visit to Southeast Asia at a time when the pandemic is yet to be contained in the region, Harris also intends to send another signal－that the US is confident of managing the pandemic and leading the world, including Southeast Asia, toward a "new normal" of coexisting with the pandemic.

The credibility of the US leadership took a beating in this regard last year. Trump's shoddy handling of the pandemic, particularly his disregard for pandemic protocols such as wearing face masks and maintaining social distancing, were criticized the world over. In contrast, the Joe Biden administration claims to prioritize domestic and global management of the pandemic. Harris' visit to Southeast Asia seems to be in line with that priority; it also shows the US is looking to work closely with Southeast Asia to address important regional issues.

The author is a senior research fellow and research lead (trade and economics) at the Institute of South Asian Studies in the National University of Singapore.