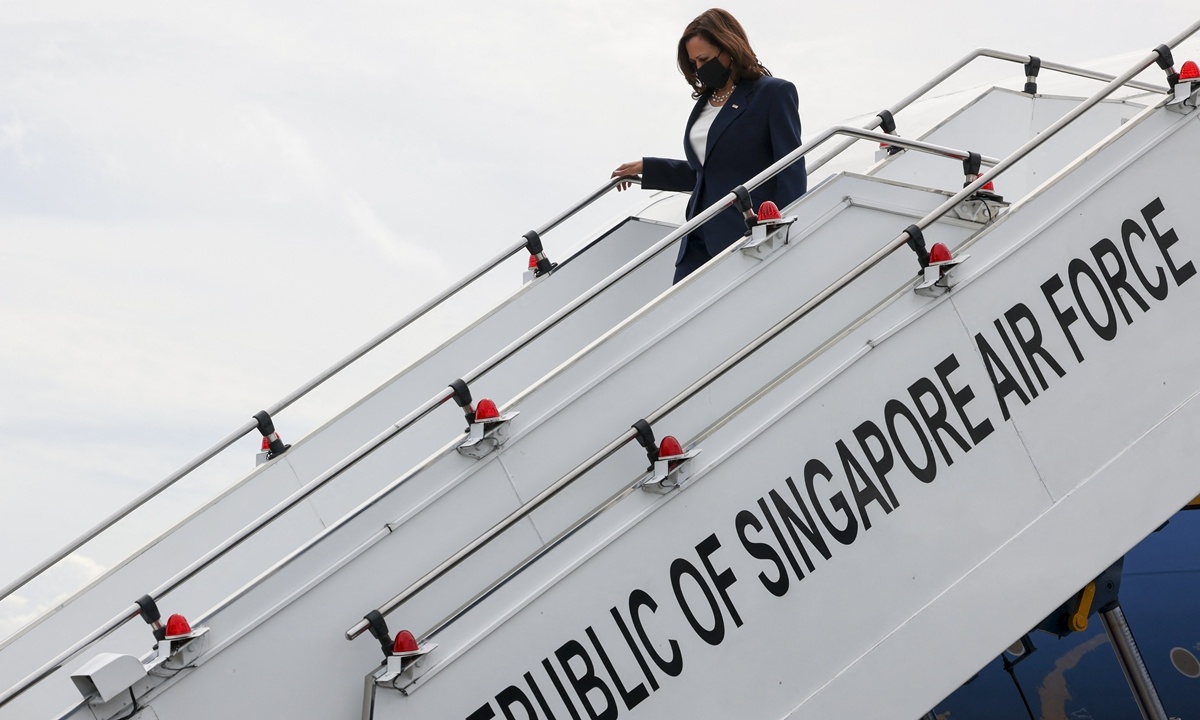 US Vice President Kamala Harris is scheduled to kick start her trip to Southeast Asia on Sunday. Harris will visit Singapore and Vietnam, making her the highest-level official in the Biden administration to visit the region so far. She will also be the first US vice president to visit Vietnam.

Although the visit was planned earlier, the timing of the visit embarrassed the Biden administration. The US' hasty withdrawal from Afghanistan has triggered changes in the country's situation. This is creating a crisis of confidence among US allies and partners. Although this is the first time for Harris to set foot in Asia since taking office, she has to handle a new hot potato - to reassure regional allies on the Afghanistan issue as much as possible. Whereas Harris is new to diplomacy, there are doubts about whether she can take on this important task.

Washington's withdrawal of diplomats from Kabul is being mocked in the exact way that the US evacuated its embassy in Saigon more than 40 years ago. Global analysts, including American experts, have pointed out that this is a huge military and diplomatic failure of the US.

There are mainly two purposes of Harris' visit. On the surface, it is to revitalize the alliance and partnership between the US and Southeast Asian countries. It will also advance the goal of a free and open Indo-Pacific on this basis. However, the core is to further strengthen the US' regional presence, thus turning Southeast Asia into a frontier against China.

As the situation in Afghanistan continues to ferment, before advancing the Indo-Pacific Strategy, the Biden administration needs to prove that its commitment to Southeast Asia will not be withdrawn suddenly as it did in Afghanistan. This is a very difficult challenge, and it is obviously hard for Harris to complete this task. Harris lacks diplomatic experience. She had almost no interaction with Southeast Asian countries or their leaders. Besides, she is believed to have limited influence on the Biden administration's foreign policy. Therefore, regional countries may choose to wait and see instead of immediately following Washington.

More importantly, these countries do not want to be pushed around by an external country. For Southeast Asian countries, it is their long-term policy to maintain a delicate balance among major powers while stick to ASEAN's central position in regional cooperation. The US' intervention, especially its upgrading of the Quad, may affect ASEAN's dominant position. This could make Southeast Asian countries fall into a dilemma: Southeast Asia is very likely to become a US' pawn in its competition with China. This is not in the interests of regional countries as it negatively affects regional peace and stability.