Has a second Brexit referendum just become much more likely? 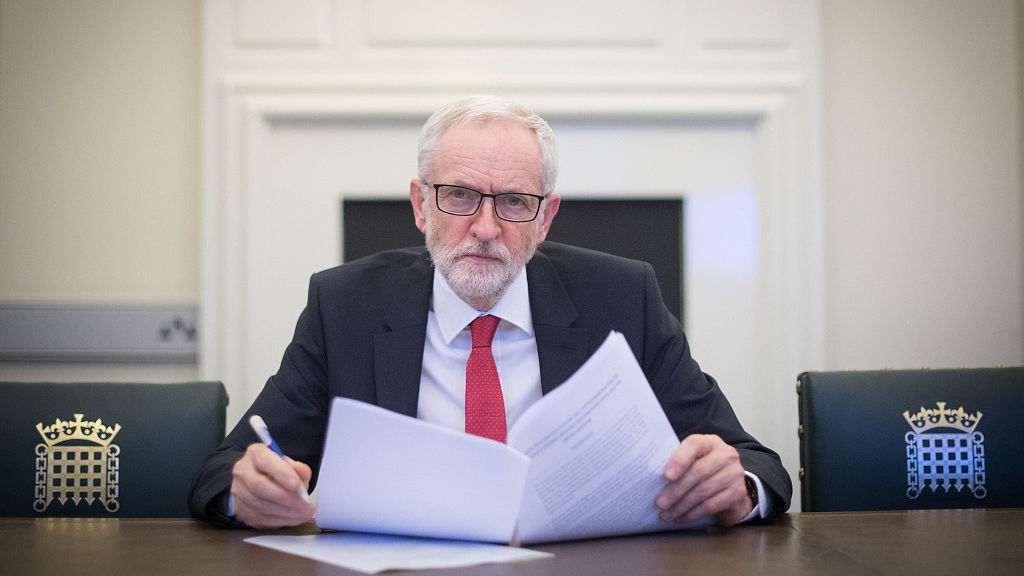 As was predicted over the weekend, the UK's main opposition Labour Party adopted a new position on Brexit on Tuesday. It is now widely being reported that Labour will back a second referendum on Brexit and, in that referendum, campaign to remain in the European Union. Does this now make such a referendum much more likely or is there more to Labour's policy?

Labour had been criticized in recent months for failing to take a clear position on Brexit. It adopted a stance of "constructive ambiguity," attempting to be all things to all people. The party neither supported the Conservative government's Brexit deal negotiated with the EU, nor did it fully back the holding of a second referendum and remaining in the EU.

Instead, it adopted a "halfway house" style position, in which it suggested that it would still respect the outcome of the first referendum by supporting an alternative version of Brexit which satisfied tests that it had adopted. The implication was, therefore, that if Labour could win a general election, it would be happy to negotiate an alternative deal with the EU and implement this without a further public vote.

This policy was constructed because Labour feared losing the votes of both Brexit-supporting, working-class communities, principally situated in the north of England, as well as Remain-supporting liberal voters, mostly located in large cities such as London. The logic was that, if Labour refused to decisively shift to either a pro- or anti-Brexit position, it could attempt to keep both groups happy.

This, however, rather underestimated the intelligence of the public, who quickly saw through the trick. Labour was punished for this reason at the European elections held in May. However, it was clear that it was the Remain-supporting liberal vote that was hardest hit, with a significant number of Labour votes going to the enthusiastically pro-EU Liberal Democrats.

In response, Labour leader Jeremy Corbyn shifted the position of the party slightly to support the holding of a referendum on any Brexit deal; however, he stopped short of stating that Labour would support the Remain campaign in any such referendum.

Last week, however, the largest trade unions – important backers of the Labour Party – met to attempt to agree a joint position on Brexit. The solution they reached was a complicated, two-fold position. Firstly, if Labour could not win an election, it should support a second referendum and campaign to remain in the EU in all circumstances. Secondly, however, if Labour won power, it should attempt to negotiate a new Brexit deal with the EU, before putting this to the public in a referendum.

In this second scenario, however, it was left open as to whether Labour would campaign to remain in or leave the EU – prompting general confusion as to the bizarre prospect that a Labour government might negotiate a new Brexit deal, only to campaign against this very deal in a referendum.

Corbyn has now clearly adopted the first scenario as Labour policy. The party will support the holding of a second referendum and campaign to remain in the EU in such a referendum in the case that the Conservatives remain in power. The second scenario, however, was not confirmed. It is therefore still up for debate as to what Labour would do if it actually gained power.

But if Labour wins power, we still do not know what it will do. Headlines on Tuesday regarding the party's support for a second referendum are, therefore, slightly premature – although this does appear to be the direction that Labour is moving in; it is still under a lot of pressure from its Remain-supporting voters.

A YouGov opinion poll released on July 4, for example, put Labour in fourth place on only 18 percent of the vote in the scenario of Brexit having not yet been delivered and Boris Johnson and Corbyn leading the main two parties. This would be a disaster for the party after almost a decade in opposition.

A continuation of similar polling figures could push Labour even further to become a fully-fledged "Remain party." At that point, a second referendum – and the UK eventually remaining in the EU – will become significantly more likely.