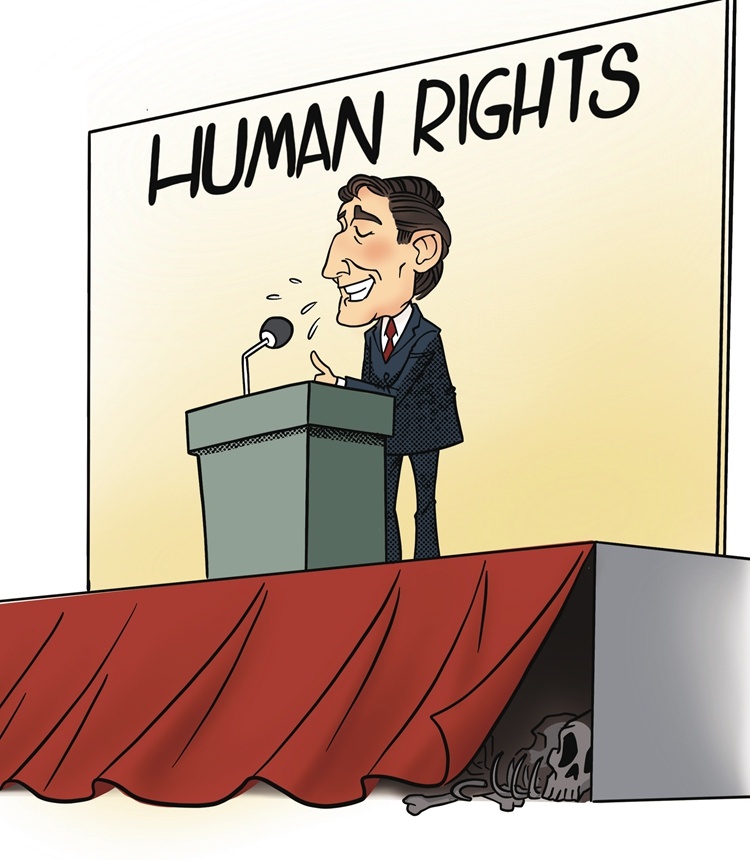 Four members of a Canadian Muslim family were killed on Sunday in what police said was a premeditated hate crime because of the victims' religion, Reuters reported on Wednesday.

After the Quebec City mosque shooting that left six killed and eight wounded in January 2017, the House of Commons of Canada passed a motion to eliminate discrimination against Muslim, including content about stopping discrimination over religion. However, the latest hate crime in London, Ontario demonstrates that discrimination is still there lurking deep in Canadian society.

The Vancouver Sun said the latest attack was an extreme example of the violence Muslims have faced across the country. From 2015 to 2019, the National Council of Canadian Muslims tracked more than 300 incidents, including more than 30 acts of physical violence, the outlet noted on Tuesday.

Statistics Canada said in March that police-reported hate crimes targeting Muslims "rose slightly" to 181 incidents in 2019 - the last year for which the data is available. That is up from 166 incidents the previous year, reported Al Jazeera.

In September, 58-year-old Mohamed-Aslim Zafis was fatally stabbed outside a mosque in Toronto's west end where he worked as a caretaker, according to Al Jazeera.

Liu Dan, a research fellow with the Center for Canadian Studies at Guangdong University of Foreign Studies, believes that racial discrimination was behind this extreme attack. Liu told the Global Times on Wednesday that racial discrimination is a deep-rooted problem in Canada, which is influenced by various elements, including specific bilateral relations and certain ethnic group's political participation.

"Canadians of Indian heritage live a good life in Canada. In 2019, Canadian PM Justin Trudeau included four ministers of this heritage in his cabinet. But Asians from other countries participate less in politics, and are often scapegoated for some social problems," Liu noted, adding that Muslims' status is not high in Canada as the country has had human rights discords with Middle East countries like Saudi Arabia.

When Ottawa plans to pick up human rights as a stick to beat others, it should think twice if it is qualified to do so. Just as Canadian Senator Peter Harder, a former deputy minister of Foreign Affairs, said in his opposition to a motion that criticizes China's Xinjiang policy: "This horrifying reality of our history stands in cynical contrast to the tone of moral superiority and self-righteousness contained in the motion before us tonight."