OPINIONS Have Western media given up duty of objective reporting?

Have Western media given up duty of objective reporting? 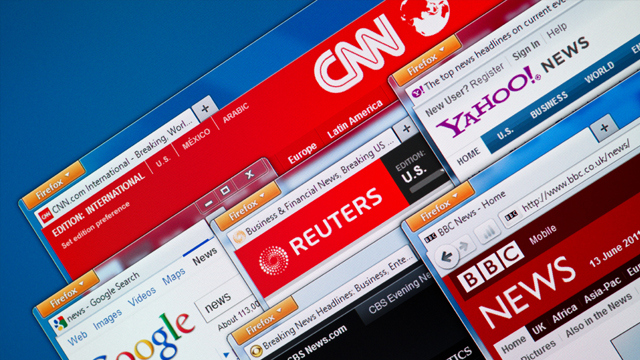 Time magazine recently published an article about Mihrigul Tursun, a Uyghur woman who claimed she came from a Xinjiangvocational training center, and tweeted a video clip of her testimony of alleged torture with tears and sobs.

I did an experiment: Sending the link to ordinary Chinese I know. Most of them laughed when they heard Tursun's testimony. "It's nonsense," was their first reaction. Why did they react this way? The question should be left for editors from Time magazine to answer. If they treated her testimony more skeptically, figured out how outdated was the language she used and whether her remarks were reasonable, then the magazine wouldn't have made such a fool of itself. China has made enough explanation. But those editors are still unimaginably ignorant of China. Will more explanation work?

Similar reports and interviews with Tursun can be found in many other Western media outlets. Western media love her, as if they hit the jackpot and finally seized the testimony of a witness to attack China, while being so indifferent to all the loopholes in her words.

Some foreigners buy Tursun's stories as they have a severe misunderstanding of China which stems from ignorance. Quite a few Westerners still believe that China is generally an underdeveloped country where its people work in sweatshops and have very little freedom. Does China have cars? Does China have electricity? Do Chinese love freedom? These are the tip of the iceberg of questions raised on the Quora question-and-answer website in 2017.

It is supposed to be the mainstream media's responsibility to answer these questions with objective and comprehensive information. Sadly, editors from Time have no basic knowledge of China and they have become the creators and spreaders of rumors.

Their mind-set is still stuck in the Cultural Revolution. Before publishing relevant articles, they might have hardly had any chance to actually visit China or talk to a real Chinese. How can people trust their reports?

Tursun's stories alike are hardly new. It happened more than once that the testimonies given before the US Congress were found to be false with fabricated stories. The purpose was to support US political and military actions.

It is unfortunate to see Time magazine, which enjoys an influential readership among US intellectuals, degenerating into one of the media that focuses more on selling eye-catching, groundless stories rather than proven facts.

At least these reports showed some insights into the US perception of China. Why did the trade war occur? Why are there always radical thoughts against China in the US? Why is there constant untrue speculation about the number of Muslims who have been sent to vocational training centers, which can be 1 million today or 2 million tomorrow? One can't help but wonder if the Western media have given up their responsibility to objective reporting.