Hawkish US ambassador to Australia likely to roil ties with China 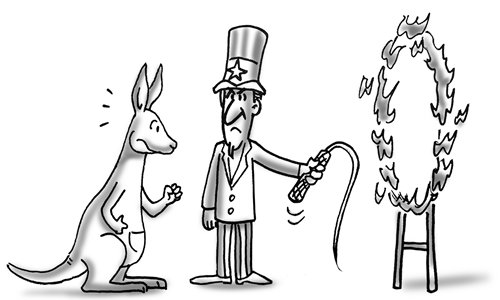 Harry Harris, commander of the US Pacific Command and a Japanese-American, was named US ambassador to Australia last Friday. Harris is known for his tough stance against China on the South China Sea issue. Appointing him to the position that has been vacant since September 2016 will have an impact on future US-Australian collaboration. Australia has been a "model nation" among US allies. In the alliance between the US and other Western countries, the nature of Washington-London ties is changing, and Paris and Berlin have had their divergences with the US. In contrast, Australia's consistency in its alliance with the US is currently precious for the White House. In the context of China's emergence and increasing importance of Indo-Pacific region for the US, the geopolitical significance of Australia has come under the spotlight. Harris said in 2016 that US-Australia alliance "has strengthened peace and prosperity - not only in the Indo-Asia-Pacific, but around the world." Being a hawkish Japanese-American admiral, his appointment to the ambassador's position will possibly play a crucial role in strengthening military cooperation among the US, Australia and Japan. He may influence the Australian government with his hawkish views. The current international order and regional system may see a crucial transfer of power.  In this context, Australia has been proactively supporting Washington to maintain its leadership in the region. Canberra does not wish to see the US turning its attention to domestic affairs. In the past two years, Australia has been constantly voicing its stance on the South China Sea issue as well as promoting the Indo-Pacific strategy and its security cooperation with the US, Japan and India. One of its major aims is to keep the US focus on the region and prevent Washington from making compromises or agreements with Beijing under the table. Harris' appointment as the US envoy to Australia shows that Canberra's efforts have succeeded to some extent. It is likely that he will encourage Australia to enhance its military strength, consolidate its defense collaboration with the US and adopt a tougher policy of counterbalancing China. For Australia, it tries to avoid being neglected by the US and meanwhile to refrain from being dominated by the US in case it would be caught in regional conflicts. None of the nations in East Asia has posed a real security threat to Australia. Uncertainties over the transformation of regional order do exist, but its degree and impact have been exaggerated. Under such circumstances, it is not a wise choice for Canberra to focus on security rather than economic cooperation in its foreign policy. Harris' appointment as ambassador to Australia shows that Washington considers Australia important, but not so important. Harris is indeed a heavy weight, but the post had been lying vacant for 16 months. It shows that the US wants to use the country, but does not respect it. A high degree of asymmetry has thus been exposed in US-Australia ties.Australia should do some reflection on whether it wants to be a long-term obedient little companion of the US or pursue a more independent foreign policy of its own.