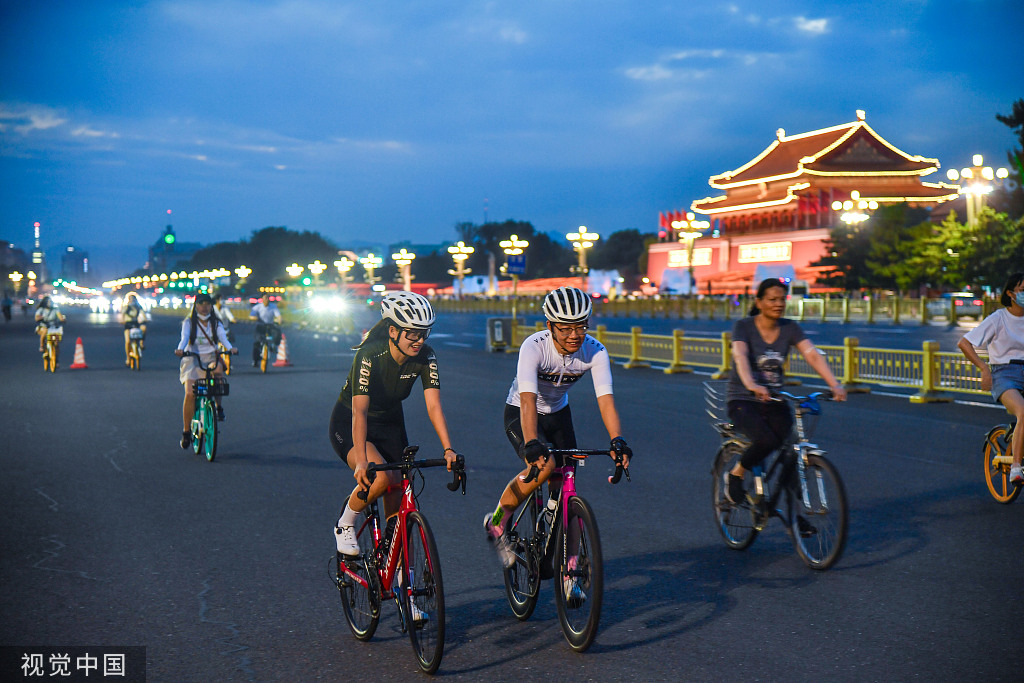 Citizens and tourists ride through Tiananmen Square on Chang'an Street on Jul, 19, 2022. Photo/VCG

The Beijing Municipal Commission of Transport announced that the capital will build 20 cycle tracks linking popular tourist sites and another 20 linking rural areas. Also, all roads that are wider than 12 meters must have cycle lanes.

It is good of the city's transport department to care for cyclists. Cycling is, without doubt, one of the greenest ways of traveling. It consumes no gas, there are no carbon emissions, and it also helps the cyclist gain more muscle and reduce flab.

However, to encourage more people to choose this green mode of transport, good bicycle lanes are a necessity. Anybody with any cycling experience must have encountered the following problems at some point of time: that there might be no cycle lanes beyond a certain point, or that the signs for cyclists might become vague; worst of all, there might be whole rows of cars parked on the bicycle lanes or cyclists might have to compete with cars on the same lane.

The law prohibits parking on bicycle lanes, but some car-owners couldn't care less. The law gives cyclists right of passage over automobile drivers, but that priority is often forgotten. With automobiles pushing cyclists to one side of the road, cycling often loses its appeal. Sometimes people prefer cycling on exercise bikes indoors than on the roads.

To make cycling a pleasurable experience, the authorities need to do their jobs better. Apart from designing new bicycle lanes, they should also strengthen law enforcement to protect the rights of cyclists and make the sport more enjoyable.