Historic Panmunjom handshake aside, peace remains elusive but within reach

SEOUL, June 30 (Xinhua) - US President Donald Trump and Kim Jong Un, top leader of the Democratic People's Republic of Korea (DPRK), made a historic handshake on Sunday in the truce village of Panmunjom. 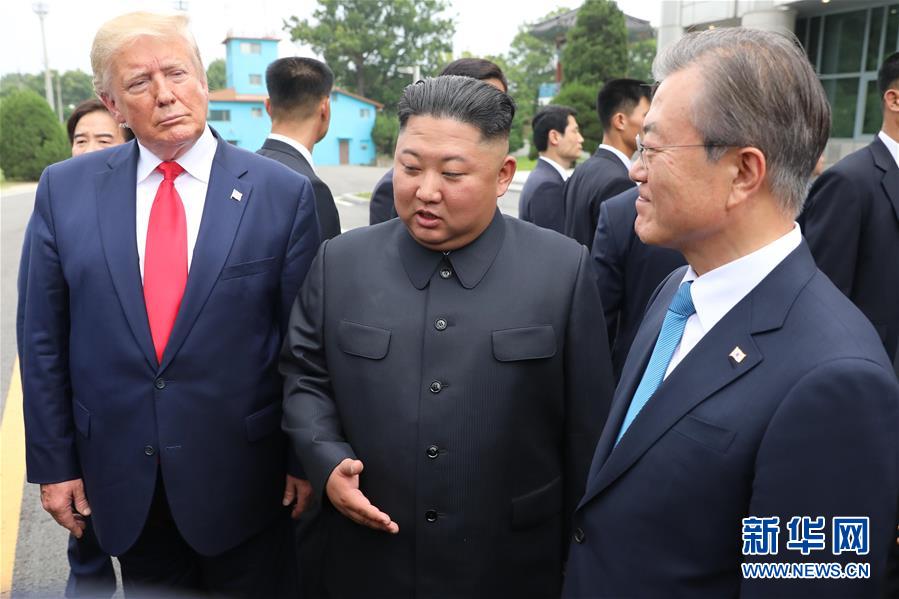 The move that has captured a global gaze is a goodwill gesture to improve bilateral ties in order to achieve a peaceful settlement of the nuclear issue on the Korean Peninsula.

After the handshake, Trump crossed the inter-Korean border, becoming the first sitting US president to enter the DPRK territory in over six decades since the 1950-1953 Korean War.

Trump and Kim met for the first time in Singapore last year, and they reached an agreement on establishing new DPRK-US relations and building a lasting and stable peace regime on the peninsula. However, their second summit in Hanoi, Vietnam, four months ago ended abruptly without any agreement due to differences on the lifting of sanctions and steps to denuclearize the peninsula.

Fortunately, an exchange of letters between Kim and Trump earlier this month revealed that the peace process on the Korean Peninsula has not been derailed.

The world is expecting that their handshake will help restart talks between Pyongyang and Washington in order to turn the demilitarized zone into a land of peace.

The only way to achieve peace is through dialogue, said South Korean President Moon Jae-in, who accompanied Trump to the Panmunjom on Sunday.

However, as tensions on the Korean Peninsula have dragged on for decades and complicated factors still remain, one cannot expect the issue to be solved overnight.

Pyongyang's efforts to ease tensions are obvious to all and its legitimate concerns should be accommodated as all parties concerned try to push for the peninsula's denuclearization.

At their Saturday sit-down on the sidelines of the Group of 20 summit in the Japanese city of Osaka, Chinese President Xi Jinping told Trump that China supports the US and the DPRK leaders maintaining dialogue and contact, meeting each other half-way and restarting the talks at an early date.

Sunday's handshake marks a fresh start in achieving a breakthrough in the peace process.

Pyongyang and Washington need to make further steps to meet each other half-way, and find a way out to address their respective concerns through dialogue.