History has lessons from tariff war 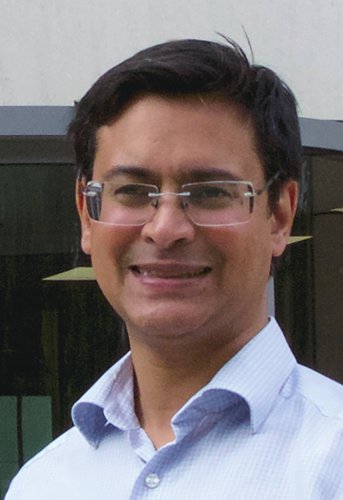 Five years after Rana Mitter (Mitter), professor of the history and politics of modern China at Oxford University, published his book Forgotten Ally: China's World War II 1937-1945, he admitted receiving good reviews and believed that the West is slowly beginning to realize that China's role in WWII was important and needs more attention. Mitter also became interested in China's role in the immediate post-war period, which is very central not just to the formation of Chinese history but also world history. Global Times (GT) London-based correspondent Sun Wei talked with Mitter at the University of Oxford China Centre on his views about current China issues.

GT: This year marks the 40th anniversary of China's reform and opening-up. What topics or issues are you following?

Mitter: I think that 40 years are enough for people concerned with contemporary history to be able to look at it in the long-term perspective. And we can see that in a sense that it was a story about China's economic growth, and a great deal of social change.

The question is whether 10 years after the great economic crisis of 2008, China's model of domestic consumption can do enough both to keep China's economy going and being a part of a changing world economic order.

The possibility is there, but it's not certain.

Now, we have US President Donald Trump who wants to challenge the norms, values and bases of international order as the rest of the world understood it since 1945. During the last 40 years, China has been entering more into that global order.

GT: You were interviewed by the BBC earlier this year about how China's past has shaped its present in terms of diplomacy. What are your views on the trade war between China and the US?

Mitter: I think the trade war between China and the US can only end up harming both sides. Because the lesson of history in the 20th century was that tariffs and attempts to block off trade rather than actually open up, can lead to depression, and even to conflict. I don't think real conflict is very likely in this case, but I think tariffs are an extremely inefficient way to conduct trade diplomacy.

I think it's very important that the US step back from the trade war. China needs to not only say good words about anti-protectionism, which we've heard from Chinese leaders, but also push harder to make sure that it's fully integrated into the new economic order.

Very few middle-income countries can really maintain themselves with a protectionist economy.

GT: In history, if something similar happened, what would be the result?

Mitter: During the inter-war period, there were significant tariffs thrown up by countries around the world. The US had the Smoot-Hawley Tariff Act in 1930, Japan also put up barriers against foreign trade in the inter-war period. China couldn't throw up barriers in quite the same way because it did not have the ability to set up its own tariffs until 1930, when it was regained by the Kuomintang government of Shanghai.

Tariffs worsened the great depression, which had already started. And so we do have lessons from history that if there are too many tariff barriers, it can lead to everyone's economy becoming poorer, and increase the potential for greater conflict and political turmoil.

I don't think it will last long because trade wars hurt people at home and abroad. For instance, more and more American consumers are going to find that goods coming into the US are more expensive because of tariffs, and they would eventually signal their disapproval to politicians.

GT: What is the EU's role in the standoff?

Mitter: The role of the EU has been interesting and important, but I think in some ways it's still not absolutely certain. Clearly the EU was very opposed to the tariffs imposed by the US.

I think at one point the EU was hoping that it might be able to form some sort of alliance with China to push back against the US.

Talks that did take place between China and EU were not that successful, because China is still reluctant to open its markets to the extent the EU would like to do.

The EU ended up going alone in terms of its negotiations with the US. I think that's a shame for the EU, but it's also a missed opportunity for China, because by creating new alliances with actors like the EU, China will be able to place itself more effectively in the international trading environment.

GT: In the Western media there's a lot of talk about China challenging the US. They talk about the Thucydides Trap. Do you think China can overtake the US?

Mitter: The idea of the trap invented by Professor Graham Allison of Harvard University is a very interesting one. But I am optimistic. I think the US and China are rather different types of powers. China does not want to have a global role in the full sense of the way the US has done.

I think China wants to be very powerful in Asia. It will have a growing role in some parts of the developing world, Africa in particular, but I think to some extent, China is really going to be concentrating more in its own backyard, you might say. So what that really means is not a confrontation, but a much more interesting question about what kind of accommodation can be made for a rising China in the Asia-Pacific region at a time when the US is not going anywhere.

I don't share the view of the pure trap. Because I don't think either China has the power or the capacity to dominate the region, nor do I think the US has the will or the resources to try and dominate the region. They will both be there for a very long time to come.

GT: What's your view about the recent Japanese government and Japanese civil societies' reaction to their view about WWII?

Mitter: I recently made a film for BBC World TV about the difference between Japanese and Chinese films on WWII. So looking at how they appeared in cinemas was very different from reading history books.

I would say that in some ways the two subjects don't really meet in the middle. The majority of the Japanese films don't in any way glorify the war. They say that war is a terrible thing. But a large part of what they talk about actually is the suffering of Japanese civilians in the last year or so.

Chinese films deal directly with the violence and cruelty committed in Chinese territory. Films on the Nanjing massacre, like Zhang Yimou's The Flowers of War, Lu Chuan's City of Life and Death, and other films, generally are not produced in Japan in quite the same way.

In a sense, the change over the decades has been more toward admitting the guilt over what happened during the war.