OPINIONS History repeats itself for virus tracing amid US faking 'proof' to attack Iraq, Syria

History repeats itself for virus tracing amid US faking 'proof' to attack Iraq, Syria 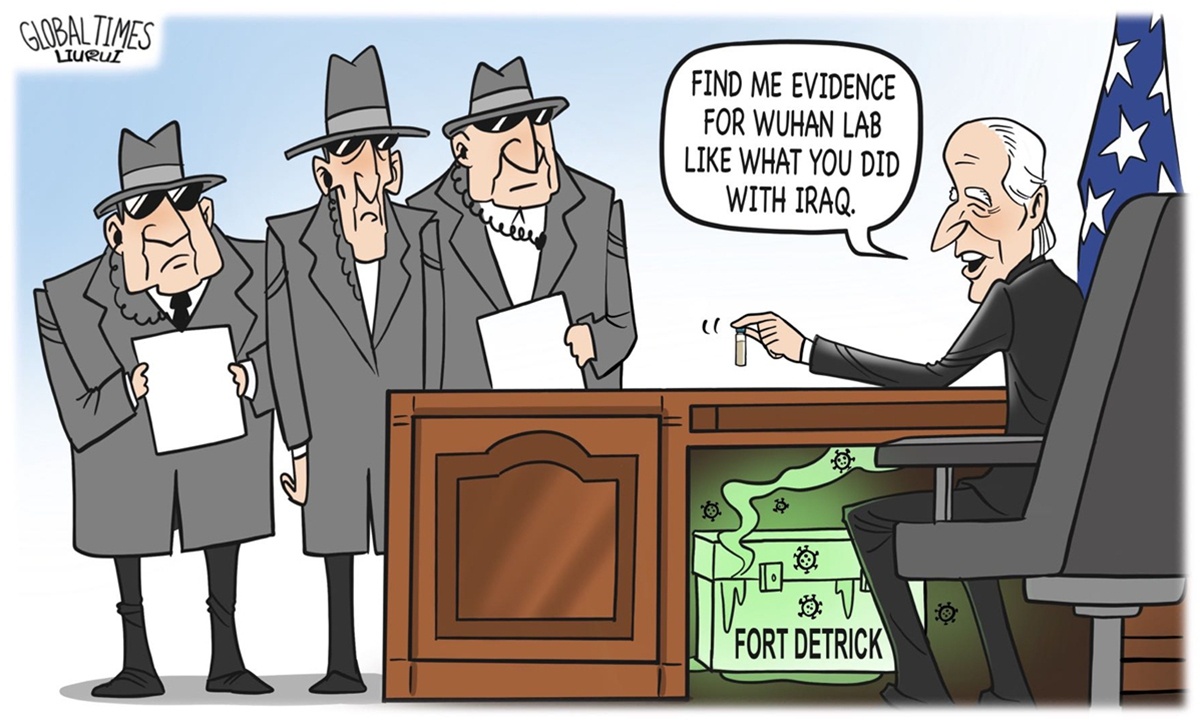 The whole world is role playing a detective story. The case is about the origins of a deadly and highly infectious virus that spreads across the world. The humanity has been fighting hard while aspiring to have the mystery resolved. But the call for truth has been mixed with some disturbing noises.

As every detective story goes, the more extensive a probe is, the ever closer one can get to the truth. The same logic can be applied to virus tracing. The more open and transparent every country is in responding to public concerns, the more assured the world is that efforts are made in the right direction. However, one country stands out. The United States has walled itself off from outside questioning, clammed up about its early cases and shushing its own people daring to speak out. At the same time, some people in the US, even without any scientific background, are obsessed with selling only one version of the storyline: the blame is on China!

While wasting time and energy running after the wrong target, more innocent lives are lost.

Such hysteria from the US reminds us of some characters in detective stories. They voluntarily "lead," instead of "participate" in investigations; they jump to conclusions before evidence is collected; they are ultra-confident about their judgment and eagerly push it through. They may cheat some people for some time; they cannot do it all the time to everyone. In the end, all the evidence proves that the real culprit is exactly the one most fervent about blaming others.

Critical thinking requires us to look into an individual's history and background to rate his/her credibility, understand the perspective and analyze the intention before believing what he/she says. The profiling of the US should follow similar steps. A look into the US track record is necessary to concluding whether its "investigation" into China is legitimate and what the US is actually up to.

If history could teach us anything, we should know the US would make things up to prove its "presumption of guilt" is right. The US launched the Gulf War, infuriated by the "testimony" of a 15-year-old nurse claiming she witnessed Iraqi soldiers had taken babies out of incubators and left them dead on the cold floor. That girl turned out to be the daughter of the US ambassador to Kuwait and resided in the embassy instead of the hospital. A similar drama was directed prior to US-led airstrikes against Syria in 2014. The US and some Western countries funded "white helmets" to make a fake video that incriminates Syria of using chemical weapons against civilians. Since 1940s, the CIA has hired more than 400 journalists worldwide to plow or produce intelligence reports in the Operation Mockingbird. The US arrested and detained several Chinese students because they "looked suspicious," only to release them without enough evidence.

If there is a ranking according to the involvement in biological warfare, the US definitely comes on top. After the World War II, the US sent germ warfare experts at Fort Detrick to Japan for several years to learn about Japan's practices. Their mentors included Ishii Shiro of Japan's Unit 731, which committed brutal atrocities against humanity in Northeast China. Rather than condemnation, the US expressed interests to the Japanese war criminals. It paid 250,000 yen to obtain data and documents on the Unit's germ warfare, and concealed Ishii Shiro and Unit 731 from the world and even made Ishii Shiro a bio-weapon consultant at Fort Detrick.

In September 2001, several Americans were killed by letters laced with anthrax, just months after a bio-war drill was conducted in the US After running out of those who can be accused, the intelligence finally looked at the unique code on the envelopes - RMR-1029, which refers to the containers of anthrax at Fort Detrick. But that revelation came out long after the US waged the Iraq War. Clouds are shrouding Fort Detrick even till this day. Since the outbreak of the COVID-19 pandemic, there have been global concerns about the nexus between the unexplained pneumonia outbreaks and EVALIs (electronic cigarette or vaping product use associated lung injury) with the biological lab. No explanation has been offered yet.

If detective stories could offer a clue, then those who repeat their alibis are trying to conceal their guilt, and those who go all out to blame others are to run away with crimes. The US must give explanations about questions related to itself, stop any manipulation out of political motives, and cooperate with all other countries in the human endeavor to conquer the challenge.