History will not wait for the US as development marches on 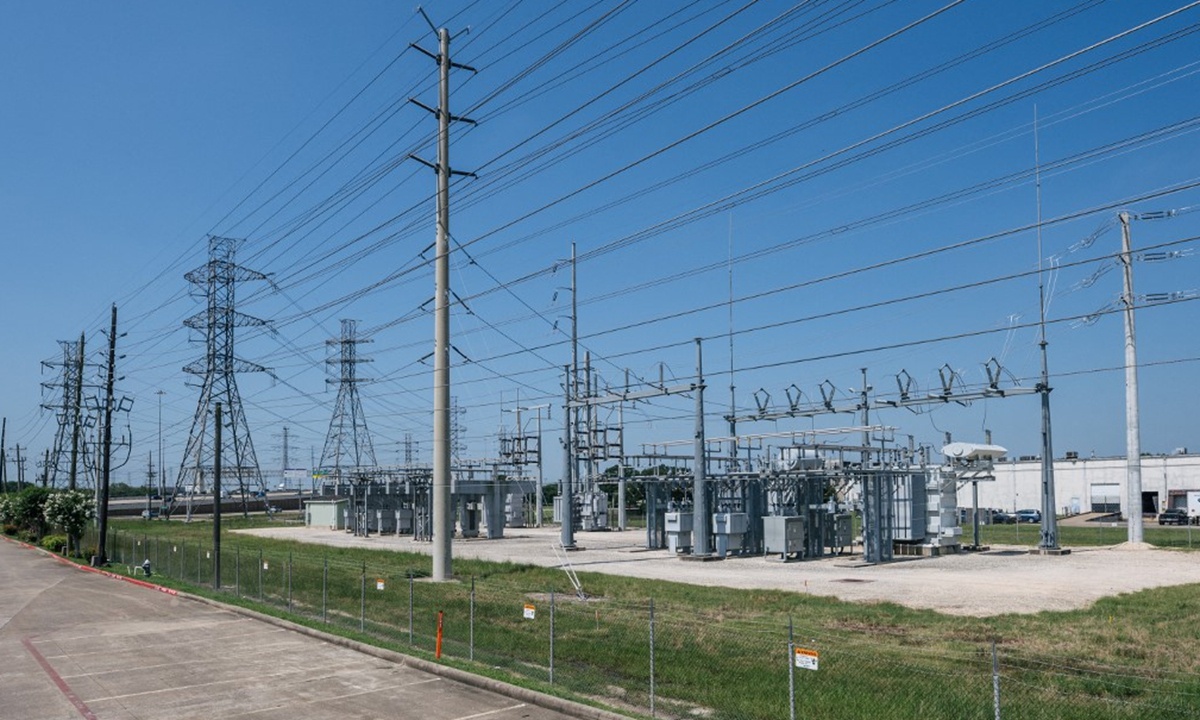 On Monday, regulators of the Texas state warned citizens to use less power when soaring temperatures drove electricity demand to a June record, or they would face a repeat of the deadly failures in February that left 69 percent of Texans without power and half without water, according to the New York Times.

It is ironic news: In 2021, one of the richest states in the US asked its residents to use less power. Obviously, this is not a result of an accident or a natural disaster, but a flaw of its system that has been tested by extreme weather.

The flaw is rooted in the state's vision of governance. Texas is portrayed as "the new Jerusalem of free market fundamentalism," which implies a strong belief in the ability of unregulated laissez-faire or free market policies to solve most economic and social problems. The drawbacks of such a model have recently been exposed. Texas' power crisis is only one of them. The US' failure of fighting against the coronavirus epidemic has been unexpected. It is mainly the result of its system and governing practice under such a vision.

The core of this extreme market economy is actually the neo-liberalism refined by US political theorist Francis Fukuyama more than 30 years ago. This governance notion has a strong belief on the actual function of Adam Smith's "invisible hand" and market mechanism. Principles of market cost-benefit, as well as the idea of near-zero inventory of emergency supplies under the guidance of "tight balance," have been firmly implemented.

And of course, when the test eventually comes, the answer will be obvious: The market cannot respond instantly and correctly as theories have suggested. As a result, as soon as extreme weather comes, Texas will have to implement power rationing. People in Texas will need to restore the living habits of the pre-electric age and learn the corresponding survival skills. When facing the epidemic, people have seen an unforgettable scene: Trapped by insufficient emergency supply reserves and distribution, front-line medical staff can only wear protective clothing temporarily modified with garbage bags, fighting in the wards with the world's most high-end medical resources.

For people with basic cognitive abilities, the COVID-19 pandemic and the response of Europe and Washington will inevitably lead to the death penalty of the neoliberal model. Fukuyama, the father of the idea of the "end of history," is also frank about this. In April 2020, in an interview with French media Le Point, he said that we have seen the tail of the comet of neoliberalism. But when it comes to the choice after neoliberalism, people represented by Fukuyama still firmly adopt the smallest correction: They do not want to go beyond neoliberalism, but to go back to the past and return to the classic liberalism in the 1950s and 1960s - the combination of market economy and the government's limited control of the market.

As of now, and for the foreseeable future, Fukuyama's vision is difficult to be realized outside of Hollywood films and televisions. The US cannot go back in time because the process of development is irreversible.

The US in the 1950s and 1960s was able to develop such a model of governance because of a specific historical context. In addition to factors such as the threat of the former Soviet Union and the wiser leadership of the US, at the time, Washington's economic structure used to play a major role - nearly 30 percent of the US economy was from manufacturing. Now, 21 percent of the US economy is from real estate, insurance and finance, and manufacturing contributes only 11 percent.

This process of changing the proportion of the manufacturing industry is consciously formed by following the market's instinct to maximize profits. The so-called going back to the past is actually the belief that the US government has the ability and desire to adjust the proportions of manufacturing and financial industries. But the US cannot just go back to the past as it wants.

Whether it is the power outrage in Texas or the raging COVID-19 pandemic, it is like a ray of light of this era, illuminating all aspects of the US. The current US is facing a daunting test. No matter how the US responds to the challenges, the pace of history will continue to march forward and will not stop for it.