There is a dreary dismal familiarity to me in watching the progression of the continuing Hong Kong riots. They could be following exactly the same script as the protests that rocked the West in the late 1960s. 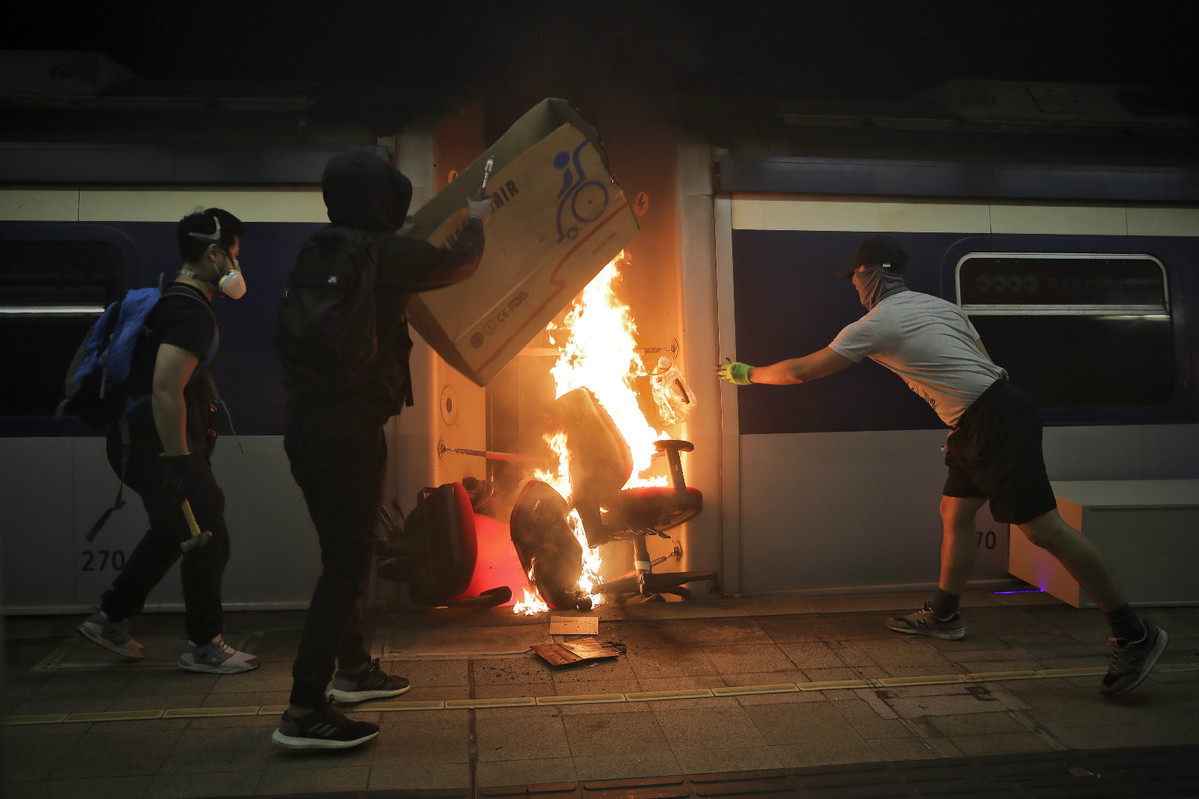 At first, the protests begin as apparently peaceful, orderly and dignified, but they never stay that way for too long.

For the protestors are never satisfied by reasonable concessions and dignified compromises on the part of the authorities: Instead, slowly but inexorably, the protests descend into the primeval language of bestial hate and emotional hysteria.

The "requests" for "concessions" first grow into "demands." Then those "demands" invariably and inevitably widen. They become impossible to concede. And if even then the government does concede them, the response is only to demand even more wide ranging ones. Eventually the protestors' "demands" become so incoherent, sweeping and inarticulate, filled with hatred and rage that it is impossible to even define them, let alone continue to grant them.

The authorities in Hong Kong have been remarkably restrained in their use of force so far: At the time of writing, there have been no fatalities as a direct result of police use of force. One protestor fell or was pushed off the roof of a building. It is not even known by whom. Another man who had argument with protestors was set on fire by the extreme ones and is in critical condition. A third who was shot this week by police may or may not die.

Yet James Palmer writing in the "Foreign Policy" web platform on November 11 had no hesitation in predicting that more deaths would follow and that they would all be the fault of the Chinese authorities. "Police brutality is brutalizing its victims," he wrote.

It is certain that Palmer would never dare to allege that police brutality in the United States was brutalizing the families and communities of its victims. Yet more than 1,000 people — many of them harmless and unarmed — are killed in US police shootings every year, according to data bases published by the Washington Post and the Guardian newspaper in Britain.

From 1965 through the end of the decade outbursts of similar student violence threatened the stability and (so it seemed) survival of societies throughout the West.

But where ever those protests got out of hand — especially in the United States and in my native Northern Ireland — the authorities responded unhesitatingly with direct security crackdowns. Inevitably, the repressions that followed in countries around the world were far harsher than the regimes that the outraged protestors were raging against.

This is true whether the population at risk is the tiny 1.5 million communities of Northern Ireland under the indirect rule of Britain in 1969. And the Chinese people have enjoyed a security and prosperity unprecedented in their entire history over the past four decades.

The very creation of Hong Kong after the first Opium War grew directly out of the smashing of the credibility and military power of China's ruling Qing Dynasty by Britain and France in the notorious Opium War of 1840-1842. Its return to China on July 1, 1997, has therefore always been emblematic of China's terrible Century of Powerlessness – and of the new and better age that at last succeeded it.

The national consensus among the Chinese people to keep their nation unified and peaceful, safe and strong is therefore a deeply rooted and profound one.

It is vital that peace is restored in Hong Kong and law and order is maintained for the greater good. The rioters therefore need to be warned clearly in advance what the consequences of their continued lawless, violent actions will be. The cowardly hypocrites who urge them on from thousands of miles away are only going to have blood on their own hands: Far too much of it.