OPINIONS Holding up the spirit of Marxism in China

Holding up the spirit of Marxism in China 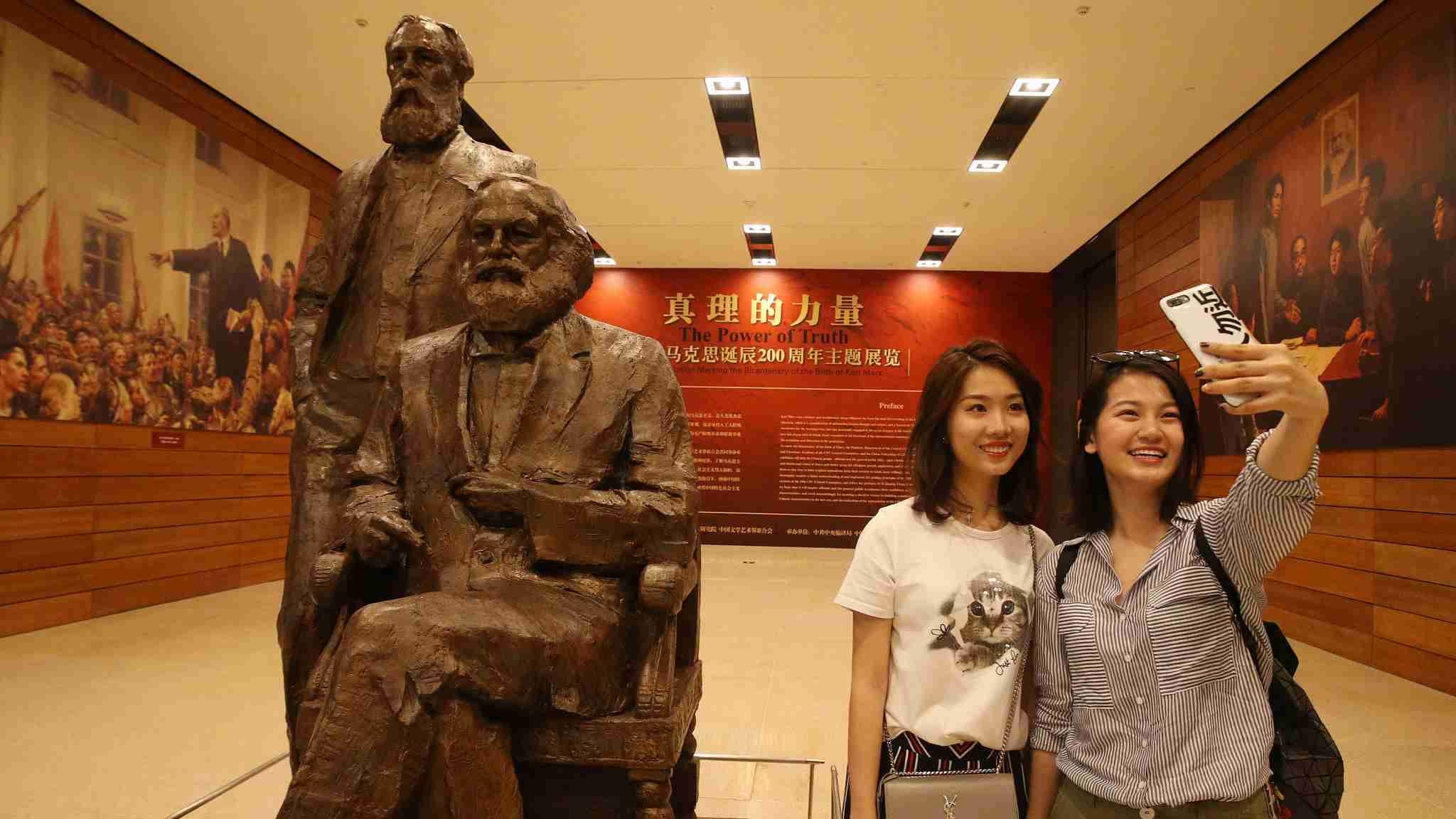 In the age of globalization, people wonder why the current world needs Marxism which was founded in 1848 as the instrumental guide to social issues. To understand this, it is necessary to reflect on the spirit and wisdom of Marxism, because there are few thinkers like Karl Marx in modern history whose thought has been so widely perceived and read.

The term "Marxism" was originally used by Karl Kautsky who considered himself an "orthodox" Marxist during the dispute between the orthodox and revisionist followers of Marx. Yet, as a universally adopted methodology of socioeconomic analysis that frames capitalism through a paradigm of exploitation, Marxism has had a profound and remaining impact on the social, economic and political issues globally, and it has ever expanded into all academic fields such as anthropology, aesthetics, economics, ethics, history, literary criticism, political science, sociology and philosophy. Since Marx viewed the social world as a totality to be analyzed scientifically, the academic division of the social world into different areas of inquiry – history, philosophy, economics, political science, sociology, international relations – is seen as arbitrary and unhelpful. Therefore, Marxism is always open, critical and self-critical, and developing. 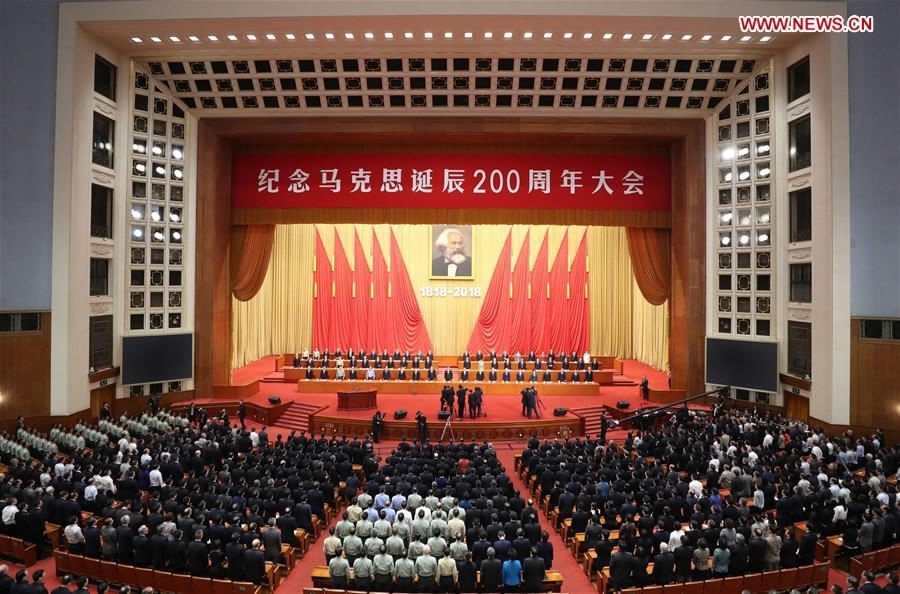 A conference to mark the 200th anniversary of the birth of Karl Marx is held in the Great Hall of the People in Beijing, capital of China, May 4, 2018. (Photo: Xinhua)

It is true that over the past decades, Marxism and Communism based on Marxian teachings have undergone the sea-changes from the previous Soviet Union to current China and Cuba. Even though the Communism was weakened in Europe, particularly in the former Soviet bloc, the early 21st century continues to see the election of socialist governments in several Latin American states, in what came to be known as the "pink tide". Initiated by the Venezuelan leader Hugo Chavez, this trend was followed closely by the elections in Bolivia, Ecuador and Nicaragua. Forging political and economic alliances through international organizations like the “Bolivarian Alliance for the Americas”, these socialist regimes aligned themselves with Cuba, admitted to being significantly influenced by Marxist theory.

Today’s China is at the crucial moment in its history. Since the rise of China is closely related to the globalization, it requires the Chinese to be well-aware of the theory and practice of Marxist thought on the law of the development of human society and the core teachings on upholding the people's position. Specifically speaking, the ruling party of China should follow Marxist doctrines on productivity and the relations of production. Consider that China’s economic growth in the next crucial decades can’t be done at the cost of cultural prosperity and natural conservation, China must be strict in abiding by Marxist ideas on relations between the peoples’ welfare and sustainable environment. 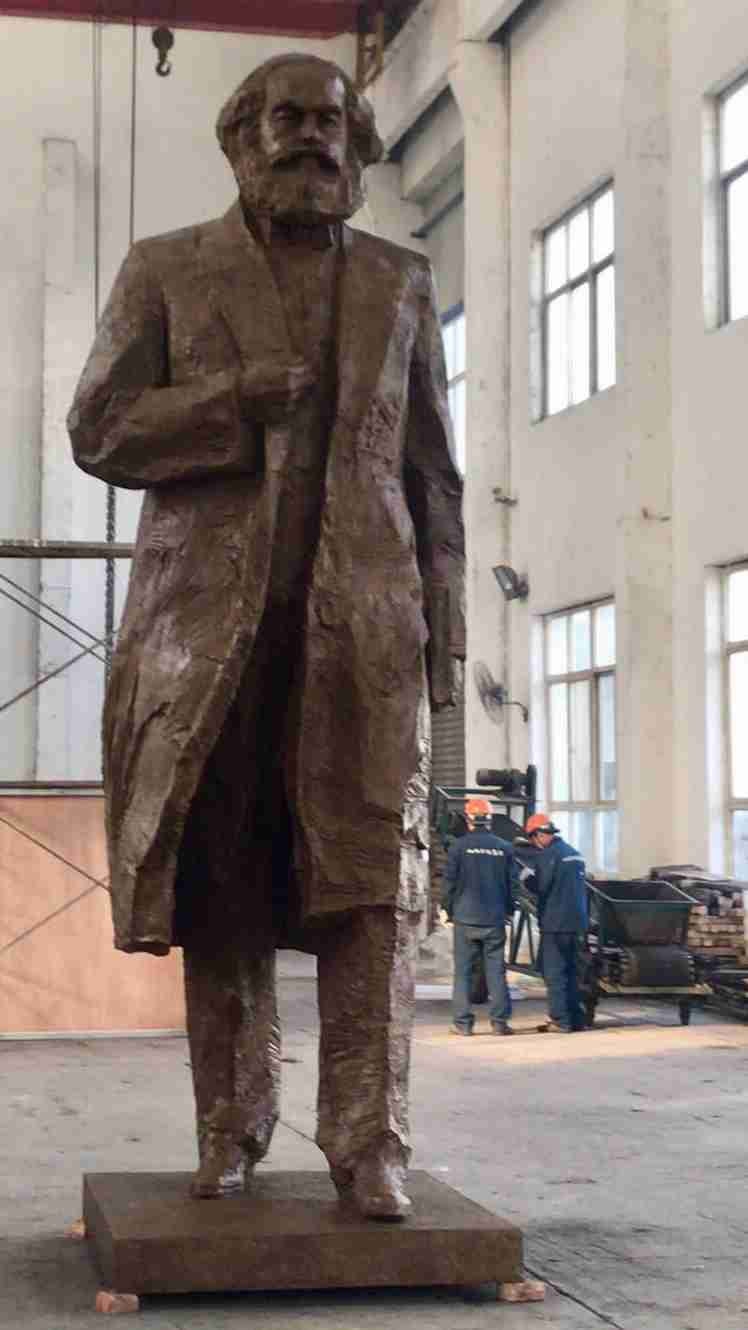 The 5.5-meter-tall bronze statue of Karl Marx stands in a bronze factory workshop in China's north Shanxi Province on Feb. 24, 2018, ready to be transported to the German philosopher's hometown of Trier. (Photo: CGTN)

There have been no easy ways to adapt Marxism to any domestic context. China is no exception, just because Marxian thought is not only a profound theory but also a dynamic reality. Looking into modern China which was at the mercy of foreign powers for the whole century (1840s-1940s), it is the Communist Party of China which was combines the basic principles of Marxism with the realities of China and then won national independence. Since 1949, in which the founding of the CPC was guided by Marxism, the Party has taken a great responsibility towards the national rejuvenation and led the Chinese people to create a miracle of human beings. In light of this, Marxism has not only profoundly influenced the world, but also enormously changed China.

Historically, Marxism is a scientific theory, creatively revealing the law of human social evolution, the leadership headed by Xi Jinping has determined to make persistent efforts to upholding and develop Marxism according to the concrete reality in China. True, as Xi said that Marxism has been widely disseminated in the world, no ideological theory has had such a wide and profound impact on the world as Marxism has.

Accordingly, the CPC acts as a faithful believer and steadfast practitioner of Marxism with a view to transfer his scientific thought and theory to strong substantial power to perceive and remold world. To that end, it is the sacred duty of Chinese Communists and its people as well to observe, interpret and promote the development of Marxism in China as it has moved towards the center of the world stage so closely than ever before.