Hong Kong's New Year resolution must be to put an end to violence: China Daily editorial 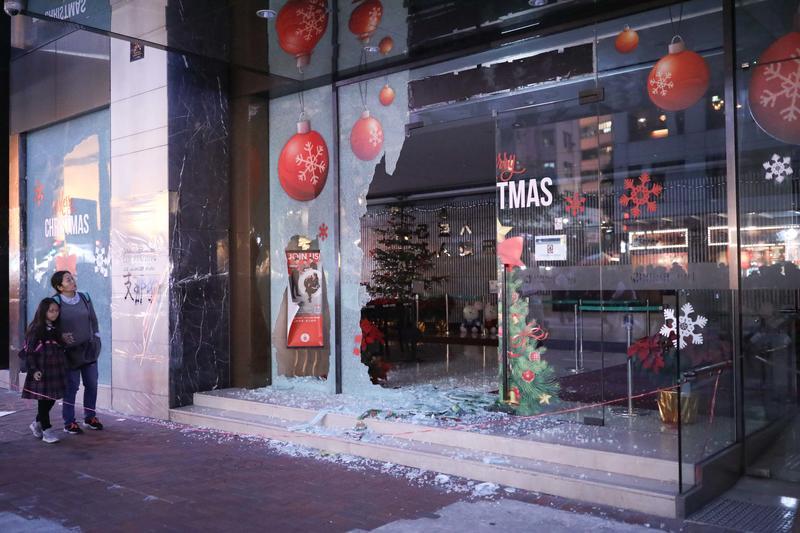 The violence on New Year's Day in Hong Kong sent a worrying signal that some radicals and rioters are still intent on taking the city's stability and prosperity hostage.

In an apparent preview of what the masked mob have in store for the special administrative region in 2020, they made a big scene on the international financial hub's main island on New Year's Day, clashing violently with police and vandalizing public facilities, shops, banks and even the outer wall of the High Court.

About 400 people were arrested for offenses including unlawful assembly and possession of offensive weapons after the rioters went on the rampage and attacked the police with gasoline bombs and bricks.

Since June, Hong Kong has witnessed frequent riots which have plunged the city into its most serious political and economic crisis for years.

The opposition camp's claim that the violence serves the pursuit of greater democracy does not hold water as it is both exclusive and subversive.

Not only are the radicals and rioters seeking to shake the foundations of governance in the SAR, they are also seeking a society made only in their image.

The months of unrest and chaos are taking their toll on the SAR. Its flagging economy, shuttered businesses and fears for personal safety are what the radical elements in Hong Kong have bestowed on their fellow residents in the name of democracy.

At no point have they offered any proposals to improve the SAR's fortunes and promote the well-being of local residents.

All they offer is violent affirmation of a self-created identity as privileged others and hypocritical rhetoric about the erosion of liberties when it is they that are denying to others the liberties that they claim to be upholding.

Over six months of escalating violence all the rioters have offered for the betterment of their hometown is brute force and ignorance, which as they have so readily demonstrated is a recipe for chaos.

To avoid Hong Kong enduring the pitiless routine of the rioters' self-indulgence in the year ahead, the SAR government must resolutely clamp down on their violence and bring every unlawful protester to book.

Hong Kong residents should also firmly rally around the SAR government and police, and join hands with them to safeguard their hometown.