OPINIONS Hong Kong should play to its strengths

Hong Kong should play to its strengths 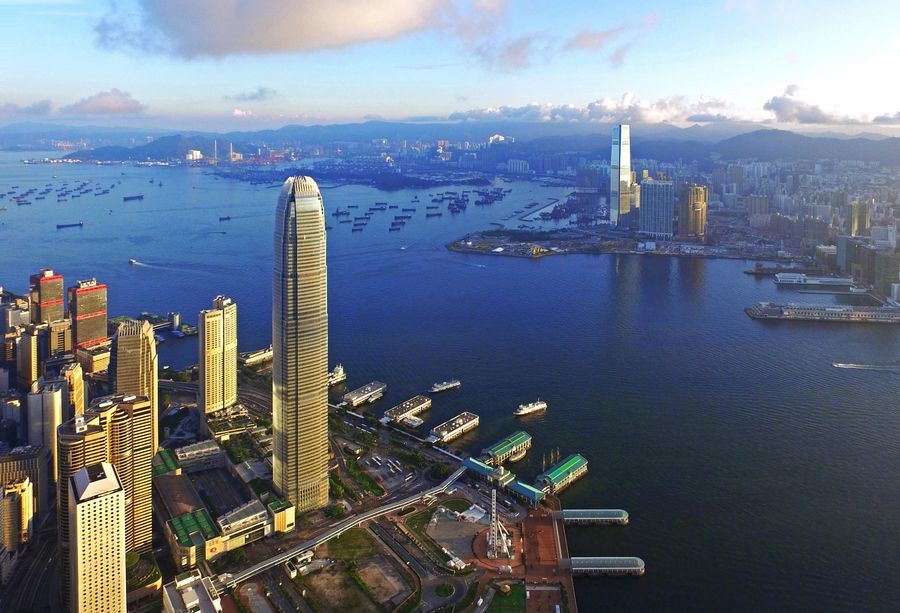 When an exorcism is conducted, the possessed person is said to scream and gesticulate wildly, with peace descending only once the devil inside departs. This analogy springs to mind upon witnessing reactions of the Hong Kong protest movement, and its foreign backers, to the new national security law.

Although the protesters got away with subversive activities over the past year, they can now see the writing on the wall.

The graffiti, which they scrawled on the walls of the Legislative Council Complex on July 1, proclaimed that "Hong Kong is not China", and this, coupled with their calls for "Hong Kong independence" and the "revolution of our times", may come back to haunt them.

On May 19, in a show of solidarity with the Hong Kong separatists, Republican US Congressman Scott Perry introduced Resolution 6947 in the United States House of Representatives. This would authorize the US president to treat Hong Kong as a "separate, independent country".

The resolution was referred to the House Foreign Affairs Committee, of which Perry is a member. This, as with similar moves in relation to Taiwan and the Tibet and Xinjiang Uygur autonomous regions, is a demonstration of how foreign forces are working in tandem with local separatists to divide China.

The separatists have acquired vast quantities of explosives and weaponry, and nobody should underestimate their ability to retaliate.

This explains why Hong Kong needed a law to prohibit subversive and secessionist activities.

As Hong Kong, after 23 years, has been unable to enact the national security laws required of it under the Basic Law's Article 23, the National People's Congress has been left with no choice but to plug the gap.

The existential threats facing Hong Kong cannot be disregarded. No country in the world would tolerate a situation in which urban warfare is waged on its streets, as the US has shown over the past few days through its reaction to the riots following the killing of George Floyd, a black man who was in police custody.

Hong Kong citizens who collude with foreign powers to harm the city and its officials should also be prosecutable.

The NPC, while protecting the "one country, two systems" principle, has adopted a minimalist approach, with the national security law giving the authorities the tools they need to combat the immediate dangers.

Vice-Premier Han Zheng has emphasized that it remains Hong Kong's own responsibility to enact Article 23 as soon as possible, meaning the outstanding areas of treason, sedition and theft of state secrets.

Although the US has its own draconian national security laws, President Donald Trump, with brazen hypocrisy, has now announced that he intends to end Hong Kong's special trading status, and sanction its officials.

Although the US will not want to lose the huge profits it makes out of Hong Kong, it sees the city as expendable. Hong Kong is another pawn in its geopolitical rivalry with China, which is why it has given so much encouragement to the protest movement.

Hong Kong, however, is a great survivor. It survived the Japanese invasion of 1941, pulled through plagues and natural disasters, and weathered some devastating financial crises. It has many real friends, both in Asia and beyond, who have stood by it through thick and thin.

As a member in its own right of the World Trade Organization, Hong Kong will remain an open commercial city that, while developing its existing trading partnerships, will also cultivate new ones.

It must not only leverage on its traditional strengths of finance, logistics and tourism, but also grow its expertise in innovation, digital technology and cultural, educational and medical services.

Hong Kong has huge opportunities opening up for it in the Guangdong-Hong Kong-Macao Greater Bay Area, which is developing into an economic powerhouse, rivaling the US' Silicon Valley and the Tokyo Bay area.

Its connectivity can facilitate the successful development of the Belt and Road Initiative. If Hong Kong, by playing to its strengths in new and developing areas, can refocus itself, there is no reason why it should not have a very bright future.

As American academician Leon C. Megginson once said: "It is not the strongest of the species that survives, nor the most intelligent, but rather the one most adaptable to change."

Therefore, Hong Kong must react positively to the circumstances and embrace the opportunities appearing on the horizon.