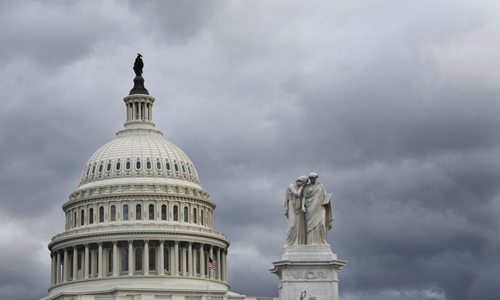 Republican-controlled Missouri has become the first US state to file a lawsuit against China for its handling of the COVID-19 outbreak, demanding that China compensate for the losses caused by the coronavirus. Mississippi, another state controlled by the Republicans, followed suit and similar propositions and actions are emerging from some Western lawyers and nongovernmental institutions such as Codacons, Italy's main consumer association.

As attempting to hold China accountable is absurd and the Chinese government is protected by sovereign immunity, such a lawsuit will never succeed. Even if some US or Western courts support the claim for compensation from China, they cannot force China to pay compensation as long as China refuses.

The Trump administration is attempting to create a new China hot spot by both overtly and covertly supporting such lawsuits, in order to shift the fury of Americans over their federal government's inability to contain the spread of COVID-19.

It will be another story if the US federal government publicly supports such a lawsuit against China and uses its national strength to push it forward.

The US federal government's first step would be to cancel China's sovereignty immunity as defined by the Foreign Sovereign Immunities Act (FSIA) of 1976. Such a move would have to be approved by the US Congress and signed by President Donald Trump. If the US really acts that way, it would open a Pandora's box and result in the collapse of the world's sovereignty immunity system. It would mean anyone could sue the US government in their own countries - an AIDS patient could sue it for compensation, for example.

No government will enforce such judgments. The execution of such a ruling could only be carried out by forcibly depriving the defendant countries of their overseas property, which would lead to tit-for-tat retaliation and drag the world into chaos.

The "blame China" campaign is nothing more than a publicity stunt by the US. Lawyers and organizations involved don't expect to win; they care more about the news coverage such a lawsuit would garner than the result itself. This also applies to the Trump administration.

The US government has become infamous for repeatedly placing blame on China for its own failings, while simultaneously launching attacks on international organizations such as the World Health Organization.

The US and other Western countries built a system that favors the Western camp in a hegemonic and bullying manner. These countries can't accept that China has grown stronger, so they are pursuing a new round of bullying in order to block China's development that is progressing faster than theirs.

When it comes to the battle against COVID-19, China's measures have turned out to be more effective and the country is contributing to the world's virus prevention. If we regard the battle as a match, the US is losing the game. So it is trying to manipulate the referee in order to gain the upper hand.

The US has in the past acted as a hooligan in the political and public opinion spheres, and the hooliganism has now expanded into the judicial realm. Hooligans are cheats who willingly break the rules when they can't win. The US acts are a good example of this.

The most important thing China needs to do is enhance its countermeasures against US hooliganism, step up national strength building and ensure its bottom line cannot be crossed. If Washington goes beyond verbal attacks and takes concrete actions to provoke China, China must firmly strike back, to prove that it cannot be bullied.