OPINIONS Hope in Henan to minimize causalities amid dangerous rainfall

Hope in Henan to minimize causalities amid dangerous rainfall 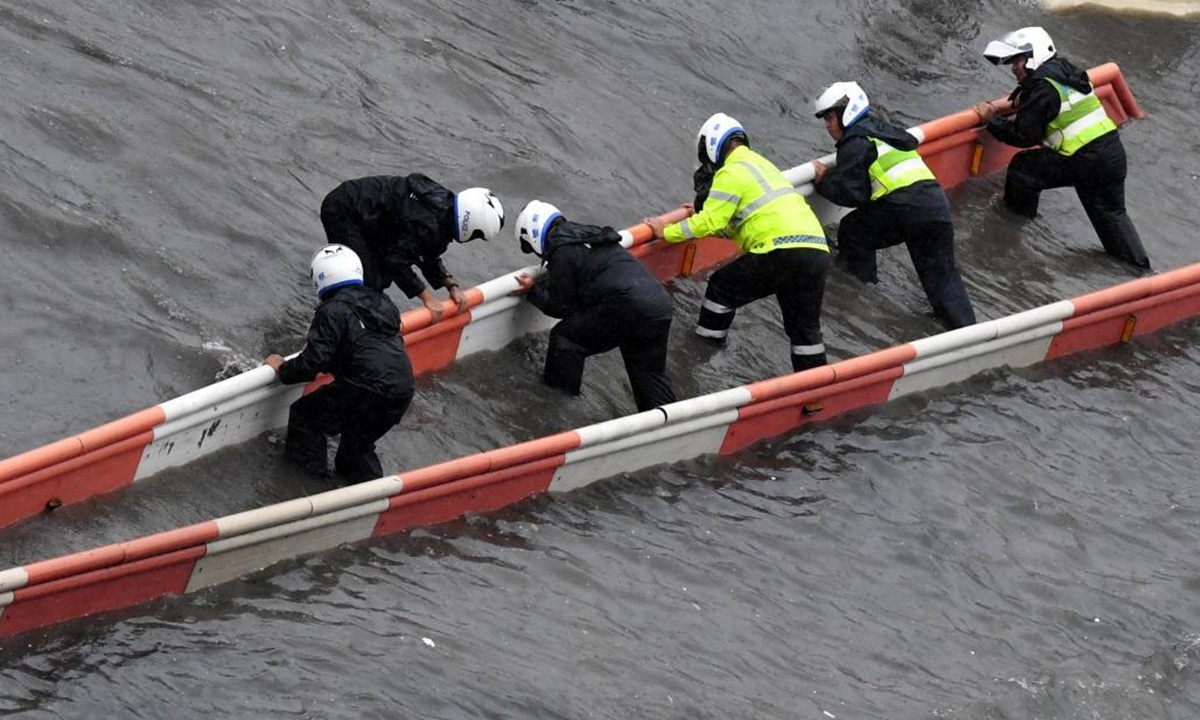 Zhengzhou, capital city of Central China's Henan Province, has registered about 202 mm of precipitation within an hour. Meanwhile, Gongyi, another Henan city just 74 kilometers away from Zhengzhou, registered about 610 mm of precipitation within 24 hours. Such strong rainfall is globally rare. Some streets that have turned into small rivers and the cars floating in the water are epitomes of this natural disaster. This is heartbreaking.

The top priority at this juncture is to ensure the safety of personnel. Minimizing casualties is the real test for Henan and Zhengzhou in their fight against this huge natural disaster. As of Tuesday night, the People's Liberation Army and the Armed Police forces have started their mission to help protect people from the disaster. The Changzhuang reservoir that was once in emergency has been urgently reinforced and protected. Besides, in Luoyang, just 139kilometers from Zhengzhou, the Yihetan river beach dam had a 20-meter breach, where the PLA soldiers were taking orders to blast the dam for flood division. All these messages are concerning the people from all over China. 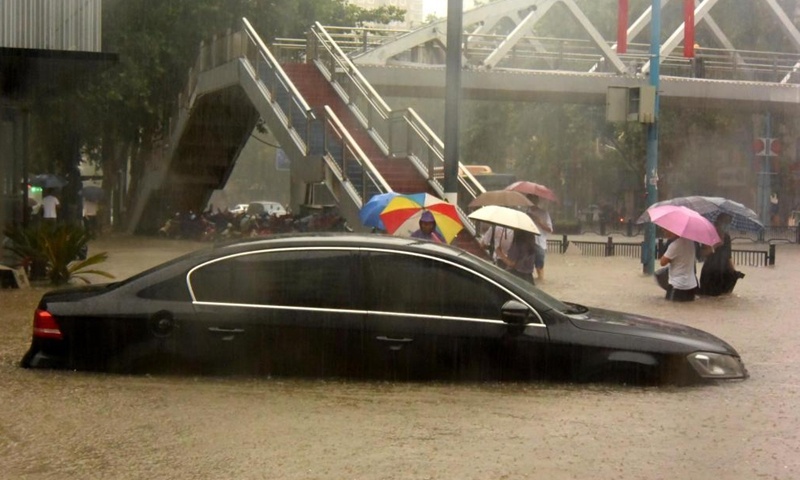 A car is inundated by rainwater in Zhengzhou, capital of central China's Henan Province, July 20, 2021.

There is still a lot of unconfirmed news concerning the disaster-hit region. But it's clear some people are still trapped in the floods, and ensuring their safety is the single most urgent task. Reducing casualties is the top priority in the early stage of the disaster. We hope that Henan has effectively devoted all its strength to realize the goal. That means, when a house is washed down by the floods, the residents inside should have been moved out. When cars are overwhelmed, people inside could escape in a timely fashion. Those trapped in remote places can keep in touch with the government, receiving self-help guidance and encouragement when waiting for rescue.

We highly hope that the cars and houses swept away by the floods are empty ones and that no is still left in the disaster zone. The floods will inevitably take away some property, but people should remain safe and many potential casualties could be avoided. If we could achieve all these, that will be a victory.

Henan is a Chinese province where there is stronger faith, stronger ability to organize and fight in the face of the huge disaster. It has the boundless power from the whole country to immediately mobilize support. On the whole, we have confidence in Henan as well as in the country.