OPINIONS Horticultural expo worth every penny

Horticultural expo worth every penny

It will attract 110 countries and international organizations as participants and more than 120 non-official exhibitors. It will have 41 outdoor exhibition centers which will host about 2,500 activities, including those involving artificial intelligence and 5G technology. And it will draw an estimated 16 million visitors both from home and abroad. 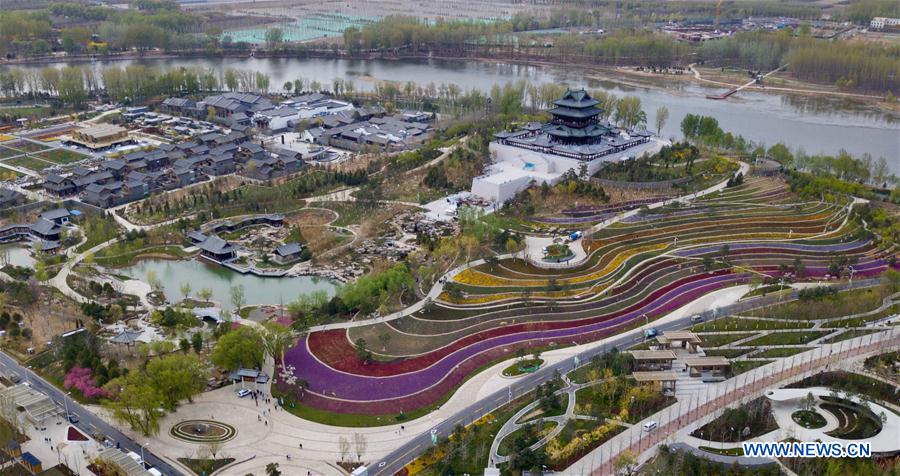 The 2019 Beijing International Horticultural Exhibition, spread over 5.03 square kilometers at the foot of the Great Wall in Beijing's Yanqing district, will open on Monday, and its huge collection of plants, flowers and eye-catching pavilions, as well as ideas for green development will continue to enthrall visitors for 162 days.

Yet some people are using social media platforms to claim the horticultural expo is "wasting money" and "using too many resources". By building so many pavilions to draw participants and visitors, the organizers are burning too much money, they say. They also say the expo will leave the huge area it occupies in decrepit condition after it ends.

Let us check out the facts.

According to the 2018 budget implementation report, issued by the Beijing municipal financial department this March, the city spent 5 billion yuan ($740.69 million) as the annual preparation fees, but only part of it on the preparatory work for the horticultural expo. Beijing also allocated funds to promote social governance among the communities near the expo site, and to green the neighborhood and repair the connecting roads.

The report does not give details, but considering the large number of items included in the budget, the total amount spent on the horticultural expo is likely to be less than 10 billion yuan ($1.49 billion).

To be sure, the amount has not been spent in vain. The estimated 16 million visitors mean 16 million entrance tickets which will help cover a considerable part of the cost, and since the money the visitors spend on flights and trains will be taxed, Beijing will get a part of that too.

Moreover, the staff members from 110 countries and international organizations need food and accommodation, apart from consumer goods during their stay in Beijing. Which, to a certain extent, will boost consumption in the capital.

Compared with the huge commercial opportunities the expo will create, the expenses are small. Plus, the expo will tell the world more about China's horticulture and prompt many visitors to buy Chinese horticultural products and services. And if Chinese landscape architects are contracted to build Chinese-style gardens overseas, Chinese brands will be better known across the world.

Economic calculations aside, the pavilions will serve as big gardens as they will be full of plants. The pavilions have not yet opened, but judging from some of the video clips and photographs doing the rounds of social media, most of the pavilions will have a green cover. And a 5-sq-km area with mostly green cover cannot but improve the local air quality.

China is the only developing country to host the International Horticultural Exhibition thrice－Kunming hosted the first one in 1999 and Shenyang the second in 2006.

Since host cities are known to preserve some of the exhibition sites, they become permanent tourist centers. In fact, the exhibition centers in both Kunming and Shenyang are today popular tourist attractions. And both cities saw faster economic growth after playing host to the expo thanks in part to the increased tourist flow into the cities.

So there are enough reasons to believe the consumption, income and status of Beijing will get a boost through the eco-friendly and literally green expo.