Hosting US military bases a hot potato for Afghanistan's neighbors 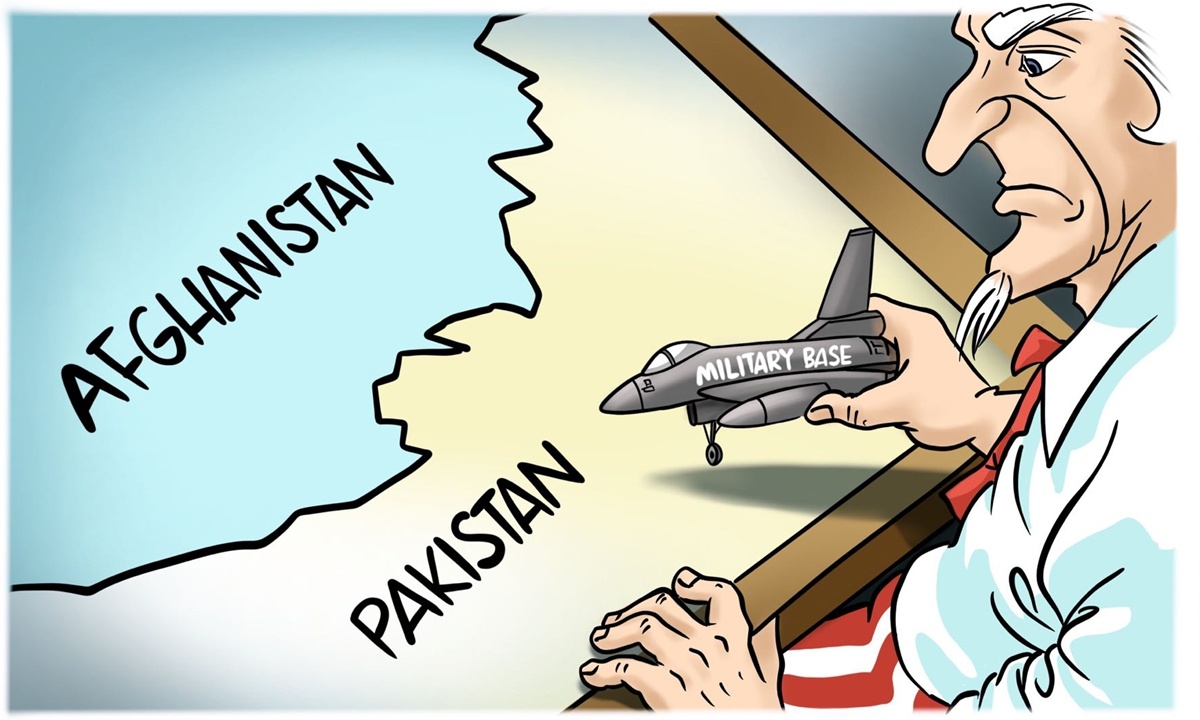 With the pullout of US troops from Afghanistan, Pentagon officials are making last-minutes efforts to pursue basing options with Afghanistan's neighbors for future operations. Washington continues to focus on Pakistan for establishing a military base in the region, despite the fact that some American officials believe the negotiations have reached an impasse for now, The New York Times reported on Monday.

"While we have no basing agreements to announce, we know that Afghanistan's neighbors share our desire to counter the scourge of global terrorism," a Defense Department spokesperson was quoted as saying by ANI/Sputnik Monday. Washington will continue to pursue options with partners and allies in the region, the spokesperson said.

The US finally made the decision to withdraw troops after having been stuck in a quagmire for nearly 20 years. It now is in a complex and fully frustrated psychological state. On the one hand, Washington feels impotent to stabilize the Afghan situation; on the other, it is unwilling to see itself lose control of Afghanistan after its troops' pullout.

Therefore, securing a military base in Afghanistan's neighbors has become a choice. Washington's purpose is to ensure it can still form a timely military deterrent against Afghanistan even if its troops are withdrawn from the war-torn country.

The most preferred option is for the US to operate a base is Pakistan. This is why Washington is making great efforts to persuade Islamabad to allow it to do so. After all, Pakistan was once an important US ally in South Asia. It supported the decision of the administration of former US president George W. Bush to start a war in Afghanistan to overthrow the Taliban regime 20 years ago. But the cooperation between the two countries on the war in Afghanistan has put the Pakistani government under intense pressure from Islamic extremism.

Pakistan doesn't want to be dragged into Afghan affairs and draw fire upon itself anymore. Pakistani Foreign Minister Shah Mahmood Qureshi in May ruled out the possibility of any US military bases on its soil in the future. However, the US has not discarded its attempts, and is still trying to persuade it.

Apart from Pakistan, another obvious option for Washington would be Central Asia. US troops were, after all, based in the region from 2001 to 2014. According to US media reports, the Pentagon is indeed eyeing Tajikistan and Uzbekistan as potential candidates for new bases. However, it's hard to imagine that Central Asian countries will easily allow Washington to open bases.

Currently, Central Asian countries have some security concerns. First, as the US is planning to completely withdraw its troops from Afghanistan, this irresponsible behavior may challenge the security of these countries. Second, they need to take into account their relations with Moscow when coordinating their relations with Washington.

The withdrawal of the US troops is, in fact, a new military strategy to deal with the changes of the situation in Afghanistan. It is a relatively "low-cost" way to maintain the US' strategic and military deterrence. If the US cannot find an appropriate alternative in Afghanistan's periphery in time, the expected effects of its policy of withdrawing from Afghanistan will be significantly reduced.

However, a new US military base on their territory is no different from a hot potato - one that Afghanistan's neighbors are unwilling to take over. Allowing Washington to operate a base can easily turn countries into a target of the Taliban and anti-US forces throughout the region. The Afghan Taliban has warned their neighbors against allowing the US military to operate bases on their soil. "We urge neighboring countries not to allow anyone to do so," the Taliban said in a recent statement, adding that they would "not remain silent in the face of such heinous and provocative acts."

Washington's attempts to establish a base in Afghanistan's periphery could help the hegemonic force sustain its influence on the Afghan situation, but will not contribute to ease the situation for everyday Afghans. Washington worries that Beijing and Moscow will fill the power vacuum after its troop withdrawal. This only demonstrates the US' hegemonic logic.

China is practicing true multilateralism by making efforts to promote the Afghan peace process within multilateral frameworks, including the SCO, China-Central Asia cooperation and the China-Pakistan-Afghanistan trilateral cooperation mechanism. The biggest strength of China's methods is that relevant parties can participate on the basis of equality, integrate multilateral and bilateral efforts, and proactively promote peace talks instead of insisting on military solutions. This is more consistent with the reality and needs of Afghanistan.

The author is a professor of the Middle East Studies Institute at Shanghai International Studies University.