OPINIONS How can Sino-US relations get back on track?

How can Sino-US relations get back on track? 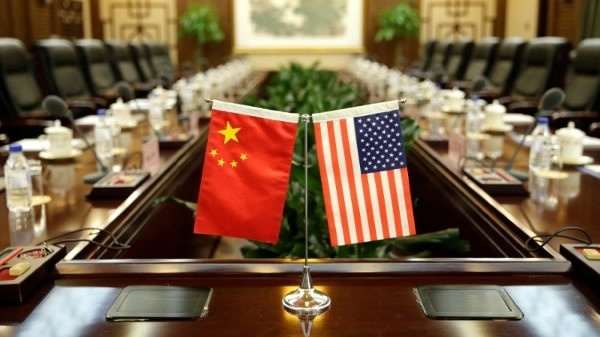 Sino-US relations have deteriorated quickly after COVID-19. Faced with the "dual pressure" of the worsening pandemic and re-election, the Trump administration turned its spearhead to China to divert people's attention, hyping up the "China threat" theory and provoking conflicts on multiple fronts.

As the largest developing and developed countries, China and the US play important roles in international affairs.

The conflict between the two countries affects not only the interests of both China and the US but also the development of the international situation and the overall situation of world peace and stability.

It is not difficult to understand that due to differences in the systems, history and culture of the two countries, some local differences and contradictions will appear in the process of cooperation between China and the US However, history and reality tell us that China and the US are dependent on each other, and their interests are intertwined. Cooperation will benefit both, and struggle will hurt both. So, at the moment of the COVID-19 pandemic, how can China-US relations get back on track?

For China, it is important to strive to promote dialogue, communication, exchanges and cooperation with the US and other countries on epidemic prevention; unswervingly expand opening up in various fields with an open and inclusive attitude toward cooperation between the two countries; and follow the path of socialism with Chinese characteristics, while respecting the US state and social system. It also aims to seek common ground while reserving differences and actively pursue cooperation and win-win results.

As far as the US is concerned, first, it is necessary to realize China's significance to the stability and development of the United States. China is an important force in helping the US tide over difficulties and a right-hand man in jointly solving international problems.

For example, in 2005, China assisted the US, which was severely hit by Hurricane Katrina and provided a large amount of aid. This year, China also provided a large amount of anti-epidemic materials, such as masks and protective suits to the US, which was severely affected by COVID-19. China also actively shared relevant data, which Trump personally admitted was effective in helping the US prevent the epidemic.

China and the US have also jointly solved a series of public health and international climate issues. For example, in 2014, China and the US jointly helped combat the Ebola epidemic in Africa. The two countries also issued three joint climate change statements, which promoted the successful signing of the Paris Agreement, etc. It is hoped that the US can actively cooperate with China to help the world emerge from the haze of the epidemic as soon as possible.

Second, the US should treat its relationship with China objectively, which helps the US maintain its image as a major power. The US's comprehensive strength ranks first in the world and plays an irreplaceable role in international affairs. However, if it continues to pursue a policy of "diplomatic isolation" against China, it will destroy not only the Sino-US friendship but also the US's reputation as a powerful country.

The third is to build a sound China-US community, which is conducive to the healthy development of the US and the world economy. Professor Ferguson of Harvard University said China and the US have entered an era of symbiosis. If the US continues to impose sanctions on Chinese companies, it will eventually hurt itself. Trump's recent decision to ban TikTok has only sparked a backlash among young people in its own country.

If similar commercial suppression continues, China's investment will be withdrawn from the US in large numbers and transferred to Europe and other regions.

Editor's note: Xiao Huilin is the vice dean of the School of International Development and Cooperation at the University of International Business and Economics and deputy secretary-general of the China Association of International Trade in the Ministry of Commerce of the People's Republic of China. The article reflects the author's opinions and not necessarily the views of CGTN.