OPINIONS How China can respond to Trump's tariff war

How China can respond to Trump's tariff war

In the trade war against China, the White House’s “America First” advocates are relying on trade instruments that contained Japan’s rise in the 1980s. But China is not Japan. It has ten ways to hit back. 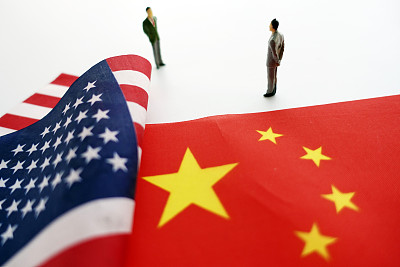 On Tuesday, China said it would impose anti-dumping duties on imports of U.S. sorghum. As the largest buyer of U. sorghum - about $1 billion annually - China holds substantial leverage. Currently, China relies almost solely on the US for its sorghum. As bilateral trade relations erode, that kind of reliance may soon be a thing of the past.

Moreover, since sorghum is grown mainly in rural US South, the measure will penalize those Trump constituencies that supported his 2016 triumph. In the fall, their support will no longer be given in the midterm election.

Here’s how President Trump undermined five decades of freer trading in five weeks. In early March, he introduced a global tariff of 24 percent on steel imports, while launching a 10 percent duty on all aluminum entering the US.

On March 22, Trump directed his administration to make a case against Chinese technology licensing in the WTO, launched a slate of tariffs at $50 billion on Chinese products and proposed to step up restrictions on Chinese investment in key US technologies. That’s when China, in response to US steel and aluminum tariffs, imposed tariffs on $3 billion worth of US goods.

On April 2, China imposed tariffs of up to 25 percent on 128 US products, in response to steel and aluminum tariffs. The next day, the US proposed tariffs on $50 billion worth of Chinese electronics. Afterwards, China launched $50 billion in tariffs on more US products, including soybeans, cars and chemicals. And on April 5, Trump said he was considering an additional $100 billion in tariffs against China.

In the colonial era, Britain relied on the “divide and rule” principle to exhaust rivals and sustain its power. With substantial geopolitical leeway, Trump is playing targeted countries against each other. That’s why he granted “initial exemptions” to US NAFTA partners, Mexico and Canada, “temporary exemptions” to the EU, South Korea and others on steel and aluminum tariffs.

However, the Trump administration may be in for a cruel awakening. China will take corresponding measures of equal scale and strength against US products.

To protect its interests, China will resort to the WTO dispute settlement mechanism and continue to push for diplomatic negotiations, along with efforts to import more American cars, aircraft and natural gas, while promoting reforms in its financial sector. After all, bilateral compromise could pave way to new talks later if Republicans lose their positions in the Congress in the midterm elections.

Ten ways to hit back

First, China could defer trade and investment deals that were signed during Trump’s previous visit to China, as recent reports suggest China is slowing reviews of huge takeover deals being pursued by Qualcomm and Bain Capital.

Second, China could raise takes by banning the import of genetically modified products from the US, which are opposed by many countries. While US GMO crops remain stuck in the Chinese approval process, China’s domestic GMO sector has been catching up with the West.

Third, US unilateral tariffs could hit hard the constituencies that were vital for Trump’s triumph in 2016 and who remain critical to Republicans in the mid-term elections. These farmers and blue-collar voters gave Trump a mandate to negotiate better terms with US trade partners, but not a carte blanche, and certainly not a license for a trade war. Free trade is US farmers’ livelihood.

If the Trump administration will obstruct Chinese investments in the US, China could target US services. Reportedly, over half of the $39 billion US surplus with China in services comes from spending by the Chinese who are traveling and studying in the US. Should Beijing restrict Chinese tourism to the US, as Washington has blocked visas to the Chinese, that service surplus would shrink.

Fifth, there is the controversial issue of currency devaluation. After China was reportedly studying the potential impact of a gradual yuan depreciation, US Treasury Department declined to label China or other emerging economies a “currency manipulator” in its biannual report. Yet, the option remains on the table.

As US sovereign debt now exceeds $20.7 trillion (107% of GDP) and Trump’s infra-structure initiative is fueled by record-high leverage, trade war is undermining US revenue sources. At $58 billion in February, US has the biggest trade gap since 2008, while US budget deficit widened to $666 billion (3.5% of GDP) last year.

Seventh, as Trump’s trade war is escalating even though rising interest rates can no longer ensure a strong dollar, petroyuan is on the ascend. Since the decoupling of the US dollar from gold in the early 1970s, only petrodollar - OPEC oil denominated in US dollars - has sustained the postwar US hegemony. But even that era is now fading. In contrast, China has $3.1 trillion of foreign exchange reserves.

With $1.2 trillion of US debt, China remains the largest foreign holder of US Treasuries. If China or other major foreign holders of US debt - say, Japan, Brazil, Hong Kong, Korea, and Russia - decide to sell that debt, Washington would have to find another way to cover its sustained deficits.

Ninth, if Trump continues to broaden his trade war path, the latter would undermine US ties with its NAFTA partners, alienate EU allies while undercutting US alliances with the rest of its trade and security partners in Asia.

And finally, global growth prospects are not immune to the trade war. Before Trump’s tariffs, global investment flows remained well behind their peak a decade ago. World export volumes reached a plateau already in early 2015. In finance, global cross-border capital flows have declined by a 65 percent since 2007. US trade policies have potential to undermine the already-fragile global recovery, as evidenced by recent market plunges and rising economic uncertainty.

As the White House is toughening its stand, it is reviving the Trans-Pacific Partnership (TPP) plan that Trump buried during his first day in office over a year ago; but only on the condition that America can negotiate “more favorable” terms.

The preposterous assumption is that, through a re-negotiated TPP, US farmers would be economically compensated and thus politically contained because it would allow them to dump their heavily-subsidized agricultural surplus into Asia. In reality, Asian economies have trade goals of their own and subsidizing US agriculture is not one of them.

The worst is still ahead. Reportedly, the White House is planning to ratchet up the pressure against China.

Over a year ago at Davos, President Xi Jinping stressed the need for global cooperation to sustain global recovery. In a trade war, he said, “no one will emerge as a winner.” In the White House, that wisdom got lost in translation. Now the only question is how costly that policy mistake will prove - globally.

Dr Dan Steinbock is an internationally recognized strategist of the multipolar world. and the founder of Difference Group. He has served at the India, China and America Institute (USA) , the Shanghai Institutes for International Studies (China) and the EU Center (Singapore).

The original commentary was released by DifferenceGroup on April 15, 2018.