In contemporary China, from its founding until today, the eradication of absolute poverty has been a priority. It could not be otherwise, given the disastrous conditions in which the Chinese population was torn apart by a century of invasions, civil wars and internal riots. 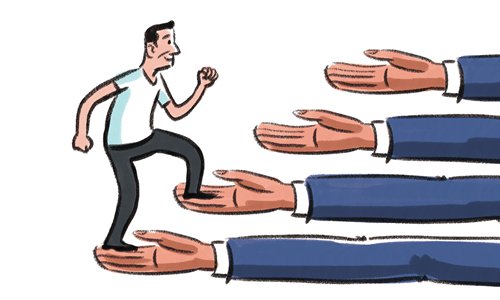 In the last 40 years of reforms and opening-up, China has achieved unique results by implementing poverty eradication measures. Data on elimination of absolute poverty among 800 million people, and the formation and growth of a middle class, which has now become the largest in the world, are widely documented, in a cohesive manner by international and national institutions. This reality can also be verified by traveling through the huge Asian country.

Nevertheless, even today, poverty eradication, together with ecological development and the risks emanating from the process of modernization is one of the most important goals of the developing world. The first five years of Chinese President Xi Jinping's mandate have seen the elimination of absolute poverty among 60 million people. Another 30 million remain poor; a minority that continues to inspire the political and economic planning processes and the action of the entire country.

In this regard, I want to mention what I learnt from a recent study in Yunnan, a peripheral province in southwestern China, bordering Southeast Asian countries and crossed by important rivers (Yangtze, Red, Mekong and Pearl). This amazing province is home to five UNESCO world heritage sites, including the 1,300 terraces of Yuanyang County.

Unfortunately due to less accessibility, unfavorable geographical conditions (94 percent of the territory is mountainous, so there is scarcity of arable land, and geological and geomorphological fragility), Yunnan has been largely poor. Out of a population of 47 million spread over a territory larger than Italy, 3.3 million live below the absolute poverty line in various counties. Ethnic minorities, living in the most remote regions, are the most affected. The strategies suggested by the central government, guidelines and national plans follow different phases: from the identification of areas, families and people who are poor to the identification of the underlying causes and sustainable strategies for solving the problem. In general, a safety net is being built and attention paid to educational policies.

One of the prevalent practices of combating poverty is to encourage movement from remote and inaccessible areas to those suited to development of economic activities. In other cases, where it is necessary to guarantee human presence for the protection, conservation and replication of agricultural activities in fragile but resource-rich areas, authorities are developing infrastructure, improving educational and technical services as well as the digitization process to guarantee access to markets.

Poverty alleviation results of the last few years are linked to the improvement of the local transport system, provision of hydraulic engineering works for access to water and sanitation, and development of adequate sewage and waste disposal systems. Other strengths of the new policies consistent with the "new era" are related to the development of renewable sources for energy production (82 percent in Yunnan) and Information Communication Technology for supporting e-governance and e-commerce. We have seen that e-commerce is particularly developed in several villages in rather remote mountain areas. We are talking about developments and opportunities that have emerged since 2014. The construction of new earthquake-resistant houses and the renovation of old ones is another area of intervention. Moreover, local authorities seem to be particularly satisfied with results obtained from the use of waste for energy generation (biomass).

It should be noted that the prefectures and some counties have the right to approve and allocate resources autonomously, according to general guidelines and local plans. At the same time, the county administrations work in tandem with private companies and the provincial government, which must monitor the allocation of resources. The result is the creation of shared responsibility in which those who do well are rewarded and supported while those who do not achieve results or create obstacles are punished.

At the local level, we confirm the "schema" referred to in reference to the Chinese model, which is actually a laboratory in constant evolution. That is, it involves the sharing of all social components. Market forces work together with the State and Party components. In addition, foreign NGOs are linked to Chinese and local institutions.  A good practice in a village serves as an example for neighboring villages. Evaluation reports of the plan and policy objectives are produced every six months:  monitoring the local use of funds collected or made available by the government; evaluating results, implementation phases and so on.

According to official plans, absolute poverty in Yunnan will be eradicated by 2020. It would not be a gamble to bet on it.