OPINIONS How does US wield 'rules-based order'?

How does US wield 'rules-based order'?

When Europe, the US and some neighboring countries chafe at China, they use the term "rules-based order". So how does the US score on the parameter of a rules-based order? 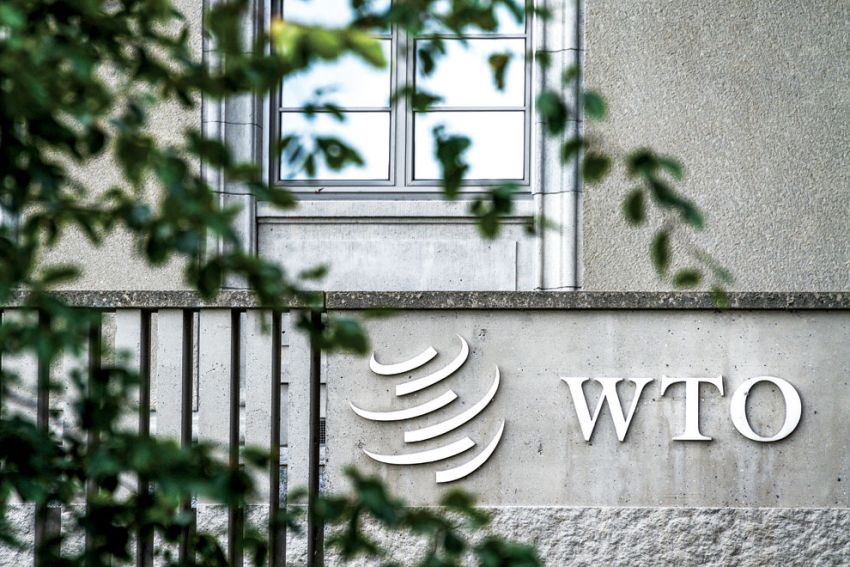 A sign of the World Trade Organization is seen on their headquarters in Geneva. (File photo: AFP)

The basis for supporting the international order is changing though. In general, from the Peace of Westphalia to World War II, a power-based order existed in the world. Based on their national strengths, European powers, which dominated the international order, identified their sphere of influence in the world by using wars or peace treaties. The change in strength was the main cause of wars between great powers.

The international order after WWII turned to a rules-based one which was closely related to the US - because of its superior strength, the US regarded the whole world as its "sphere of influence" and promoted the "rules-based" international order. With the support of other major powers, the US helped establish global political, financial, economic and cultural order by having a leading role in the establishment of global organizations such as the United Nations, the World Bank, the International Monetary Fund, the General Agreement on Tariffs and Trade (GATT) and UNESCO.

The US vigorously advocated free trade and regarded it as the soul of GATT because it was conducive to expanding the influence of the US-led international rules. The US also had a comparative advantage in industrial goods and the services industry, especially finance. It helped the US take the moral high ground and highlighted the responsibility which comes with leadership of the US.

To support allies, the US endured unilateral trade discrimination from some countries and regions such as Europe, Japan, South Korea as well as the island of Taiwan. This was the primary reason for the low overall tax rate in the US. In a reciprocal gesture and coupled with the need to occupy a large American market, these countries and regions exported goods to the US at lower prices.

For an international system that clearly doesn't bring it many benefits, the US attitude is clear: withdrawing, for instance, the Paris climate agreement, and ending the Bretton Woods system; not participating in but signing other bilateral agreements, a typical instance of which is the International Criminal Court; not participating but interpreting it in a way that benefits itself such as with the United Nations Convention on the Law of the Sea; requiring special treatment at first and withdrawing when demands were not met, such as with the International Court of Justice; withdrawing from organizations where US influence is decreasing such as UNESCO and the UN Human Rights Council.

Historically, the US has always been pragmatic about the international order. Isolationism that haunted Washington, Monroe Doctrine that prevailed for more than half a century, Woodrow Wilson's "Fourteen Points" and Franklin Roosevelt's "Four Freedoms" are important instances.

Incumbent US President Donald Trump is not interested in agendas such as world leadership and values. His policy of "America First" is aimed at returning to the pragmatic tradition in an uninhibited manner, with the aim of compensating the "victims of globalization" in the country and holding back strong competitors.

To achieve this, he selectively uses different policy tools: In the traditional manufacturing sector, he emphasizes "fair trade;" in the services industries such as finance and high-end manufacturing that the US has an advantage, he emphasizes "free trade" and abandons "fair trade;" for US industries that could not gain benefits either through "free competition" or "fair competition," he does not hesitate to use political and legal means to prop up US companies and suppress rivals. Forcing manufacturing to return to the US, encouraging other countries to invest in the country and persecuting Huawei are the very policies against this backdrop.

In this regard, the US has precedents before Trump. US suppression of Japan includes the Plaza Accord in 1985 and "voluntary quota" for the export of automobiles to the US in 1991. Amid the Asian financial crisis in 1998, the US accused the Malaysian government of adopting capital controls and supporting enterprises. During the 2008 global financial crisis, the US blatantly invested in Wall Street and the auto industry on the grounds of "too big to fail". Having double standards for international and domestic affairs is a major trait of the US, and both the Democratic and the Republican parties are the same. This is ironic for the superpower that emphasizes "international rules".

In short, international rules are not neutral. The current rules-based order is dominated by European countries and the US that have their roots in Christian civilization. Countries from other civilizations are only participants and recipients.

Nowadays, emerging economies represented by China have become the main contributors to the global economic growth. They are no longer satisfied with simply "receiving" and also demands contributing and reaping benefits, which is undoubtedly justifiable. However, the existing rules-based order has proven difficult to adapt to this change. Therefore, this order will diverge to meet the needs of cooperation and competition among civilizations.

The author is director of the Department of International Strategy at the Institute of World Economics and Politics, Chinese Academy of Social Sciences.