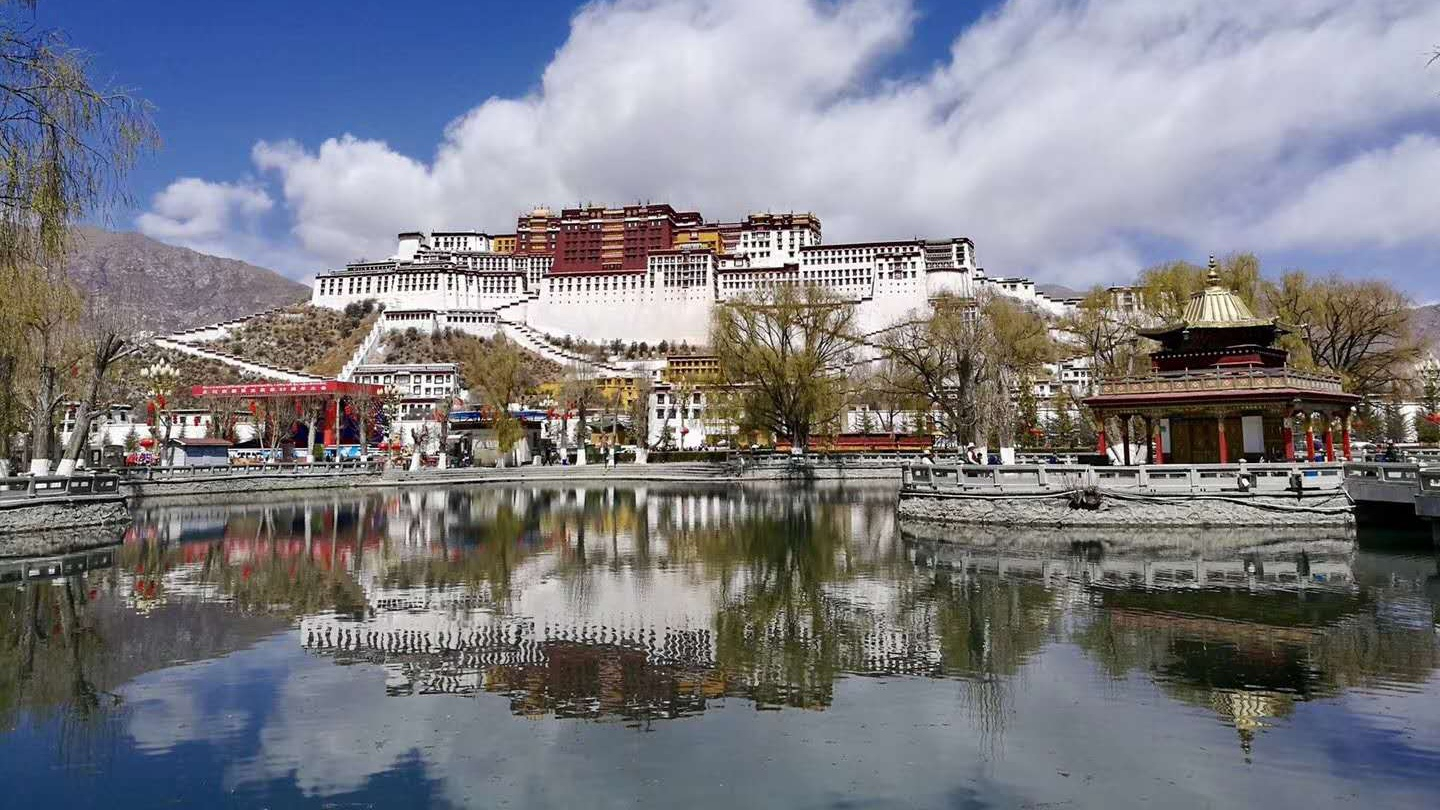 The Tibet independence movement is a legacy of Western invasion. In the late 19th Century and early 20th Century, Britain and Russia launched a great game, with the whole Eurasian continent as their chessboard. In Asia, both powers wanted to include Tibet in their sphere of influence. In 1888 and 1903, Britain invaded Tibet twice, occupying Lhasa in the later offensive. It began to foster pro-independent forces within the upper classes of Tibet, marking the roots of the Tibet independence movement.

In the modern era, especially around the founding of the People's Republic of China (PRC), the US and India have played vital roles in promoting the Tibet independence movement.

For Washington, containing the nascent government led by the Communist Party of China (CPC) was the basic motive to support Tibet's independence.

As early as 1949, just before the PRC was founded, Loy Henderson, then US ambassador to India, secretly sent a telegram to the Department of State to consider the possibility of recognizing Tibet as an independent state, as a means to separate and contain China.

Although the US government declined this direct proposal, it gradually chose to provide military training and equipment to rebels in Tibet and other Tibetan areas, finally triggering the rebellion of the reactionary upper class of Tibet in 1959.

For India, expanding its territory and international influence was its main cause for supporting the Tibet independence movement. Since independence in 1947, India has seen itself as the inheritor of British Raj and all of Britain's privileges in South Asia and surrounding areas including Tibet.

This stance finally triggered two border wars with China in 1959 and 1962, and sparked India's hostility towards China. After that India supported Tibet's independence more openly, by shifting its policy to allow the establishment of a Tibet government in exile, which it once refused.

With the support from the US and India, the Dalai Lama clique launched a decade-long guerrilla war in China-India border areas. However, international relations changed fundamentally after the visit of US President Richard Nixon to China, and military support from the US gradually waned.

In its attempt to survive, the Dalai clique started its internationalization efforts; while seeking a dialogue with the central government of China.

Since 1979, delegates of the Dalai Lama have returned to China and held talks with Chinese leaders.

Those talks stopped in early 1990s, when the Dalai clique thought the central government of China might collapse, similarly to what happened in the Soviet Union, and they could seek complete independence without any talks.

In the following decade, no dialogue took place between the Dalai Lama's representatives and the Chinese central government.

From 2002 to 2010, in order to construct a beneficial internal and external environment for Tibet's stability and development, the central government of China held ten rounds of talks with representatives of the Dalai Lama. However, those talks all failed to achieve any outcome.

The main reason for failure of those talks lied in the deliberate misinterpretation of the Dalai clique of the preconditions of the central government about the subject and theme of negotiations.

There has always been a precondition drawn by the central government of China that talks should be held with personal representatives of the Dalai Lama on his destiny and that of the people around him, rather than with the so-called Tibetan government in exile on the autonomy of Tibet.

Nevertheless, the representatives of the Dalai Lama insisted on their status as officials in the Tibetan government in exile, and tried to talk about the autonomy of "Greater Tibet", which comprises the Tibet Autonomous Region and Tibetan areas in four provinces, which were unacceptable to the central government of China.

Without common grounds, no talk or dialogue could proceed, let alone achieve any positive outcomes.

In 2012, the Dalai Lama declared his "political retirement" and transferred his daily political duties to Kalon Tripa (later Sikyong). After that, internal contradictions and conflicts among different religious sects and political groups within the Dalai clique began to bubble up, undermining the strength and image of the Dalai clique.

When the Dalai Lama passes away in the future, the Tibet independence movement will lose its backbone, and confront a serious setback without any doubt.

However, the fundamental dynamics of this movement lies in the Western interpretation of ethnic relations of China created by Western colonialists more than 100 years ago, which depicted Tibet not as part of China in history, but of the so-called Manchu empire composed of China, Manchuria, Mongolia, Turkestan and Tibet, and argued it should gain independence based on the principle of self-determination.

This historical view is still popular in the West and some developing countries, under which anti-China forces will never stop their pace in finding new agents to mess Tibet up or even separate Tibet from China.

Therefore, the Tibet independence movement may not lose its basic momentum in the near future.

In response to the false historic views advocated by the West and Dalai clique, China should do more to set the record straight and separate fact from fiction, showing its true essence as a unified country with multiple ethnic groups, and the real situation in Tibet, and the social and economic development, cultural preservation and ecological protection the autonomous region have enjoyed in recent decades.