OPINIONS How much longer will Pompeo’s awkward show last?

How much longer will Pompeo’s awkward show last? 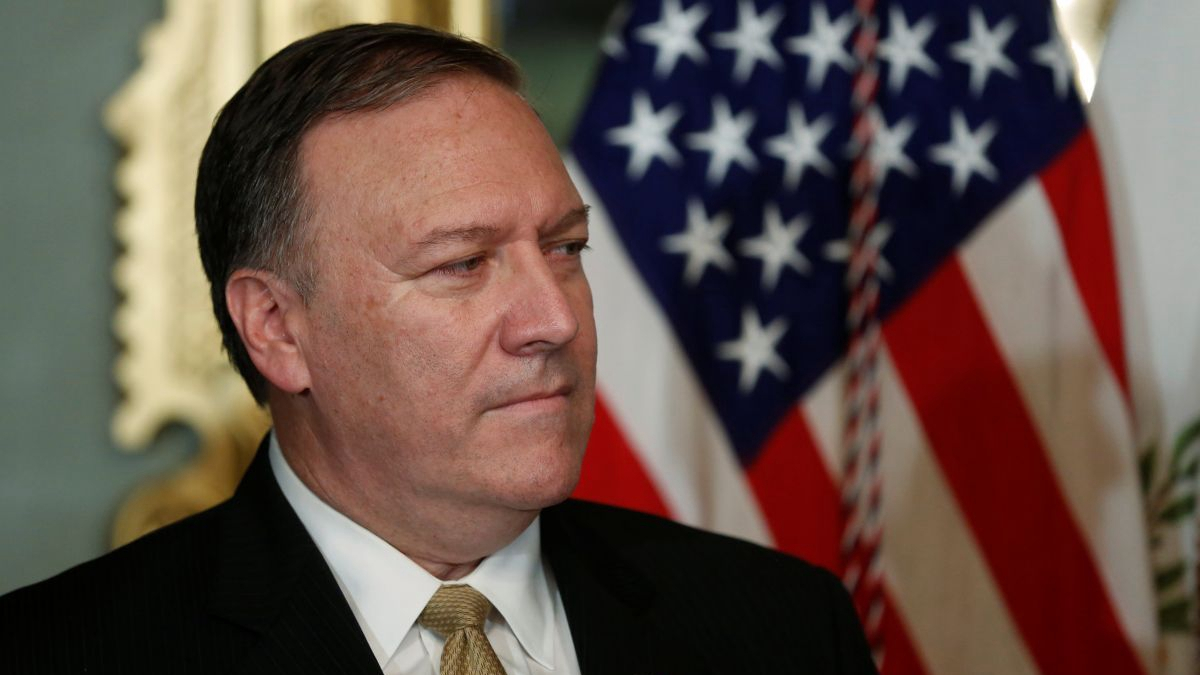 The COVID-19 pandemic spreading worldwide is a crisis for all human beings that needs to be addressed with courage and quick response in solidarity.

However, some U.S. politicians including Secretary of State Mike Pompeo are reacting with inexplicable excitement out of their political motives, totally ignoring the human tragedy happening in their country exacerbated by the spiking death numbers.

Pompeo fabricated lies to attack China on multiple occasions, because he just hopes to sell his aggressive and dangerous China policy, even at the price of people’s lives, when the pandemic is causing psychological impacts on the American society.

Analysts in the U.S. pointed out that Pompeo did nothing to respond to the pandemic, but spent most of his energy on accusing China, repeatedly using the term “possibility” to spread lies to attack China and confuse the public.

It was commented by the media that the top U.S. diplomat has brought a total disgrace, as well as a loss of international credibility to his country. He made up lies that the virus was leaked from a Wuhan lab, instigated other countries to claim compensations from China, and hyped the so-called non-transparency of China’s epidemic data.

Those who tracked Pompeo’s open remarks during the COVID-19 pandemic believe that the proportion of lies in his speeches has broken world record. Scott Ritter, a former U.S. Marine Corps intelligence officer said on news site Russia Today that the U.S. intelligence had been used to support the groundless theory that Iraq housed weapons of mass destruction, and those who have knowledge of this would dread many of Pompeo’s remarks.

Facing the health crisis, China has always been open, transparent and responsible. It takes the most comprehensive, strict and thorough containment measures with all-out efforts to curb the spread of the virus, and is actively engaged in international cooperation. China’s efforts and role are conspicuous.

On the contrary, Pompeo’s immoral remarks would only cost the international credibility for the U.S. and make his country a butt of joke.

He was opposed by America’s allies at a previous G7 foreign ministers' meeting when associating the novel coronavirus with China. Some European diplomats told media that Pompeo’s requests had touched the “red line”, and Europe would never “agree with this branding of this virus and trying to communicate this.”

The arrogance that ignores justice, the practices that stir up troubles, as well as the tricks that sow discords are the prominent labels placed by Pompeo on American diplomacy. The typical Pompeo-style diplomatic provocation once again exposed itself when the U.S. high-ranking official groundlessly slandered the World Health Organizations (WHO) lately. The international society opposed the U.S. defunding to the WHO, but Pompeo went farther, saying the organization needs a “fundamental reform” and the U.S. may never restore funding to the UN body.

Such practices conducted when the world is undergoing a global public health crisis are nothing but a heavy blow to international cooperation. Magazine The American Conservative said in an article titled “A Failed Secretary Of State” that the only thing that seems to interest Pompeo is in affixing blame to and scoring points against other states. It noted that his tenure has been defined by issuing lots of unrealistic ultimatums and flinging lots of undiplomatic insults. Neither of those is useful or constructive, especially in an emergency like this one, the article added.

However, Pompeo’s awkward show is not as simple as a game. The top U.S. diplomat’s lies and vicious remarks obviously damage the international cooperation to fight the pandemic. Every lagged effort in the global public health crisis would jeopardize people’s lives.

Thomas Countryman, former U.S. Assistant Secretary of State called Pompeo’s practices “bad policy.” He believes that strengthening the capability of all countries to cooperate on information exchange and best practices will save American lives.

Pompeo’s dark mentality to stop China-America cooperation on pandemic control and strengthen the confrontation against China has sounded an alarm for China-U.S. relations. As a matter of fact, many international observers have pointed out that the healthy and stable development of the international order is facing severe challenges as the U.S. focuses almost all of its national security strategies on major country competition.

No one knows how much longer Pompeo’s virus-like diplomacy will last. The visionary from the international society noted that America’s enemy is the virus, and attacking the other countries will only lead to more deaths.

To stop making troubles for and disturbing global solidarity, and to practically enhance global cooperation on pandemic control is to assume responsibility for the Americans and people around the world. It remains the only right path.