OPINIONS How 'princess' of Angola lost her oil crown

How 'princess' of Angola lost her oil crown 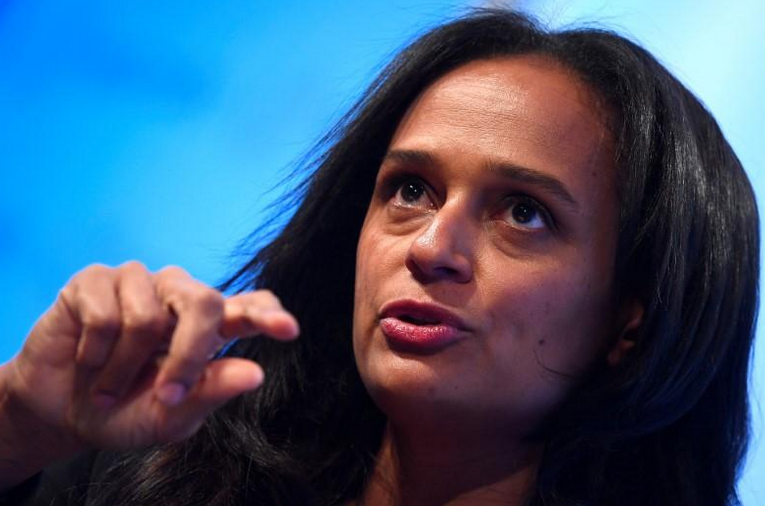 On Oct. 6, with the dust still settling on Angola’s first change of power in 38 years, new President João Lourenço sat down with international oil majors at the presidential palace in Luanda.

The top executives in Angola of Chevron (CVX.N), Total (TOTF.PA), BP (BP.L), Eni (ENI.MI) and Exxon (XOM.N) said the oil sector was being devastated by delays in project approvals at Sonangol and a backlog of payments owed by the state oil company, according to four oil industry sources with knowledge of the meeting.

They warned Lourenço that Angola’s production would decline from 2019 unless swift action was taken to tackle problems at the firm, which was headed by Isabel dos Santos, daughter of his presidential predecessor, the sources said. They declined to be named because the discussions were confidential.

The oil majors all declined to comment on the meeting. Lourenço’s office and Sonangol did not respond to requests for comment.

It was a highly unusual gathering; foreign oil firms operate nearly all of Angola’s production and hold huge sway, but meeting the president as a united group was almost unheard of.

The nature of the discussions has not been previously reported. The talks, and subsequent events leading up to dos Santos’ dismissal, shed light on the reasons behind her ouster - a decision never officially explained.

They offer new insight into the current state of the most important company in Angola, which relies on oil for a third of its economic output and over 95 percent of exports, and the big challenges facing the new management of the debt-laden firm.

The dismissal also points to the waning power of the dos Santos family, which has dominated Angolan politics and business for decades. Isabel dos Santos’ father José Eduardo had ruled the country since 1979, amassing wealth for his relatives who own companies in almost every part of the economy.

Billionaire dos Santos, who had been Sonangol chair since June 2016, has said she was in the process of restructuring to root out waste and corruption at a company that was struggling even before oil prices plunged in mid-2014.

Her representatives declined to comment for this story, and instead pointed Reuters to two statements, issued in the days after her exit, when she outlined her achievements including reducing debt to $7 billion from $13 billion, raising annual revenue to $15.6 billion from $14.8 billion and cutting costs.

In her departing speech to staff, she said the company had been “nearly bankrupt” when she took over, devastated by the oil-price collapse. “Memories are short,” she added.

However, according to interviews with 10 sources, including the four oil industry sources as well as officials from Sonangol and the government, Lourenço was frustrated with the slow pace of change at the company.

On Oct. 13, a week after meeting the oil majors and 17 days after taking office, the president ordered government ministers, Sonangol and international oil companies to form a 30-day working group to review the state of the industry.

The group’s meetings, many of them led by new Secretary of State for Oil Carlos Saturnino, were tense, the sources said. Saturnino, an oil industry veteran, had been fired by dos Santos from his role as head of production and exploration at Sonangol last year when she accused him of gross mismanagement.

Even though dos Santos had launched a turnaround plan, huge hold-ups in the approval of projects were strangling the oil sector, according to the sources. Her board had implemented a system for checking projects submitted by foreign oil companies which in practice exacerbated the problem, they said.

She had also created a gulf between her board and the rest of the company by surrounding herself with foreign consultants, said the people, who declined to be named due to the confidential nature of the industry review and related discussions.