OPINIONS How Saudi Arabia has overreached on Iran, Lebanon

How Saudi Arabia has overreached on Iran, Lebanon 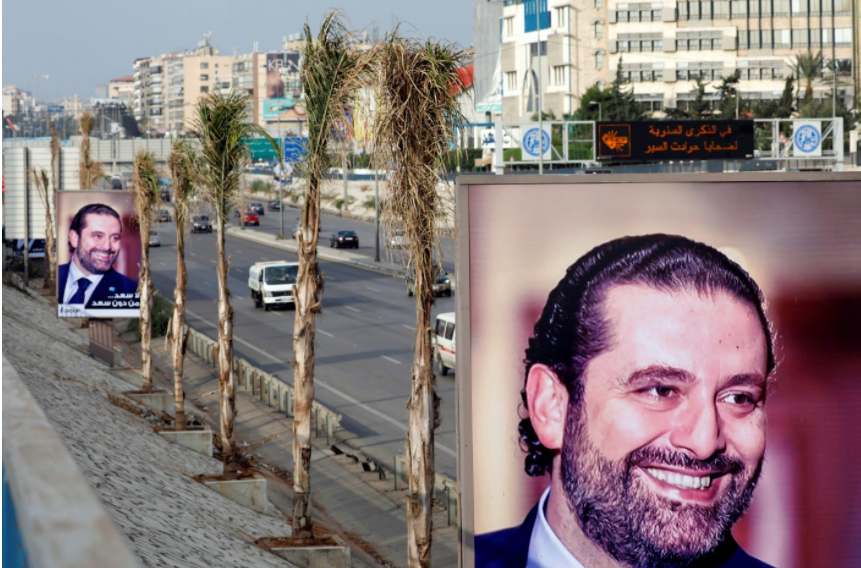 Posters showing Saad al-Hariri are displayed on the airport highway in the Lebanese capital of Beirut,. Hariri returned to Lebanon for Independence Day celebrations after announcing his resignation as prime minister while on a trip to Saudi Arabia. REUTERS/Jamal Saidi

On Nov. 19, Arab foreign ministers gathered in Cairo for an hours-long gripe session against Iran and its ally, Hezbollah. The Arab leaders accused Tehran and the Lebanese Shi’ite movement of destabilizing the Middle East, but they fell short of agreeing on concrete action.

The Arab League meeting capped a month in which the Middle East suddenly seemed to plunge toward a wider regional conflict. Saudi Arabia charged that a missile fired at its capital from Yemen on Nov. 4 was provided to Yemeni rebels by Iran and constituted “an act of war.” Saudi leaders then pushed Lebanese Prime Minister Saad Hariri into a surprise resignation during a trip to Saudi Arabia as a way of exerting pressure on Iran and Hezbollah. “Wherever Iran is involved, there is nothing but devastation and chaos,” Hariri said in his resignation speech on Nov. 4, which was broadcast from the Saudi capital, Riyadh. He added, “Iran’s hands in the region will be cut off.”

These actions underscore a newly aggressive Saudi foreign policy, led by Crown Prince Mohammed bin Salman, who is eager to challenge Iran more directly and has amassed tremendous power under the rule of his father, King Salman.

But forcing Hariri to resign and ratcheting up tensions with Iran over Yemen has backfired on the prince and his advisers. The lack of support from fellow Arab leaders for tougher action against Iran and Hezbollah shows that few Saudi allies are willing to confront Iran directly.

Saudi Arabia had invested years of political effort and tens of millions of dollars to support Hariri and his political movement in Lebanon, especially after the assassination of Hariri’s father, Rafik, in February 2005. The elder Hariri had served as Lebanon’s prime minister for more than a decade, and he became the country’s most prominent Sunni leader and Saudi Arabia’s most important Lebanese ally.

Saad Hariri took office in late 2016, forming a national unity government that included Hezbollah. The power-sharing agreement was approved by Iran and Saudi Arabia. But in recent months, Saudi leaders grew worried that Hariri, who has strong ties to Western and Sunni Arab leaders, was becoming a fig leaf for a government dominated by Hezbollah and its supporters, including Lebanese President Michel Aoun.

Saudi leaders thought that they would be able to push Hariri aside, withdraw political cover from Hezbollah, and make it easier for Sunni Arab states — along with the United States and Israel — to target the group. (After an earlier round of sanctions, the U.S. Congress is considering a new sanctions bill targeting Hezbollah and its funders.)

But after Hariri’s sudden departure, Lebanese from all political factions rallied around him and insisted that his resignation was invalid because Saudi leaders coerced him. As international concern grew that Hariri was being held captive by his Saudi patrons, French President Emmanuel Macron invited him to Paris. Hariri met with Macron on Nov. 18 and returned to Lebanon for the country's Nov. 22 Independence Day celebrations.

Tensions have eased over the past week, and it’s unlikely that the latest crisis will escalate into a military confrontation between Saudi Arabia and Iran. But while the prospect of direct clashes between the two regional rivals has eased, their ongoing proxy war is destabilizing the Middle East.

The two powers have backed competing factions in Iraq, Syria, Yemen and Lebanon since the United States invaded Iraq in 2003. While the conflict is partly rooted in the historical Sunni-Shi’ite split within Islam, it’s mainly a struggle for regional political dominance between Shi’ite-led Iran and Sunni-led Saudi Arabia.

Their proxy battles, which now also involve other powers like Russia and the United States, are at the root of much of the death and destruction in the Middle East in recent years. They have cost hundreds of thousands of lives, especially in Syria, where more than 400,000 have been killed since the March 2011 uprising against the regime of President Bashar al-Assad, which is supported by Iran and Hezbollah. The Syrian war has also produced more than 5 million refugees whose search for sanctuary has triggered political crises in neighboring countries as well as Europe.

In January 2015, Saudi Arabia’s King Abdullah died after 20 years in power. He was succeeded by his brother Salman, who quickly pursued a more aggressive foreign policy. Instead of relying on U.S. military intervention and battling Iran through surrogates and checkbook diplomacy, as his predecessor had done, the new king and his advisers launched a war against Houthi, mostly Shi’ite, rebels in Yemen in March 2015. As the war has dragged on, air strikes by Saudi Arabia and its allies caused most of the estimated 10,000 civilian deaths.

Saudi Arabia is now bogged down in the Yemen conflict. Despite intensive air strikes and a blockade, Riyadh and its allies still have not been able to dislodge the Houthis from Yemen’s capital, Sanaa.

Yemen has become a central arena of the proxy battle, especially after Saudi Arabia’s “act of war” accusation against Iran. The kingdom claimed that the ballistic missile it shot down on Nov. 4 en route to the Saudi capital had been smuggled into Yemen in parts. Saudi officials say members of Hezbollah and Iran’s Islamic Revolutionary Guards Corps assembled the missile, and then helped Houthi rebels fire it from Yemeni territory. (Iran and Hezbollah denied involvement in the missile launch.)

Saudi leaders have since scaled back their efforts to declare Lebanon a hostile state. Already overstretched by Yemen and embroiled in a diplomatic crisis with Qatar, the kingdom cannot effectively challenge Hezbollah, Iran’s main ally in Lebanon, without assembling a broader Arab and international coalition. But this is still a dangerous moment in the Middle East. As long as Iran and Saudi Arabia view their rivalry as a zero-sum game — where one can only gain at the expense of the other — there is a risk of miscalculation that spirals out of control.