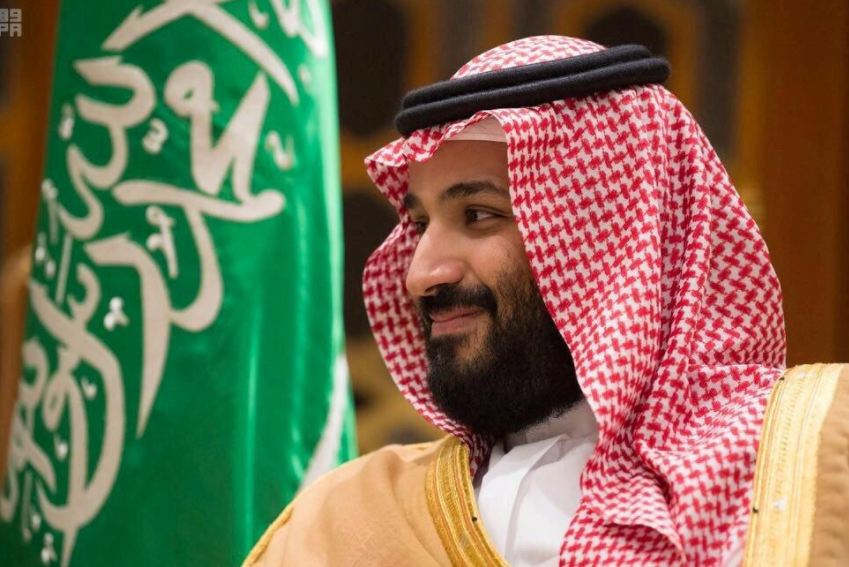 The first hint that something was amiss came in a letter.

On Saturday Nov. 4, guests at Riyadh’s Ritz Carlton were notified by the opulent hotel that: “Due to unforeseen booking by local authorities which requires an elevated level of security, we are unable to accommodate guests ... until normal operations are restored.”

The purge was already under way. Within hours security forces had rounded up dozens of members of Saudi Arabia’s political and business elite, mostly in the capital and the coastal city of Jeddah. Among them were 11 princes as well as ministers and wealthy tycoons.

Some were invited to meetings where they were detained. Others were arrested at their homes and flown to Riyadh or driven to the Ritz Carlton, which has been turned into a temporary prison.

The detainees were allowed a single, brief phone call home, a person familiar with the arrests told Reuters.

“They don’t receive calls and are kept under tight security. No one can go in or out,” the insider said. “It is obvious that there was a lot of preparation for it.”

The purge was ordered by 32-year-old Crown Prince Mohammed bin Salman. Officially next in line to the throne to his father, King Salman, he is now in effect running the country which he has said he will transform into a modern state.

To do that - and in an attempt to shore up his own power - he has decided to go after the Saudi elite, including some members of the royal family, on accusations such as taking bribes and inflating the cost of business projects. Those arrested could not be reached for comment.

At stake is political stability in the world’s largest oil producer. The Crown Prince’s ability to rule unchallenged depends on whether the purge is successful.

The Crown Prince believes that unless the country changes, the economy will sink into a crisis that could fan unrest. That could threaten the royal family and weaken the country in its regional rivalry with Iran.

Prince Mohammed decided to move on his family, the person familiar with events said, when he realized more relatives opposed him becoming king than he had thought.

“The signal was that anyone wavering in their support should watch out,” said the person familiar with the events. “The whole idea of the anti-corruption campaign was targeted toward the family. The rest is window dressing.”

King Salman said the purge was in response to “exploitation by some of the weak souls who have put their own interests above the public interest, in order to, illicitly, accrue money”. Insiders said the accusations were based on evidence gathered by the intelligence service.

Government backers have rejected suggestions that the campaign is really about eliminating political enemies. There was no immediate comment from the royal court on this story.

Among those now holed up at the Ritz Carlton hotel is Prince Miteb bin Abdullah, who is head of the powerful National Guard and Prince Mohammed’s cousin.

Miteb was in his farm house in Riyadh when he was called to a meeting with the Crown Prince. Such an invitation, even at night, would not be unusual for a senior official and would not have aroused suspicion.

“He went to the meeting and never came back,” said a second insider who has connections to some of those who were detained.

Others held include Prince Alwaleed bin Talal, who is chairman of international investment firm Kingdom Holding and a cousin of Prince Mohammed, and Prince Turki bin Abdullah, former governor of Riyadh province and a son of the late King Abdullah.

Some royal watchers said tensions were laid bare during family meetings over the summer. One insider said it was widely known to Prince Mohammed that some of the powerful royals, including Miteb, were resentful about his elevation.

Prince Mohammed, who is widely known in Saudi Arabia by his initials MbS, had said openly in interviews that he would investigate the kingdom’s endemic corruption and would not hesitate to go after top officials.

The vehicle was an anti-corruption committee created by King Salman, and announced on Nov. 4. The king put the Crown Prince in charge, adding another power to the many he has been given in the past three years.

Saudi authorities have questioned 208 people in the anti-corruption investigation and estimate at least $100 billion has been stolen through graft, the attorney-general said on Thursday. The head of the committee said investigators had been collecting evidence for three years.

By launching a war on corruption, the prince has combined a popular cause with the elimination of an obstacle to acceding to the throne.

“MbS used the corruption stick which can reach any one of them,” said Jamal Khashoggi, a former adviser to Prince Turki al-Faisal, intelligence chief from 1979 to 2001. “For the first time we Saudis see princes being tried for their corruption.”

But Khashoggi, who lives in the United States, said Prince Mohammed was being selective in his purge.

“I believe MbS is a nationalist who loves his country and wants it to be the strongest but his problem is that he wants to rule alone,” he said.

Prince Mohammed was appointed defense minister in 2015 when King Salman became monarch. In June, the King named him heir to the throne, pushing aside his older cousin Mohammed bin Nayef, a veteran head of the security apparatus. The royal family acquiesced and by September the Crown Prince had rounded up and jailed religious and intellectual opponents.

The latest detentions are intended to help him push through reforms that promise the greatest change since the reign of King Abdulaziz, founder of the current Saudi state in the 1930s.

That state has rested on an enduring accommodation between the royal family and the Wahhabist clerics who control the hardline version of Islam that originated in Saudi Arabia.

The ruling family promised to give Saudis comfortable lives and a share of the country’s oil wealth. In return, their subjects have offered political submission and promised to follow the country’s strict religious and social codes.

King Abdulaziz, who was also known as Ibn Saud, died in 1953. Since then, Saudi Arabia has been run by the king and below him there has been a group of princes, none of them strong enough to impose his will against the wishes of the others.

Decisions have mostly come through consensus. That arrangement has meant social and political change has been glacial although it has also kept the kingdom stable.

But in moves that position Prince Mohammed as the new Ibn Saud, the Crown Prince is tearing down pillars of rule that had been eroding under the weight of population growth and low oil prices.

Consensus has been replaced by what critics say is one-man rule, opposed by some princes although they would not risk saying so in public.

In the past few decades, every Saudi king had one or two of his brothers, sons or nephews by his side advising and sharing in governance. But Prince Mohammed has not appointed any of his brothers or other close family to top positions, instead relying on a team of advisers -- mainly Saudis though some are U.S.- or British-trained.

King Salman, 82, still has the last word on everything. But he has delegated the running of the kingdom’s military, security, economic, foreign and social affairs to Prince Mohammed. There has been speculation for months, denied by court officials, that the king will soon abdicate the throne to MbS.

Even the Crown Prince’s age is remarkable. The last three kings have reached the throne aged 61, 80 and 79. Prince Mohammed is effectively in charge at 32.

NO GUARANTEE OF SUCCESS

Prince Mohammed says he offers a new social contract: A state that functions better than the rigid bureaucracy of the past, opportunities to have fun and an economy that will create jobs that can last, whatever happens in oil markets.

In September he announced that Saudi women will be given the right to drive. Just three weeks ago, during a conference for investors at the same Ritz Carlton that now houses the targets of his purge, he unveiled a plan for a $500-billion futuristic city where sexes could mingle and robots outnumber humans.

The prince has also drawn up a blueprint to wean Saudi Arabia off its dependence on oil and its subjects off state subsidies and government jobs. The public listing of national oil company Saudi Aramco, planned next year, is its centerpiece.

There are no guarantees the prince’s ambitions will succeed.

Even some admirers ask whether his reach exceeds his grasp. His top-down approach, brooking no opposition, could scare off investors wanting assurances about rule of law and security. Without huge investor support, he will struggle to meet the aspirations of Saudi youth.

War in Yemen, a dispute with the Gulf emirate of Qatar and growing tension with Iran is a concern to investors too.

It should help that Prince Mohammed, following the example of Ibn Saud, sees the importance of forging a special bond with the United States.

During a visit to Saudi Arabia in May, U.S. President Donald Trump urged Riyadh to lead an alliance against Iran and its attempt to cut a Shi‘ite axis through Iraq, Syria and Lebanon.

Soon afterwards, Saudi Arabia and the United Arab Emirates blockaded Qatar, accusing its ruling Al Thani dynasty of supporting Iran and Islamist terrorism. Trump gave his backing. After the arrests of the past week, Trump tweeted support, saying those arrested had been “milking their country for years”.