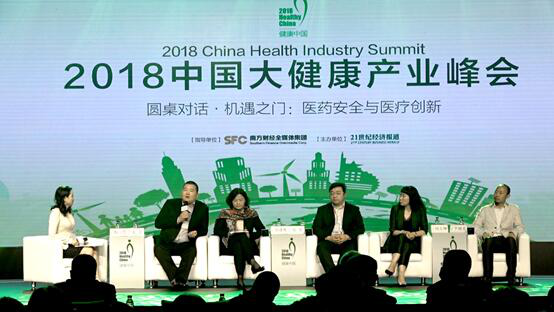 According to media reports, China is drafting a replacement for the "Made in China 2025" plan, with a new program promising greater access to China's markets for foreign companies and playing down China's bid to dominate manufacturing.

The "Made in China 2025" plan is a key concern of the US. The high tech products made by Chinese companies have been targeted amid the US-provoked trade war against China.

All major industrial countries have their own industrial policy that aims to promote high tech development, such as Germany's "Industry 4.0" strategy.

The intent in drafting the "Made in China 2025" plan is obviously justifiable. The discontent and concern it has stirred among the US and other Western countries shows the plan has unique implications for those countries.

The "Made in China 2025" plan emphasizes support to State-owned enterprises (SOEs) and the investment of huge amounts of capital. China's private enterprises have faced difficulties for quite some time and there has been talk of a trend known as "the State advances while the private sector retreats." Therefore, it has become necessary and urgent to create an environment that provides fairer competition between SOEs and private firms.

The objections to the "Made in China 2025" plan made by the US have been beyond China's expectations.

Drafting the plan is a matter of China's sovereign right and China can totally ignore the attitude of the US and focus on its own decision. But China is now deeply intertwined with the world and there are practical reasons to mutually coordinate China's interest and those of Western countries including the US.

Expanding areas of common interest is an important way that China has adopted to continuously move forward its reform and opening-up.

China will likely adjust its future industrial plan and policies accordingly while insisting on its right to develop the country's high technology sector.

The major direction of the adjustment could be granting the market a bigger role and creating an environment for fairer competition between enterprises with different forms of ownership.

Regarding whether or how China should adjust its industrial plan, we would like to analyze the key changes of the overall environment and the principles China should stick to in adapting to these changes.

First, the external environment of China's development and the dynamic of internal and external economic interactions have undergone major changes since the beginning of this year. We need to adopt a pragmatic attitude toward these changes and respond actively.

Second, external pressure has always been a driving force for China's domestic reforms. The more open China is, the more it needs to respond to external demands. China's interaction with the outside world is a result of the need to better realize national interests, rather than being pushed to make humiliating concessions in which sovereignty is oppressed. In the 21st century, China should no longer hold the belief that being tough and confrontational is more politically correct than making concessions.

Third, China's development must lead to win-win results for the world. This is the lifeline of our peaceful development and cannot be a mere slogan. China needs to be more open to the world, increase its momentum of development through expanding foreign cooperation, and bring more benefits to the world.

Fourth, China should not fear taking economic or political risks in further expanding its opening-up policy. Fair competition between all types of companies will force SOEs to reform. In fact, many SOEs are not short of funds, but lack a competitive management mechanism. By unleashing the vitality of various enterprises, China's technological innovations will usher in a new chapter. If a more robust development is achieved, we will have more resources to maintain the political cohesion of the country, avoiding greater ideological risks.

Reform and opening-up is the only path China should follow. We have achieved successful results over the past 40 years, as will we do in the future. We must effectively emancipate our minds and resolutely overcome all the difficulties on the road to success - this should be the motto of Chinese society from generation to generation.