OPINIONS How should the world react to Trump’s obstinacy?

How should the world react to Trump’s obstinacy?

Wen Yang is a senior fellow at the China Institute in Fudan University. The article reflects the author's opinion, and not necessarily the views of China Plus.

The Sino-US trade war officially started on July 6 as the Trump administration's decision to impose a 25 percent tariff on goods from China worth 34 billion dollars came into force, followed by the Chinese government's announcement that it would "counter against the United States through comprehensive measures of quantity and quality." 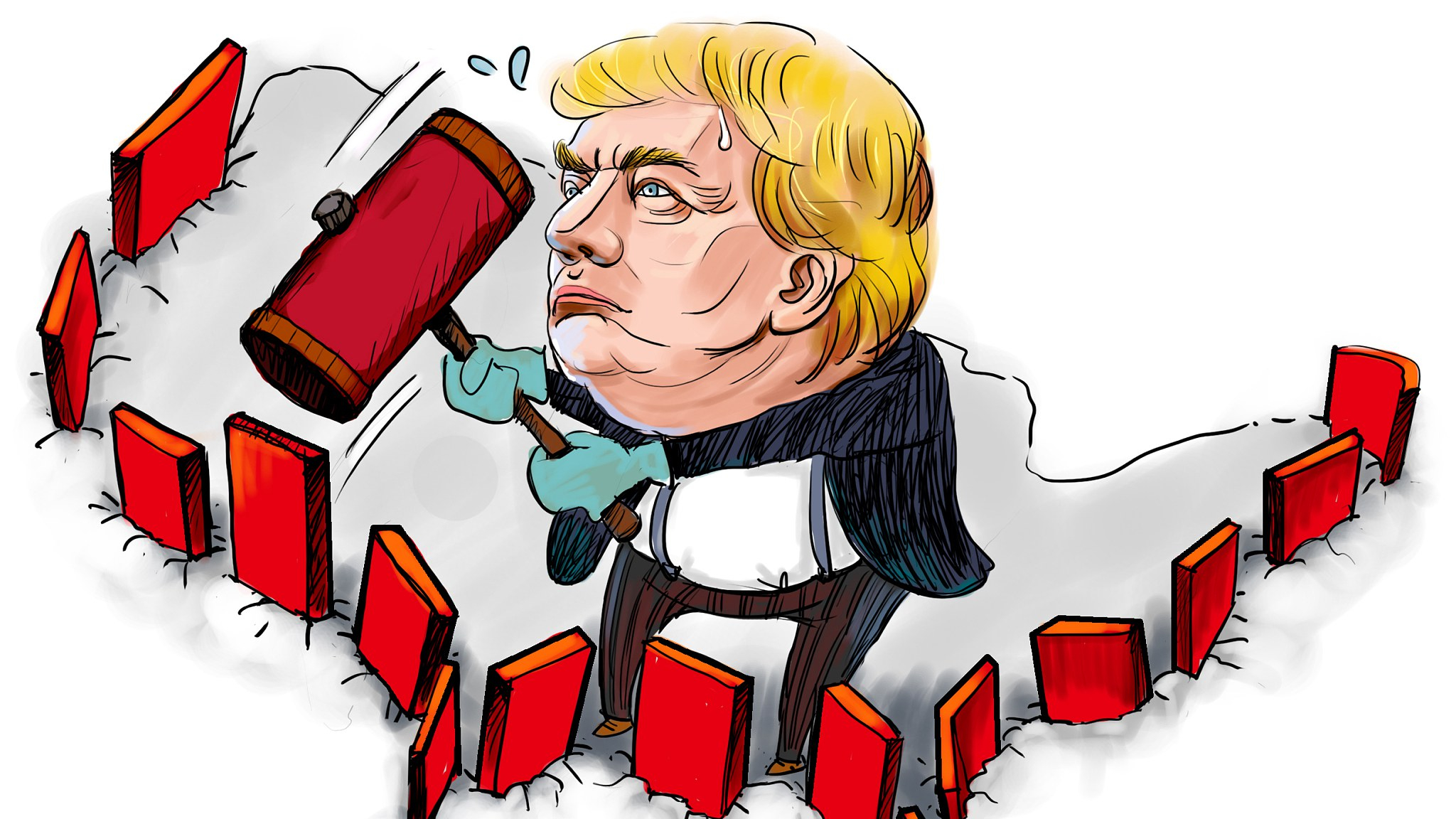 Opinion: How should the world react to Trump’s obstinacy?

The failure to stop the outbreak after three intensive consultations in more than three months shows that things are beyond the scope of common sense.

Both sides are clear that there is no winner in the trade war, and any attempt to improve the trade situation by economically sanctioning other countries is doomed to failure.

Further, any country opening fire on other countries is also firing at itself and the world, and protectionism and unilateralism are outdated as well as inefficient and pose a serious challenge to the global economic and trade environment.

But Trump is determined to start a trade war. Does it mean that the president is a lunatic or a giant baby who is completely unreasonable? 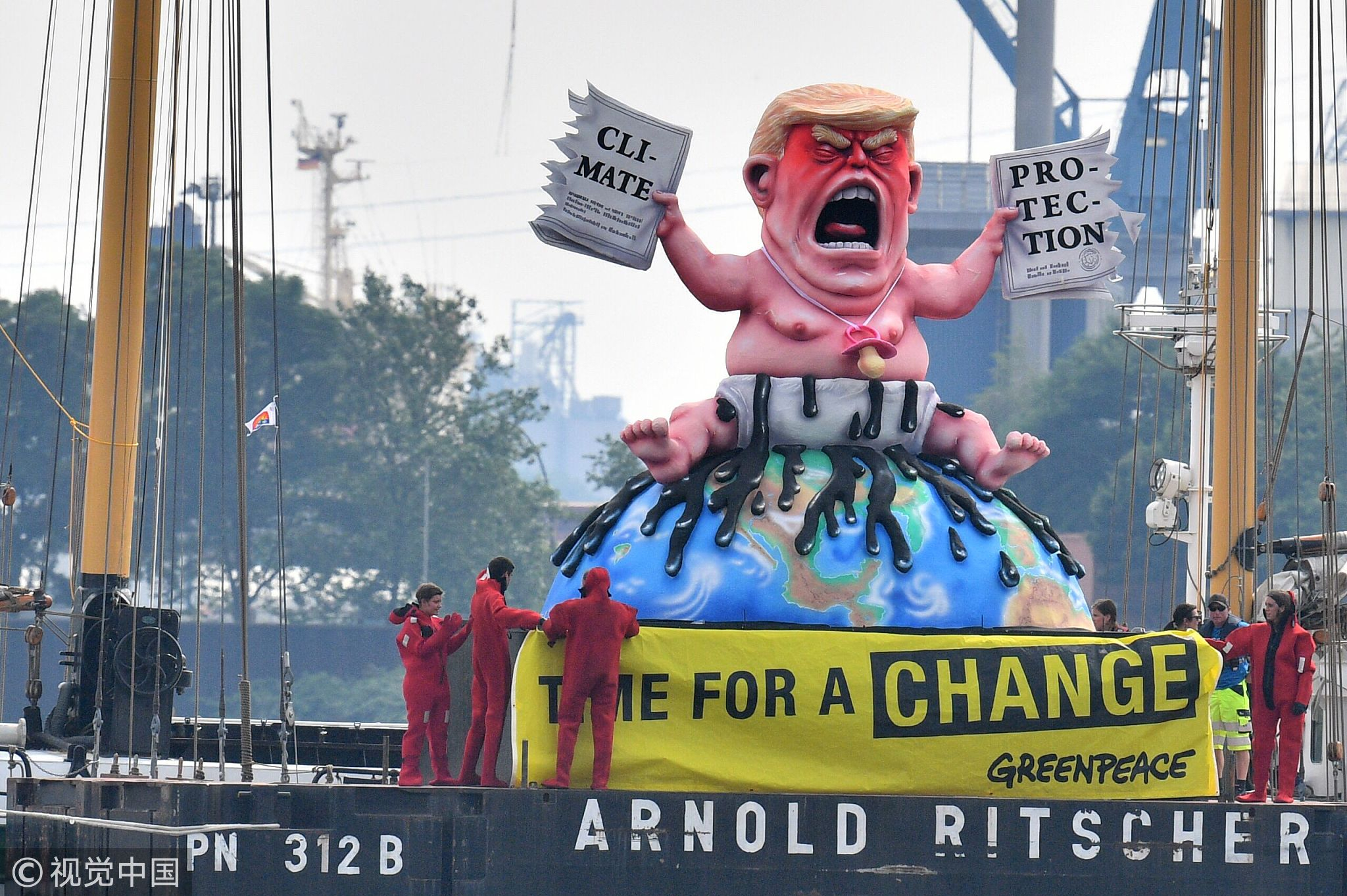 Greenpeace activists protest on a boat with a giant figure featuring US President Donald Trump as a baby, tearing up a climate protection document, on July 7, 2017, in Hamburg, northern Germany. [Photo: VCG]

So far, the majority of people have understood that a small group headed by Trump has made sophisticated calculations. In order to realize its goals, this small group has no hesitation in ignoring the global economic and trade system, even at the cost of the United States self-interest.

Some commentators believe that there are only three people who really intend to trigger a trade war with China – "populist president" Trump, "trade tsar" Robert Lighthizer and Peter Navarro.

Many strange ideas and plans are shared only among this "iron triangle." They do not represent the opinions of others, nor do they represent the overall interests of the US.

This situation seems ridiculous to most countries, but is commonplace in America. For example, the Bush administration was essentially an "iron triangle" composed of "war president" Bush, former vice president Richard Cheney and former secretary of defense Donald Rumsfeld.

Similar to the current situation, the triangle headed by Bush also united for a particular purpose. They did not hesitate to destroy the global political order, and even cost the US interest itself.

Seeing this clearly, we can understand what July 6 means for real: the United States, which is hijacked by a small group, has come back. It intends to act in its own way and make the whole world its enemy. 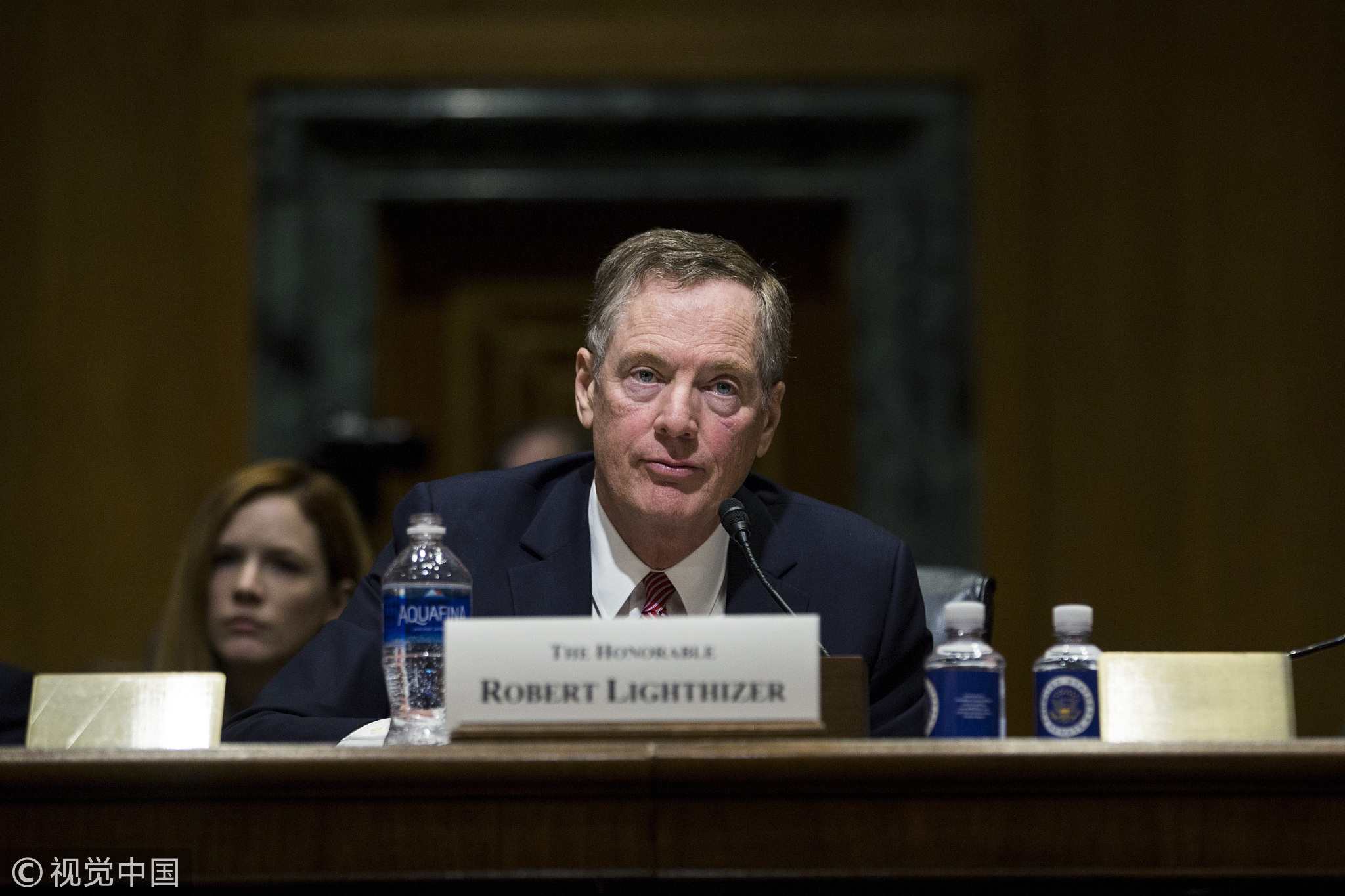 The world was dragged into recession and crisis and even dragged into a full-scale confrontation. But the US doesn't care at all and spares no effort to do so.

Here is the question: What should the world do?

From the current situation, the major economies in the world have conflicts with the United States; meanwhile, among themselves, there is not always a harmony either.

It is unlikely that they will take joint counteraction. China, which has contributed to one-third of the global economic growth, bears greater pressure on its own and has to shoulder greater responsibility.

China has always adhered to the principle of opening up to the outside world and win-win cooperation over the years. Before the outbreak of trade war, China released a new version of the "negative list" and launched a series of measures to deepen the opening-up policy in many fields, such as finance, infrastructure, transportation, culture, automobile, ship, aircraft, agriculture, energy and resources, etc. The restrictions were reduced by nearly 1/4.

This move shows that China's counter measures against the US trade war will never go back to the protectionism and unilateralism as the US did. On the contrary, China will continue to defend the global free trade and multilateral system and promote the stable development of global trade. 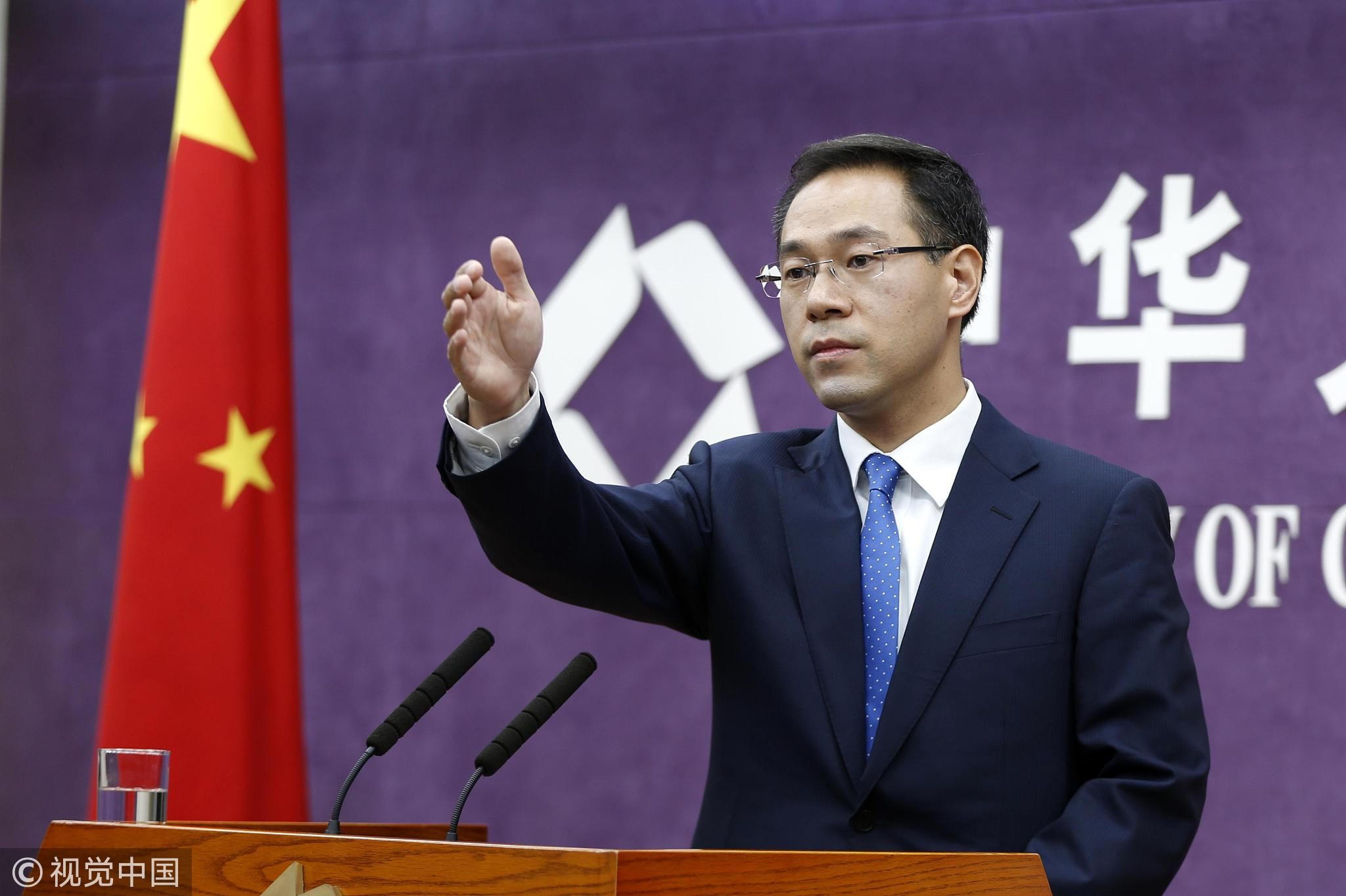 China's Spokesman of the Ministry of Commerce is giving a speech during a regular press conference on July 5, 2018. [Photo: VCG]

Do not count on China to pay for the severe consequences resulted from the unilateralism of the United States. That is without question. Since Uncle Sam launched this reckless trade war, he should be responsible for all the consequences.

As for the other major economies in the world, there are two options at the moment: following Trump's small group, abandoning their responsibilities and obligations, returning to protectionism and unilateralism, or taking China as an example to continue to defend the free trade and multilateral system.

It's not difficult to calculate the results of the two options. And it's easy to see what the small group and the responsible country represent.

The first shot was fired in the China-US trade war on July 6. The destiny of the world economy is determined by the choice of the countries around the globe.