OPINIONS How to lose friends and impoverish people

How to lose friends and impoverish people 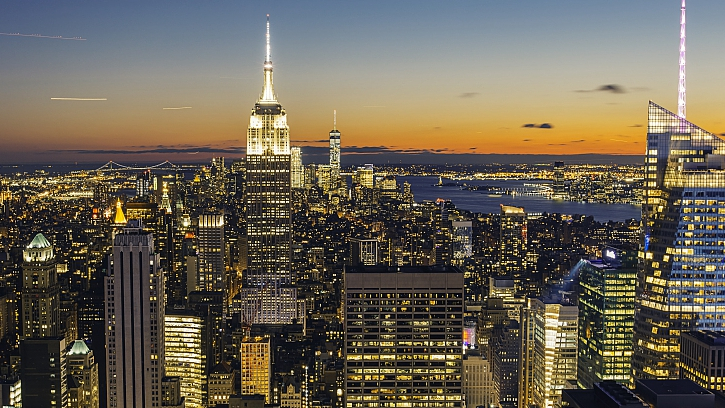 US President Donald Trump's "trade war" with China has been slogging along for more than a year now and could escalate further if current talks do not lead to a deal.

But in the meantime, the Trump administration has also accused two longstanding US partners, Turkey and India, of benefiting unfairly from the US Generalized System of Preferences (GSP) for developing countries.

Having already erected trade barriers against Turkey last year, the US will now revoke the preferential treatment afforded to certain Turkish and Indian imports under the program.

According to the US Trade Representative, "India has implemented a wide array of trade barriers that create seriously. Negative effects on United States commerce."

In fact, it is an insult to suggest that US industry cannot compete with lower-productivity firms in a lower-income country.

India's per capita GDP, at around 1,900 dollars in 2010, is one-quarter that of China and less than one-twentieth that of the US.

And that is a vast improvement on previous decades, when India, like most developing countries, was abjectly poor, with an extremely low literacy rate, abysmal infrastructure, and a weak health system.

After India's independence in 1947, its first government, under Prime Minister Jawaharlal Nehru, made economic development a top priority and based its policies on the belief that Indian producers could not possibly compete with those in advanced economies.

Accordingly, India prohibited imports of goods that could be produced domestically and imposed high tariffs and quantitative restrictions on many other imports. It wasn't alone.

During the decades after World War II, most other developing countries – including China and Turkey – did the same, while also establishing or expanding significantly the role of state-owned enterprises (hereafter SOEs) and limiting or prohibiting that of private companies.

Yet by the 1990s, China, India, Turkey, and many other developing countries had all experienced decades of disappointing growth. With trade protectionism having clearly impaired their competitiveness and overall economic performance, they removed almost all of their quantitative restrictions and began lowering tariffs substantially.

At the same time, many countries moved to more realistic exchange rates, adopted policies to control inflation, and relaxed or eliminated controls on private enterprises, while reducing the role of SOEs in their economies.

The results ranged from good to spectacular. For example, in the three decades following Republic of Korea's (ROK) adoption of an "outward-oriented trade strategy" in the early 1960s, real (inflation-adjusted) wages there rose sevenfold.

People in the ROK had moved to a realistic exchange rate, allowed exporters to import intermediate inputs duty and license-free lowered tariffs, and kept inflation under control.

Lastly, Turkey, despite being an oil importer, experienced the highest growth rate in the world in the late 1980s, following its removal of protectionist policies earlier that decade.

In all of these cases, the lesson was learned: open trade, accompanied by appropriate domestic policies, is good for growth.

There are a number of reasons for this. Whereas competition and the opportunity to learn from others make domestic producers more efficient and innovative, high protectionist trade barriers can result in sclerotic monopolies.

Moreover, world markets enable economies of scale in production, and provide exporters with the precise amount and type of inputs they need – and precisely when they need them – at the lowest price.

All told, countries that have pursued greater economic openness have enjoyed improved nutritional, health, and educational outcomes, as well as higher productivity and incomes. And those that have not – namely Russia, the DPRK, and some countries in Africa – have fared poorly.

For an outward-oriented strategy to be successful, politicians must refrain from overregulating the economy, and private economic activities should take place on a level playing field.

If a large country like China intervenes in ways that affect the world market – such as by subsidizing steel production – a multilateral response is the best policy. In an interconnected global economy, all countries must work together.

The Trump administration disagrees. But its complaints about "unfair" tariffs elsewhere are hard to take seriously, given that the US is raising its own trade barriers.

If history is any guide, the current US approach to trade will result in deteriorating US economic performance, because it implies that yesterday's industries will be coddled while the industries of tomorrow will be starved of investment.

The great irony is that if China, India, and other developing countries continue to remove protectionist barriers and create a level playing field, they will grow stronger and more competitive vis-à-vis the US.

As a democracy with a rapidly growing economy, India should be a natural friend for America, not least in its efforts to contain China. The Trump administration's decision to pick on the country thus makes no sense.

Indeed, behind all of Trump's trade moves is a perverse bargain. The US is essentially threatening to harm its own economy unless other countries abolish their protectionist policies and become more competitive.

But if the goal is to protect US producers from foreign competition, the administration should be doing exactly the opposite: encouraging developing economies to increase their reliance on inefficient SOEs, protecting against foreign competition, and allowing political interference in the economy.

That, together with higher investment in basic research, education, and infrastructure, would ensure America's global economic primacy for decades to come.