OPINIONS How to meet the next big growth challenge

How to meet the next big growth challenge 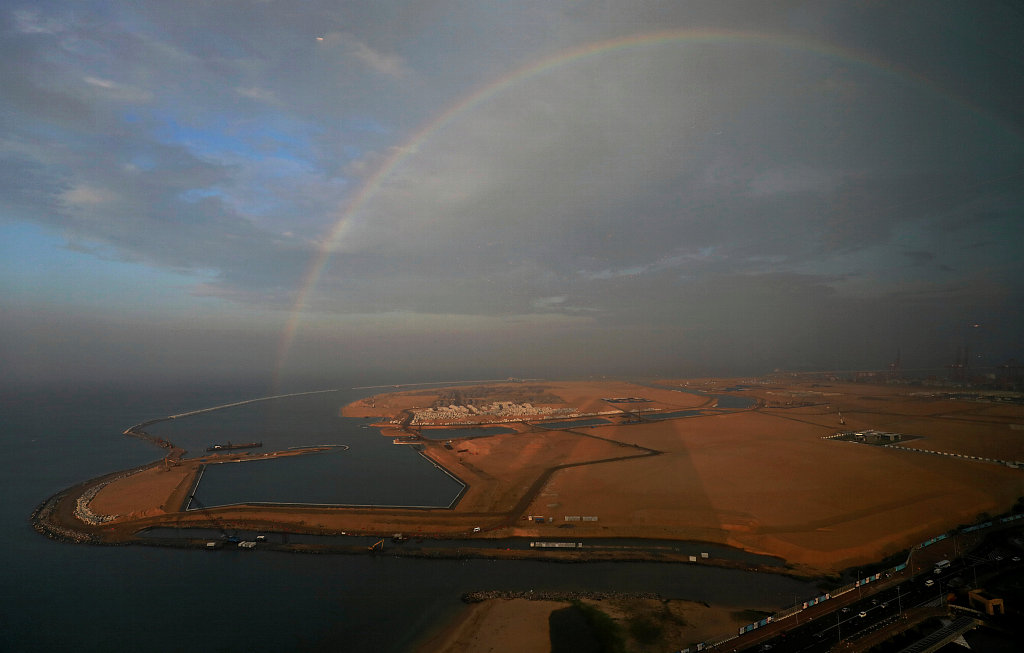 A general view of Colombo Port City construction site, which is backed by Chinese investment, is seen with an overarching rainbow in Colombo, Sri Lanka, January 16, 2019. (Photo: VCG)

The global economy is undergoing very large structural shifts, driven by three mega-trends. One is the digital transformation of the foundations on which economies are built and run. Another is the growing purchasing power and economic strength of emerging economies, China in particular. And third, there are broad-based political economy trends, which include rising nationalism, various forms of populism, political and social polarization, and a possible breakdown of the multilateral framework within which the global economy has functioned since the end of World War II.

The media devote most of their attention to the economic, social and regulatory challenges arising from these megatrends, and to the trade, investment and technology tensions between China and the United States. Yet a significant share of the world's population lives in poor countries, or in poorer parts of developing countries. Besides, the rapid reduction in global poverty over the past three decades is primarily the result of sustained growth in developing economies.

The future growth prospects of today's early-stage (that is, lower-income－some growing and others not) developing countries will be of huge importance in reducing poverty further. Although these countries face significant headwinds, they could also seize important new growth opportunities－especially with the help of digital platforms.

The headwinds are certainly considerable. For starters, advances in digital technologies－robotics, machine learning, sensors, and vision－directly threaten the labor-intensive manufacturing and assembly upon which lower-income, nonresource-rich economies have traditionally relied.

Moreover, climate change has had its greatest economic impact on the tropical and subtropical regions where most of the lower-income countries are located. The effects of global warming are highly disruptive in fragile economies, and, taken together, constitute a major new obstacle to growth.

Fertility rates, meanwhile, remain astonishingly high in some countries, especially in Sub-Saharan Africa. In a few of the poorest－Niger, Mali and the Democratic Republic of Congo－the rate is 6-7 children per woman. The resulting flood of new entrants to the labor market is far outstripping the number of jobs available.

No known growth model can accommodate or keep up with this kind of demographic surge. Even sustained economic growth of around 7 percent per year won't be enough. And although fertility tends to decline as incomes rise, that does not happen immediately. Empowering women, therefore, may be the most effective way of starting to address the challenge.

Conflict also disrupts growth. Although many conflicts appear to have a religious or ethnic basis, some scholars believe their root cause may be economic, with ethnic divisions serving as a way to exclude other groups from access to scarce resources and opportunities. Whatever its source, inequality of opportunity has a highly disruptive effect on governance and hence growth.

But these obstacles are not insurmountable. For one thing, developing countries now have huge potential export markets in middle-income countries, and no longer depend entirely on advanced economies for access to global markets.

There is also a renewed awareness of the importance of infrastructure in enabling growth. In addition to roads, railways and ports, electricity and digital connectivity are crucial. In this regard, the rapid expansion of cellular wireless technology, combined with the installation of high-capacity undersea broadband pipes around Africa, represents major progress. And the China-proposed Belt and Road Initiative－although criticized by much of the West, and the US in particular－could bring dramatic improvements in physical and digital connectivity to Central Asia and parts of Africa.

Further advances in critical infrastructure will create important growth opportunities for developing countries via e-commerce, mobile payments, and related financial services. The experience of China suggests that these digital platforms, and the ecosystems that develop around them, are powerful engines for incremental, highly inclusive growth.

China, of course, is a very large, homogenous market. If smaller, lower-income developing countries are to benefit from equally rapid inclusive growth, the digital platforms will have to be regional and international in scope.

Some are starting to emerge. Jumia, a Nigeria-based e-commerce platform covering 14 African countries, recently went public on the New York Stock Exchange, amid considerable excitement. True, the company faces similar obstacles to those that Asian and Latin American platforms previously had to overcome, including a lack of reliable payment systems, low trust between buyers and sellers, and logistics and delivery bottlenecks. But the experience of other regions shows that these shortcomings can be addressed over time.

Internet regulations must not be disruptive

The bigger risk to these platforms stems from the inevitable and necessary increase in regulation of the internet around the world. In particular, diverse national regulatory regimes may inadvertently or deliberately disrupt or block the international development of e-commerce ecosystems, hurting lower-income countries in the process. Avoiding the creation of such unintended obstacles should therefore be a high priority for the international community.

Today's lower-income countries already face a tough task in trying to emulate the impressive growth of developing economies before them. An underperforming global economy, and rising national and international tensions, will make that task even harder. If the world is serious about reducing poverty further, it must pay far more attention to their progress.

The author, winner of the Nobel Prize in economics, is a professor of Economics at New York University's Stern School of Business and senior fellow at the Hoover Institution.