OPINIONS How to understand DPRK-Russia relations

How to understand DPRK-Russia relations 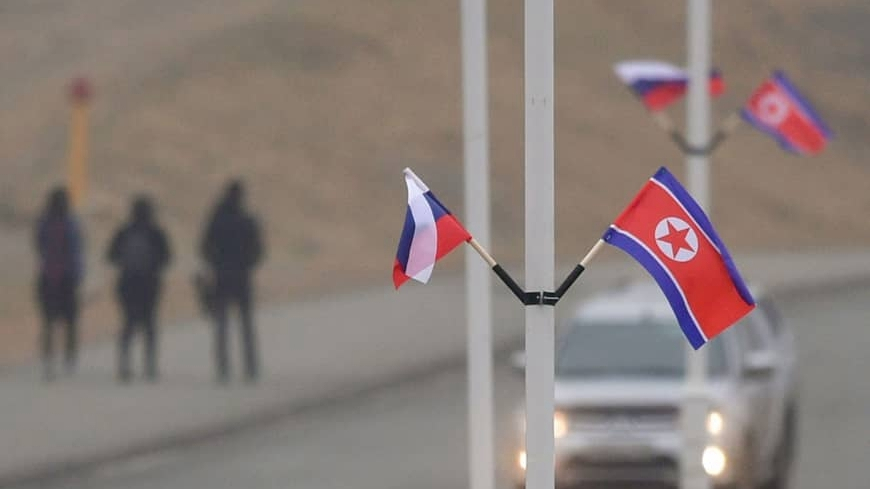 On Wednesday,  Democratic People's Republic of Korea (DPRK) leader Kim Jong Un arrived in Russia to meet with President Vladimir Putin at Vladivostok in the country's the Far East. The summit comes amid a breakdown in diplomacy between Pyongyang and Washington, with large differences pertaining to the matter of denuclearization negotiations.

In the midst of a common adversary, ties between the DPRK and Russia have in recent years become increasingly cordial, with Putin having made a number of attempts to invite Kim to the country.

Nevertheless, it is a bilateral relationship which has never been sealed in stone nor genuine commitment to the cause or support of the other.

While both sides have clear interests in articulating such ties, it can never be described as a true marriage of any kind but a "strategic convenience." Thus, since the Cold War era, DPRK-Russia ties have repeatedly moved up and down over the years in accordance with the geopolitical priorities of each country.

Now, Kim Jong Un sees Moscow once again as an "option" to create political space for the DPRK and strengthen his negotiating hand against Washington, but just how much are they willing to give?

The DPRK's diplomacy towards larger powers is always rooted within two key principles, that is first: to avoid being dominated by them and place emphasis upon "independence" but nevertheless secondly: to gain whatever benefits from them are on offer.

As a described "shrimp amongst whales": DPRK purposefully strives to balance itself between numerous great powers, all while exploiting the strategic interests of such countries to their own ends.

As a gigantic and powerful neighbor to Pyongyang, this strategy is very much the case in application to its relationship with Moscow. Despite that the DPRK itself was a country once created through the support of the Soviet Union, its relationship with the Eurasian giant has been mixed with elements of both apprehension, but also opportunity.

From the very beginning, the first DPRK leader Kim Il Sung sought to remove the ideological influence of the Soviet Union from his country through the creation of the Juche ideology, initiating a balancing strategy between Moscow and Beijing, all while courting huge subsidies from the country owing to its strategic interests in Korea  (DPRK). Even at the climax of the Cold War, never were the two countries real allies, simply linked by mutual convenience.

Although the end of the Cold War would see DPRK-Russia ties frost over, owing to Moscow's short-lived attempt to court the United States, the rise of the Putin era and renewed antagonism with Washington would see the aspect of "strategic convenience" gaining a new lease of life.

Apprehensive of the continued expansion of NATO into Eastern Europe and feared strategic contagion by the US, Vladimir Putin from the early 2000s placed renewed consideration into the DPRK, visiting the country himself in 2001 and meeting then-leader Kim Jong  Il.

As the relationship between Russia and the West intensified following crises in Crimea and Eastern Ukraine in 2014, the strategic value of ties with the DPRK subsequently gained priority, with Russia making a number of gestures towards Pyongyang including a debt forgiveness, an invitation for Kim to the 70th anniversary of the end of World War II in Eastern Europe, as well as food aid pledges. Nevertheless, the DPRK seemed more focused on the United States through the development of nuclear and missile capabilities.

But in 2019, things changed. Kim's strategy of using enhanced nuclear and missile capabilities to permanently redefine the relationship with Washington on favorable terms did not fully go to plan. The summit between Kim and Trump in Hanoi ended in disaster, with America refusing to offer any sanctions relief unless the country surrendered its entire nuclear program. Nothing has changed on that front since.

These events have forced the DPRK leadership to reconsider their position. By meeting with Putin, Kim Jong Un hopes that he can create diplomatic and political space for himself to force Washington's hand.

But what can Moscow give to Pyongyang?

If Kim is seeking sanctions relief, this is an avenue that will be limited. No UN Security Council Resolutions can be removed without the consent of the United States.

If Russia is prepared to dull down sanctions in Pyongyang's favor, then it may bring upon itself more US unilateral sanctions, something which is not in their interests to have.

These considerations make what can be offered on an economic level, small. At the least, however, Kim can secure support for his position from Russia, something which will strengthen his negotiating hand.

As a whole though, the Moscow-Pyongyang relationship must be seen in the framework as not an alliance or a common cause, but a relationship of strategic convenience wielded together by the consideration of a common adversary.

Given this, the whole summit between the two leaders might be more aptly described as being a message for the United States.

It remains to be seen what results will come of it.