OPINIONS How Western economies can avoid the Japan trap

How Western economies can avoid the Japan trap

Editor's note: Mohamed A. El-Erian, Chief Economic Adviser at Allianz, the corporate parent of PIMCO where he served as CEO and co-Chief Investment Officer, was Chairman of US President Barack Obama’s Global Development Council. He previously served as CEO of the Harvard Management Company and Deputy Director at the International Monetary Fund. He was named one of Foreign Policy’s Top 100 Global Thinkers in 2009, 2010, 2011, and 2012. He is the author, most recently, of The Only Game in Town: Central Banks, Instability, and Avoiding the Next Collapse.

Not too long ago, the conventional wisdom held that “Japanification” could never happen in Western economies. Leading US economists argued that if the combined threat of weak growth, disinflation, and perpetually low interest rates ever materialized, policymakers would have the tools to deal with it. They had no problem lecturing the Japanese about the need for bold measures to pull their country out of a decades-old rut. Japanification was regarded as the avoidable consequence of poor policymaking, not as an inevitability. 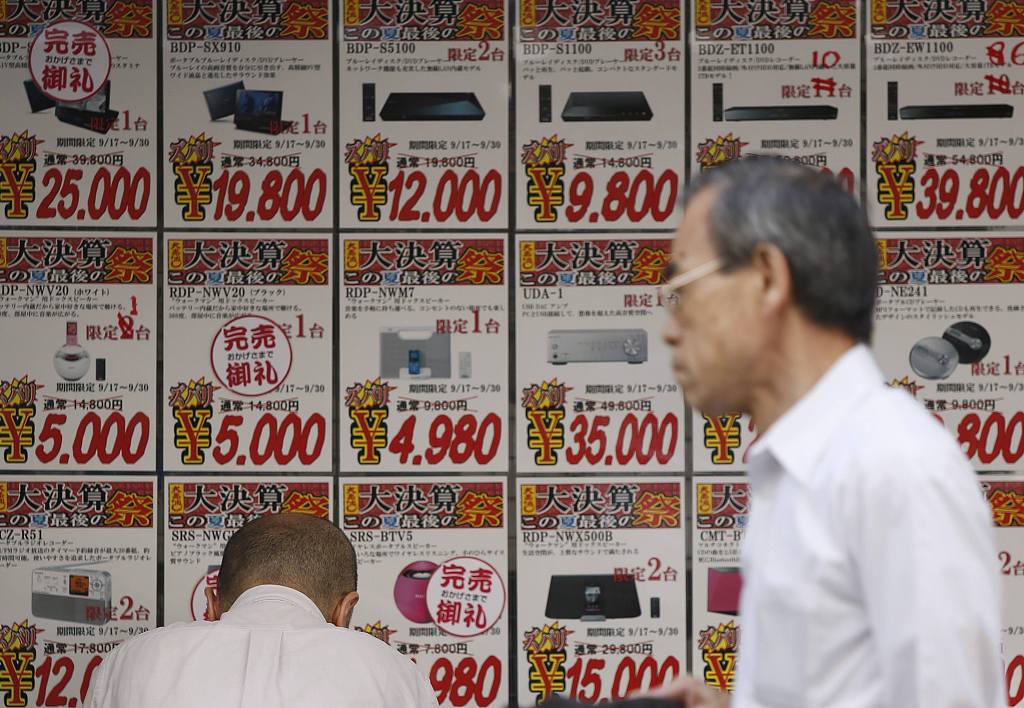 And yet the specter of Japanification now looms over the West. After the 2008 financial crisis, the recoveries in both Europe and the United States were more sluggish and less inclusive than the majority of policymakers, politicians, and economists expected. And, more recently, hopes for achieving “escape velocity” out of the “new normal” of low growth and persistent disinflationary pressure have been dashed in Europe and Japan, and some worry that they may be receding in the US.

Europe, in particular, is back in the grips of a worrisome regionwide slowdown. Growth projections have been consistently revised downward, and the European Central Bank has acknowledged that its earlier optimism about achieving on-target inflation was misplaced. With yields on government bonds having fallen, the global trade in securities at negative interest rates has reached around $10 trillion.

Meanwhile, Japan is approaching its fourth consecutive decade of consistently low nominal growth, inflation, and interest rates. And in the US, a growing number of economists are worried about a coming slowdown, with some urging the US Federal Reserve to cut interest rates, and others calling for it to adopt a higher inflation target in order to combat the risk of excessive disinflation.

Were all those Western economists who dismissed the threat of Japanification in the past being too glib? Yes and no. 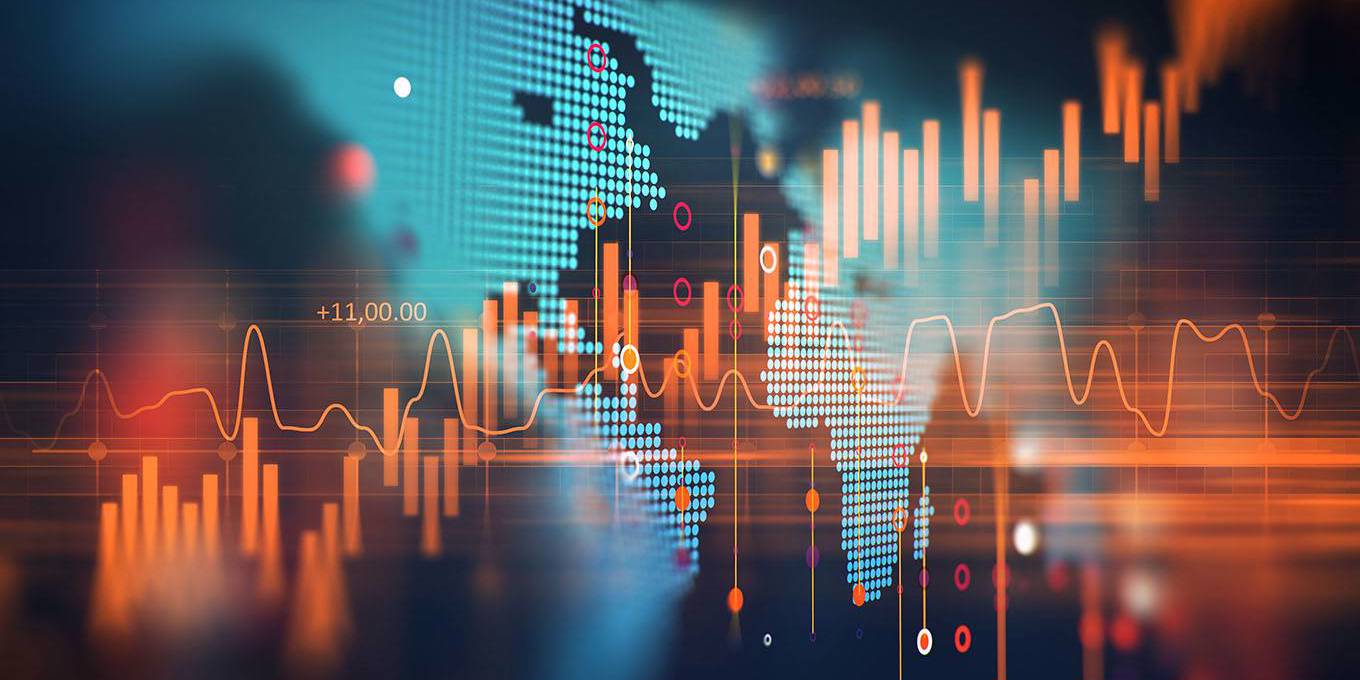 Today’s Japanification fears stem from legitimate worries about structural disinflationary forces that could cause lower, less inclusive growth, both directly and indirectly. These forces include societal aging, rising inequality (in terms of income, wealth, and opportunity), social and economic insecurity among broad segments of the population, and a loss of trust in institutions and expert opinion.

Along with the zombification of firms after the last asset bubble, these structural factors have led to lower demand, as well as increased risk aversion and self-insurance, rather than growth-promoting risk-pooling, at the margin. Innovation, particularly in artificial intelligence, big data, and mobility, is another factor. Though the economic impact of these technologies is ambiguous, there is no doubt that they are reducing entry barriers across a growing number of economic activities and putting downward pressure on prices (the “Amazon effect”), at least in the short term. Nonetheless, their long-term effects on growth and productivity remain to be seen.

Growth is also being undercut in less direct ways. For example, persistently low – and in some cases negative – interest rates tend to eat away at the institutional integrity and operational effectiveness of the financial system, thereby reducing bank lending and limiting the range of long-term products that insurance/retirement firms can offer to households. Another indirect effect stems from expectations about the future. The longer growth and inflation remain low, the more tempted households and companies will be to postpone consumption and investment decisions, thus prolonging low growth and inflation.

The Western economists who initially underestimated the threat of Japanification did so because they had downplayed or simply ignored these direct and indirect factors. In retrospect, they should not be surprised to find that the societies with the fastest-aging populations and less inward migration are the ones now struggling with Japanification. 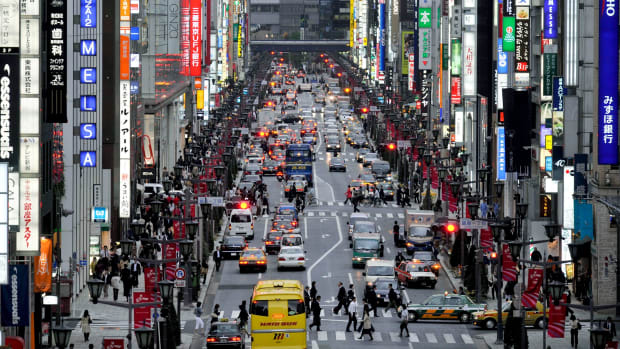 Still, those economists were not wrong to argue that policies can play a decisive role in macroeconomic outcomes – especially when structural forces are being amplified by excessive cyclical tightening, as was the case in Japan in 1989. The problem is that they have tended to focus too narrowly on monetary policy, while overestimating its effectiveness. Countries at risk of Japanification need a much broader mix of policies to address both the demand side and the supply side of the economy.

Monetary policy, after all, is less effective near the “zero bound” and in scenarios where other “liquidity trap” factors are in play. Large-scale balance sheet operations like quantitative easing (QE) can buy time by seeking to inject more liquidity directly into the system. But they don’t address the underlying issues, and they come with their own set of costs, forms of collateral damage, and unintended consequences.

The strongest protection against Japanification, then, is a combination of demand- and supply-side measures at the national, regional (in the case of Europe), and global levels. In countries with adequate fiscal space, this could mean looser government budgets and more productivity-enhancing investments (such as in infrastructure, education, and training). And in any country facing skills shortages, increased legal migration and better policies to facilitate labor mobility can help close the gap.

Moreover, these policies would need to be accompanied by more effective protections for the most vulnerable segments of the population, particularly when it comes to health, training, and labor retooling. None of this will materialize without better political leadership and more enlightened global policy interactions.

Japanification offers three lessons that Western policymakers and politicians have yet to internalize sufficiently. First, structural pressures make prompt action to reverse low growth, disinflation, and zero-to-low interest rates all the more critical. Second, unconventional monetary measures may be necessary, but they certainly are not sufficient. And, third, when crafting the required comprehensive policy response, we must recognize that the hurdles are a lot less technical, and a lot more political.