OPINIONS How will Europe respond to China’s rise?

How will Europe respond to China’s rise?

Two recent events in Europe have been extensively followed by Chinese media. First, as UK's general election was held on December 12 amid a volatile political climate, Brexit became a foregone conclusion. Second, the 5G technology of Chinese tech giant Huawei is facing resistance in Europe. The two events are landmarks in China-Europe and Asia-Europe relations in the 21st century. 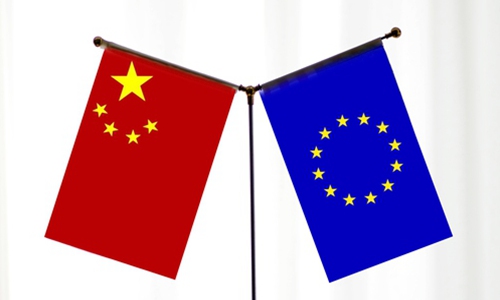 It was said that "the sun never sets on the British Empire." More than 500 years ago, the empire invaded Asia with the power of the East India Company and plundered extensive wealth. Some regions of Asia became British colonies and the main force for Western civilization to expand toward the East during the past five centuries.

Western expansion was not limited to the economic sphere, but was comprehensive - covering ideology, culture, diplomacy and governance systems. Almost all Asian countries have not been able to get rid of its impact. Even as its imperial power has eroded and the UK has cut its links with the European integration process, Britain's impact on Asia is still ubiquitous.

Until today, the looming ethnic conflicts and border disputes in Asian countries are still closely related to British or European colonial rule. More importantly, the ideas for resolving these problems have not yet emerged from the outdated mind-set.

With Huawei's 5G technology entering Europe, the continent feels China is at the door. Some countries must have become nervous while others are reluctant to accept the fact that Chinese companies have become rule-makers in some areas. They are not prepared for embracing the new rules.

Huawei's development represents the rise of China and the rise of Asia, which reflected a new norm of globalization in the beginning of the 21st century - decline of Western civilizations represented by the UK and the simultaneous rise of Asia represented by China. Such change has just started and it will last throughout the 21st century, triggering significant changes in globalization.

During that process, Europe as the cradle of Western civilization, will be severely challenged. How Europe deals with the rise of China and Asia is closely connected with European integration.

Conservatism will be back by closing the door, which is already obvious among some traditional European powers. But the challenge originating from the rise of China can actually be an impetus for Europe to increase its competitiveness and encourage Europeans to follow the roadmap designed by the pioneers of the EU.

However, if Europe wants to boost competitiveness and reinvigorate its spirit of innovation, it must correctly understand the new changes that have taken place during globalization. Closing the door will only lead to a dead end. Blocking the development of others can only bring temporary reprieve. This is what history has showed China, Asia and Europe. This is also why China has been waiting to see how Europe would treat Huawei's 5G technologies.

A developing China and Asia need Europe as a crucial pole in a multipolar globe. Europe could play an extremely vital part in the future change of the global order. More importantly, the opening-up of Europe and China needs to shape an interactive and mutually beneficial environment.

Asia is no less challenged by globalization than Europe. The development of Asia is a process of constantly breaking the rules and orders designed by colonists. Meanwhile, it also faces the challenge of how to establish new rule and orders. Breaking and establishing the rules are inseparably interconnected while the shaping of new rules means Asia is making more and more contributions to global peace and development.